A 2009 earthquake wreaked havoc in American Samoa, but damage extended beyond immediate impacts. Since the event, the island has begun to subside, magnifying the effects of sea level rise.

Scientists explain that American Samoa’s subsidence is due to its location around the fault zone. The afore-mentioned earthquake triggered tectonic mechanics that are causing the crust to slowly sink. Interestingly, in Samoa, which is merely 164 kilometers away from American Samoa, tectonic shifts push the island both horizontally and vertically at equal rates, hence slowing down the rate of sea level rise.

Extreme weather events occur regularly in this part of the Pacific, and floods can be a dangerous nuisance. Sea level rise increases the likelihood and worsens the effect of floods, and coastal cities all over the world are in a race against time to adapt. American Samoa is particularly vulnerable, and officials only recently became aware that they have less time than most to do so.

Earth.Org has mapped what extreme flooding would be like in American Samoa by 2100 to illustrate the need for action. 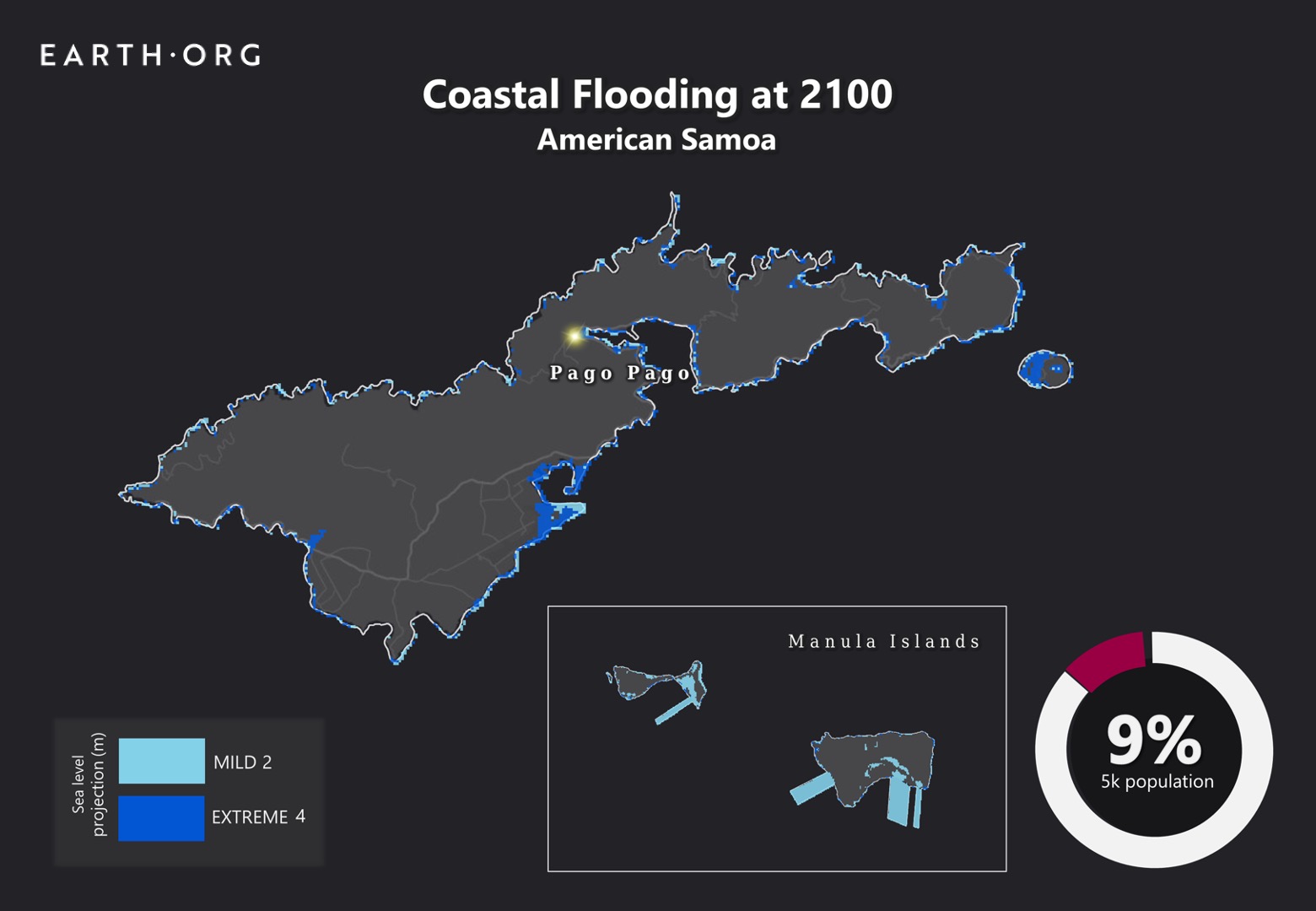