Antwerp is another city that must prepare for the impact of sea level rise. Sitting on the Scheldt river estuary, it already features flood protection against North Sea tidal surges, but these won’t be sufficient to contain severe floods by the end of the century.

Earth.Org has mapped what one of these floods could look like.

Built on the Seascheldt estuary, Antwerp is surrounded by a vast expanse of flatlands that regularly flood at high tide creating mudflats and salt marshes.

When the city experienced disastrous floods in 1953 and 1976 it became clear that its inhabitants needed to build protection against storm surges. They dug a 512 km long dike as part of a strategy dubbed the Sigma plan, with deviation for the water to enter controlled flooding areas.

Another component of this plan is a concrete wall around the city, 5.5 km long, and 1.35 meters high. Well aware of the rising sea levels, this barrier will be elevated by another 90 centimeters, but it also affects quality of life when the view of the sea is cut off. Mobile water barriers are also being considered, but the cost of construction and operation is higher. It may well be worth the cost if we do not curb global emissions soon.

Earth.Org has mapped what extreme flooding could look like in Antwerp by 2100 to raise awareness of the risk. 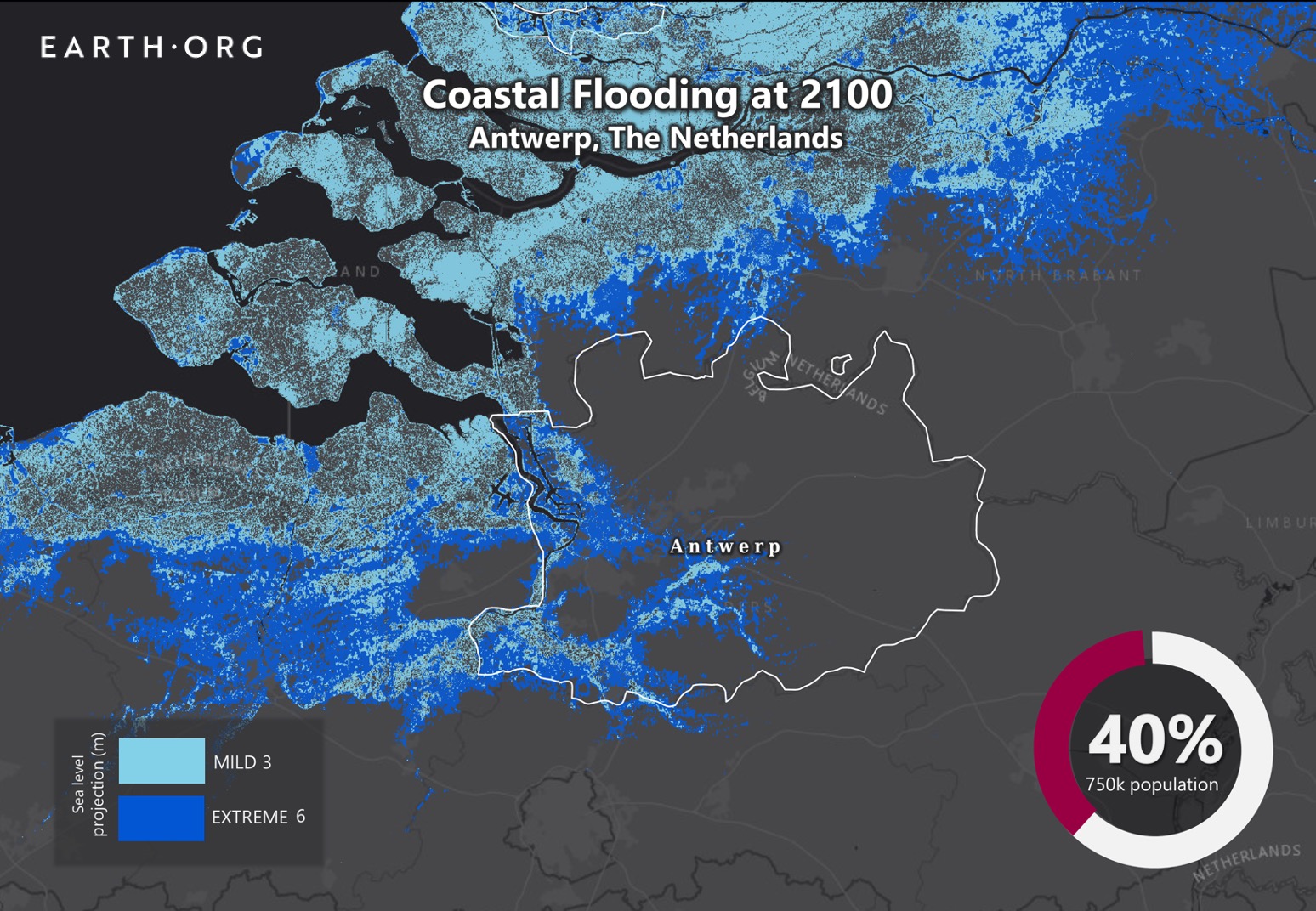