A governmental body in Colombia has estimated that 17 000 hectares of its land could be reclaimed by the sea by 2040. This puts its major coastal cities, Barranquilla, Cartagena, and Santa Marta, at risk of severe flooding. This could cause structural damage, freshwater shortages, agriculture damage, and loss of tourism.

Earth.Org has mapped what these urban floods could look like by 2100.

Located near the Caribbean Sea, Barranquilla is the fourth largest city in Colombia. Home to 2.4 million inhabitants, it lies next to the Magdalena River and serves as a major port for riverine and maritime trade. It faces many natural threats, from river floods to landslides, that will be magnified by climate change.

Barranquilla is surprisingly devoid of rainwater drainage systems, representative of poor city planning, and high vulnerability to flood risks. When the city floods, the roads turn into dangerous, fast-flowing rivers called arroyos that can sweep away cars, let alone people.

Sea level rise is set to worsen the situation, and the Ministry of Environment has been pushing for legislation and planning to prepare the country against disaster. Some level of agreement on the importance of the issue has been reached, but there is no clear plan of action. In a plea for awareness and action, Earth.Org has modelled what severe floods could look like by 2100, along with how many people would be displaced. 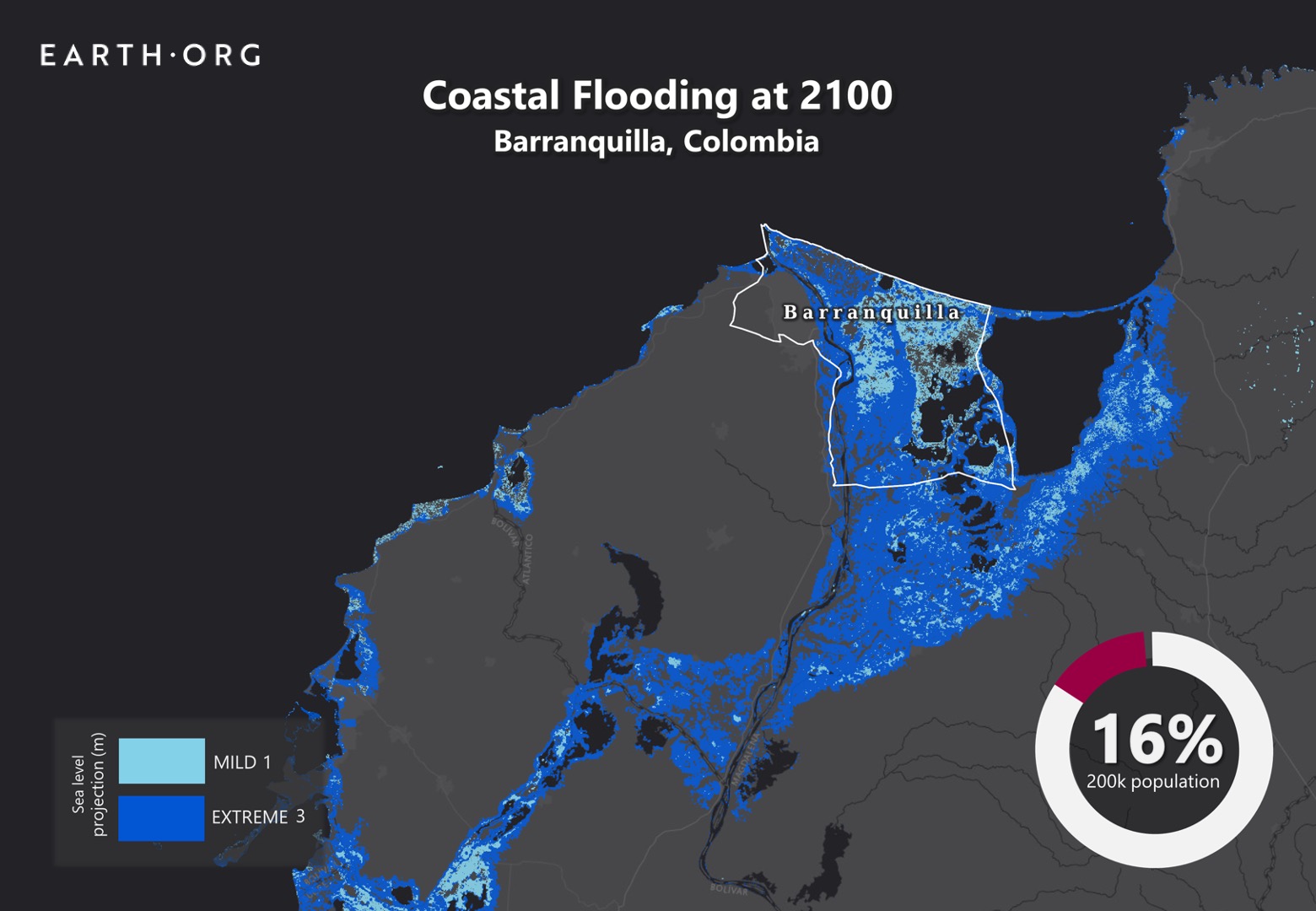