Sea level rise is a serious matter for Buenos Aires. Vulnerable communities’ socioeconomic status is tied to the floods. By 2025 population growth in the coastal areas of Buenos Aires is expected to reach up to half a million people, all of whom could face relocation if no preventive action is taken.

Earth.Org has mapped the extreme flooding Buenos Aires could experience by 2100.

Argentina’s capital city, Buenos Aires – as it is named, prized themselves on the “good air” or “good winds” that aid sailors around the port. Yet, as climate change continues to become an issue, hard blowing Sudestadas (the southeastern wind) might prompt stronger hits on the coasts.

Urbanization in Buenos Aires has taken a toll more than it has created a futuristic outlook. The region that is located on the southeastern coast of South America used to be crossed by various streams. Due to recurring, damaging floods, efforts were made in 1919 to dam most of those streams, minimizing the chance of flooding. Since then, large urbanization projects have reclaimed wide parcels of wetlands and heavily reduced groundwater absorption, leading to heavier floods downstream. These mainly affect low-income communities with poor drainage systems.

Recognizing the many citizens at risk from this poor urban planning, Buenos Aires laid out a plan in 2005 to create large reservoirs surrounding flood-prone riverbeds and prevent rapid overflow. Funding from the World Bank was received in 2016 and the project aims for completion by 2022.

Unfortunately, these measures are geared toward the current level of flooding, but this is set to increase massively by the end of the century. The government is well aware, but have not drafted a long-term plan as of yet. Earth.Org has modelled sea level rise by 2100 as a reminder to act before it is too late. 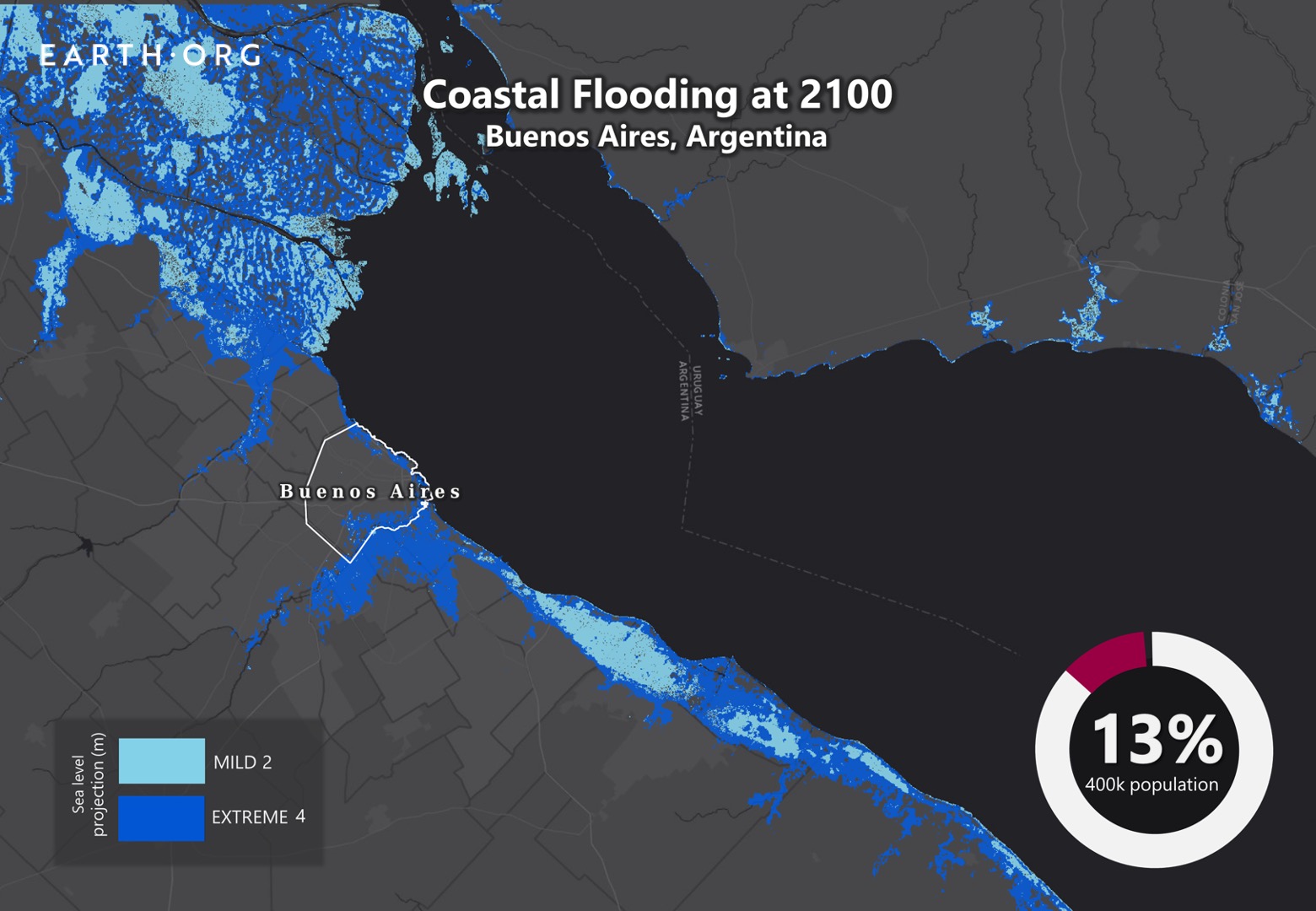