Despite the economic disparity between Cape Town’s world-famous coastline and its 437 informal settlements with more than 146,000 homes, both will be equally affected by sea level rise. Well aware of the risks, Cape Town officials weighing their options mitigate the damage.

The city of Cape Town is the legislative capital of South Africa, and the country’s second-most populous city after Johannesburg. Voted best place to visit in the world by both the New York Times and The Daily Telegraph, it has become an economic and cultural hub. The coveted coastline has attracted heavy investment and development, spreading inland as prices rise and availability dwindles.

A risk assessment was commissioned in 2008, concluding that sea level rise could incur USD $4.9 to $11 billion in damages to Cape Town over the next 25 years. Despite this, political gridlock makes it difficult to take action. As of today, the only strategy being considered is moving back from the coast, leaving a buffer zone for natural defenses to do the heavy lifting. We can only hope this will buy the city enough time to solve its political issues and draft a more comprehensive plan.

Earth.Org has mapped what severe flooding could look like by 2100 as a call to action. 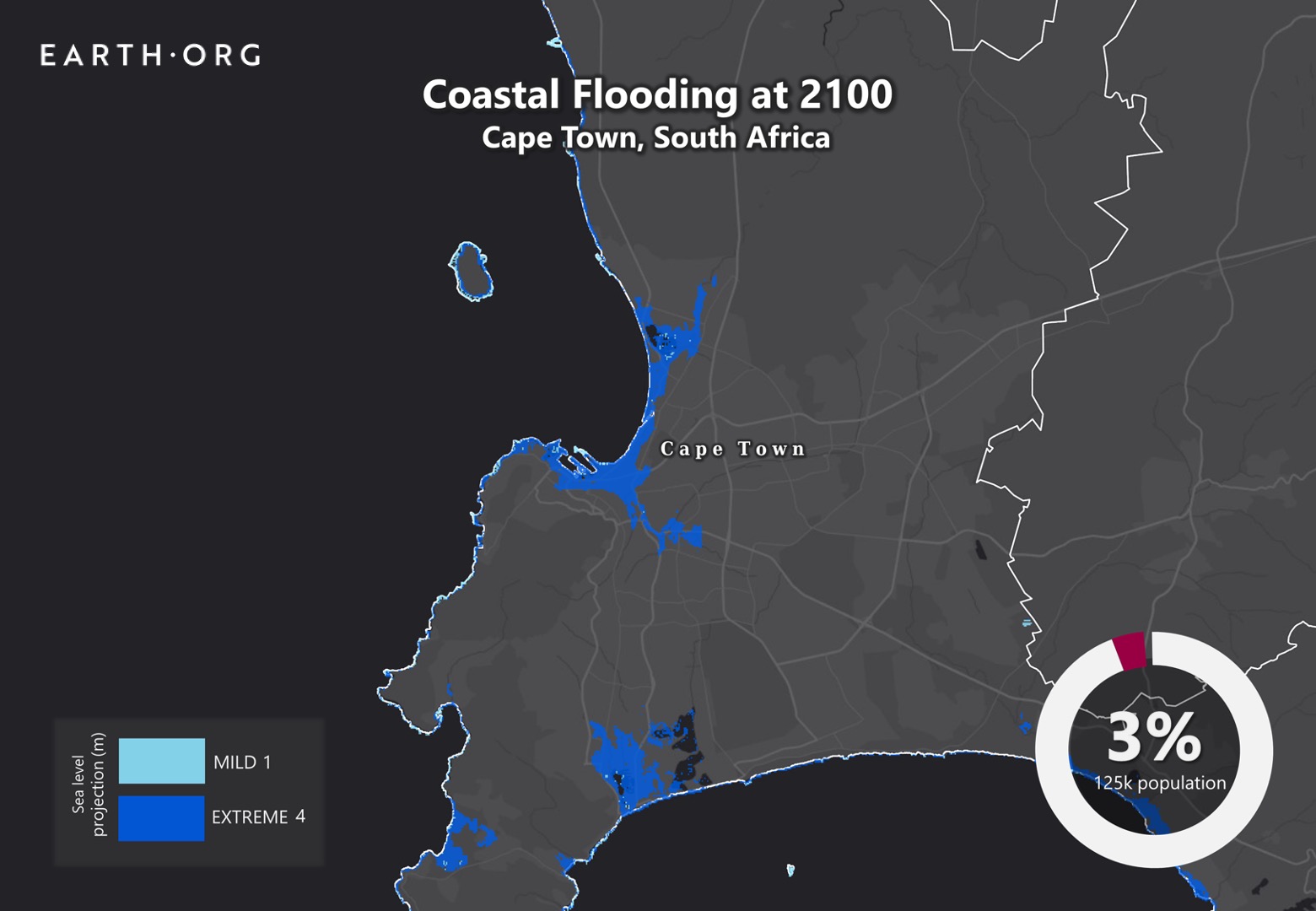