Home to more than 4 million people, Chittagong is highly vulnerable to flooding from tidal surges, the North Indian Ocean tropical cyclones and monsoonal rains. Sea level rise and rapid coastal erosion are set to exacerbate these problems and possibly drive one of the first mass climate refugee migrations in the world.

Earth.Org has mapped what extreme flooding could look like in Chittagong by 2100.

Chittagong is known as the biggest port city and financial center of Bangladesh. It is built in a hilly area around the Karnaphuli River, which runs through the city center and pours into the Bay of Bengal through an estuary located 12km west of Chittagong. Its population routinely faces floods during coastal tide surges, putting entire neighborhoods into gridlock and forcing individuals to fend for themselves. But try as they may to barricade entrances and elevate their floors, the flooding always wins.

The less mundane form of this plague comes with heavy rains that cause deadly landslides and flash floods. As it is, the conditions are barely liveable, and there could be a 30cm sea level rise in as little as 20 years.

Plans for flood control have been announced, but a lack of transparency and visible action leaves citizens doubtful. If no flood control is implemented, citizens of Chittagong another 11 million people in Bangladesh will be displaced permanently by 2050. This could rise to 27 million by 2100. Left with no choice, the Bangladeshi could begin the first mass climate refugee movement on Earth, and their neighbors in India and Myanmar are unlikely to welcome them with open arms.

Earth.Org has mapped what extreme flooding could look like in Chittagong by 2100 to illustrate the need for action. 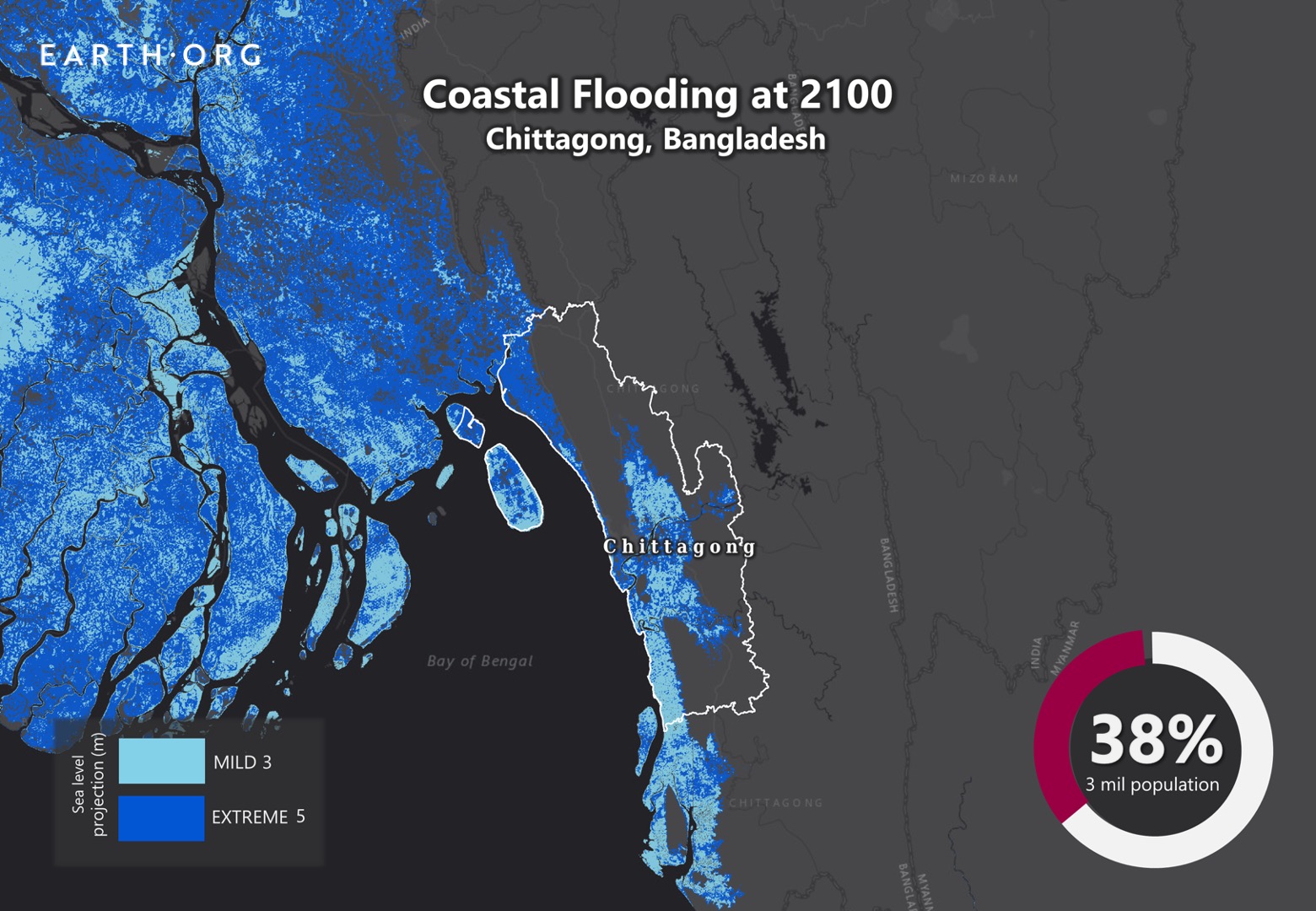