Dubai is one of the business hubs of the Middle East, concentrating its luxury experiences on its seaside with no regard for sea level rise. Despite having recently experienced city-wide flooding from torrential rain, no preventive measures are being taken.

Earth.Org has mapped the extreme flooding Dubai may experience by 2100.

The explanation may be that few buildings in Dubai are built to last. With the exception of some iconic buildings like the Burj Khalifa, most structures are built on sand, with shifting foundations. The Dubai Eye, world’s tallest Ferris wheel, had its base completely reconstructed because of dangerous instability.

The focus is rather on short-term rewards. Many of the incredible structures in Dubai attract tremendous amounts of investment and consumption, for which the long-term problems are ignored.

Earth.Org has modelled what flooding will look like in Dubai by 2100, if no action is taken. 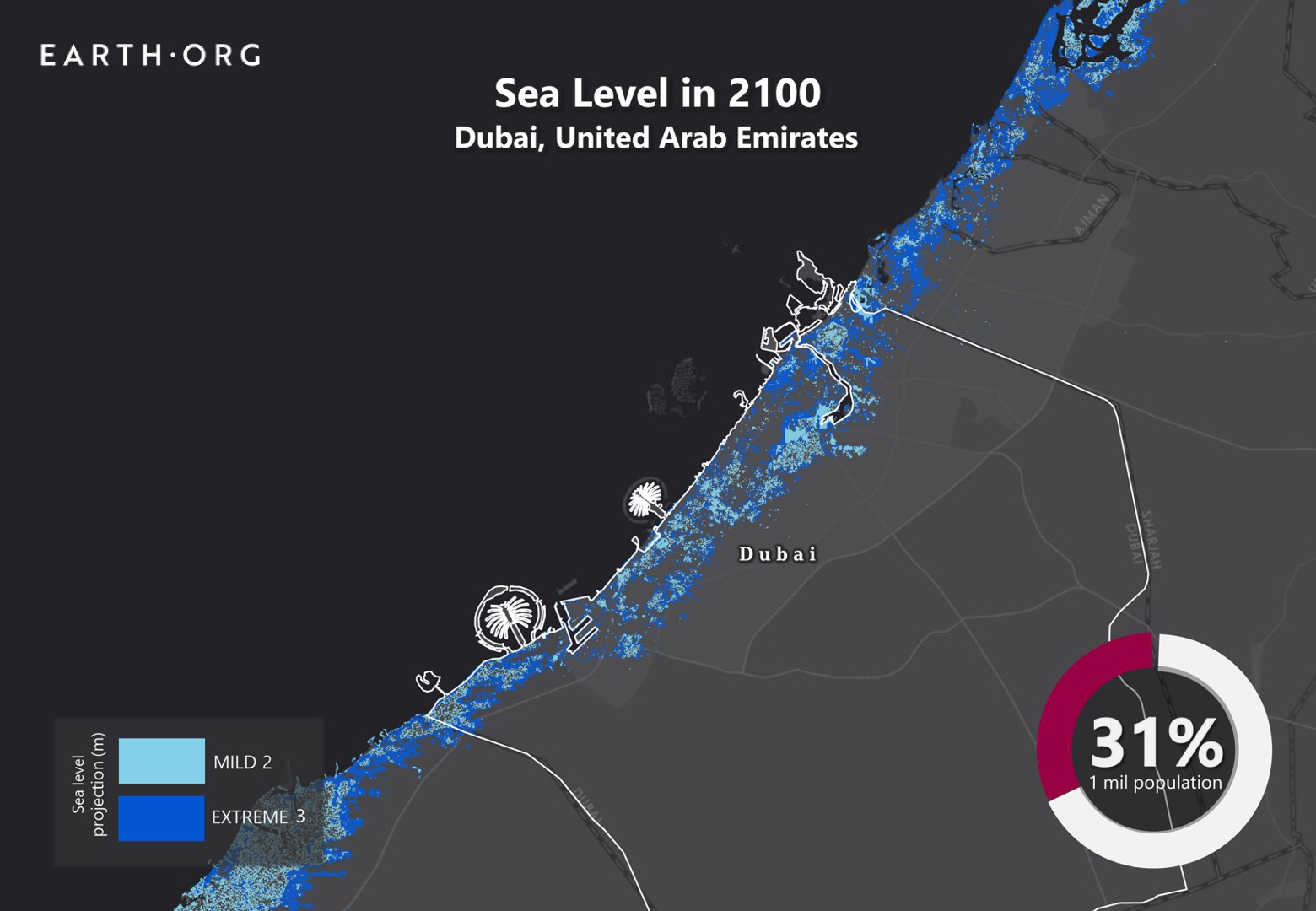