Located on the west bank of the Guayas River, Guayaquil is the second-largest city in Ecuador. Its 3 million inhabitants are no strangers to natural disasters, as earthquakes and floods are a constant threat. It is ranked 4th on the list of cities most vulnerable to sea level rise, and Earth.Org has mapped flooding by 2100 to illustrate why.

Located in the Guayaquil flooded grasslands, the eponymous city is dry for the most part, except during the months of January to April when it experiences heavy rainfall. The wetlands have been reclaimed for agriculture to the point of critically endangering the ecosystem.

The Guayas River is tidal, meaning its level fluctuates with that of the sea. The lack of natural drainage from filling the surrounding wetlands, combined with the intense rainy season, makes flooding a common ailment for the citizens of Guayaquil.

Well aware of the risks, the community runs emergency drills and monitors sea levels closely, but if these reach 1 to 2 meters, as they are expected to by the end of the century, there won’t be many affordable solutions available. Earth.Org has modelled the flooding Guayaquil could experience by 2100, as a call for awareness. 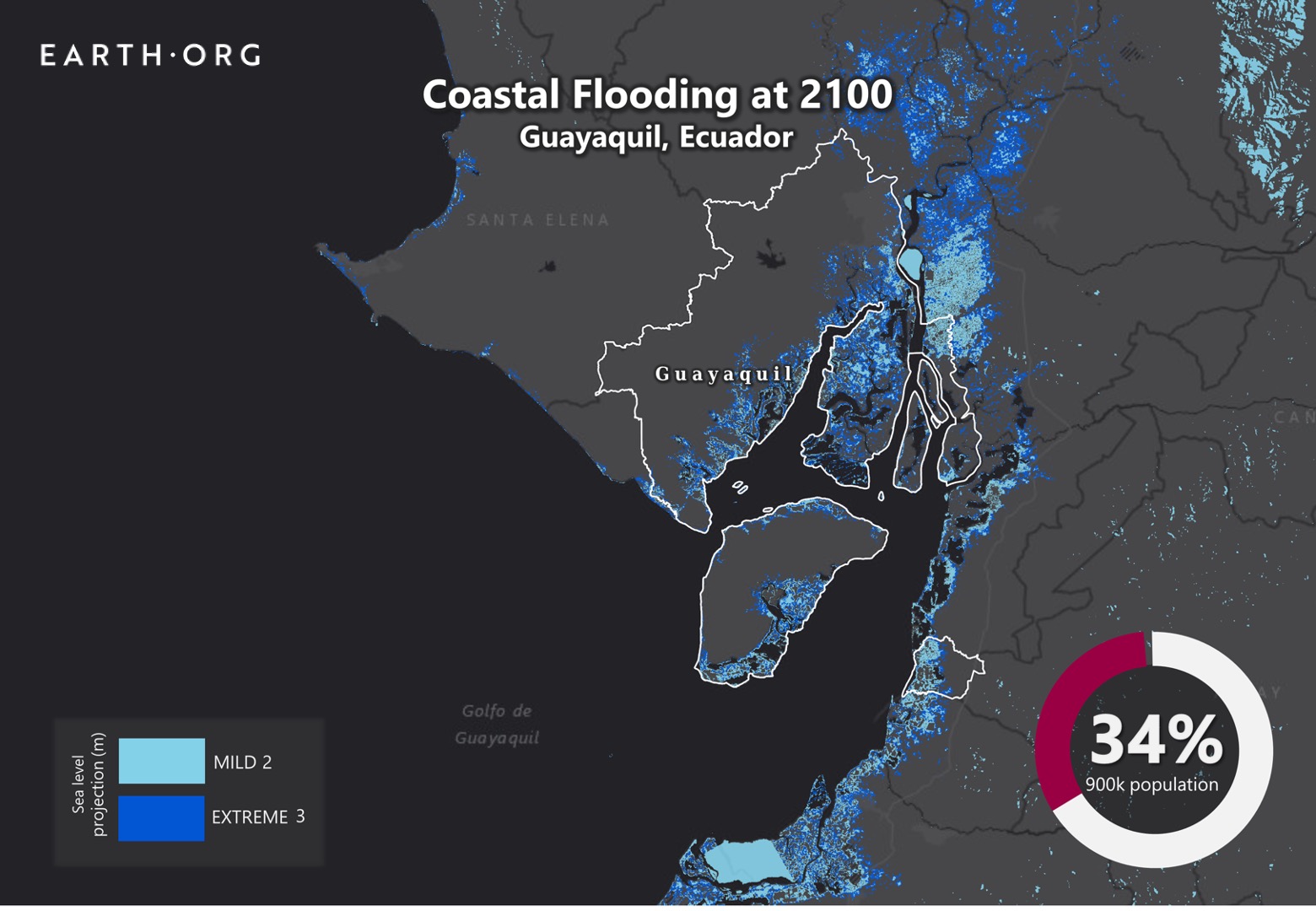