Most of Honolulu’s population, infrastructure, and economic activity is concentrated on the Diamond Head to Pearl Harbor coastal area. This low-lying, densely populated area is at high risk of being submerged by sea level rise.

Earth.Org has mapped what severe coastal flooding could look like in Honolulu by the end of the century.

The 400,000 inhabitants of Honolulu are exposed to flash floods from torrential rain, hurricanes, and tsunamis. Natural tides, which can have amplitudes of up to ten feet in some areas, also cause inundations. The coincidence of high tides and extreme weather events is thankfully rare, but nonetheless devastating as demonstrated by a 1959 hurricane that caused USD $1.8billion in damage.

It is essential for local authorities to first recognize the threat of sea level rise, as they have not yet shown proper consideration of the risks. They can then begin to implement policies and infrastructure for mitigation, such as building elevation. The most difficult but necessary step will be defining the “off-limit zones”, sure to be submerged. The government will need to purchase these zones and relocate communities within them to safer locations. There are many other strategies, and it is up to Hawai’ian officials to propose and execute a plan before it is too late.

Earth.Org has mapped a severe flooding scenario in Honolulu by 2100 if no action is taken. 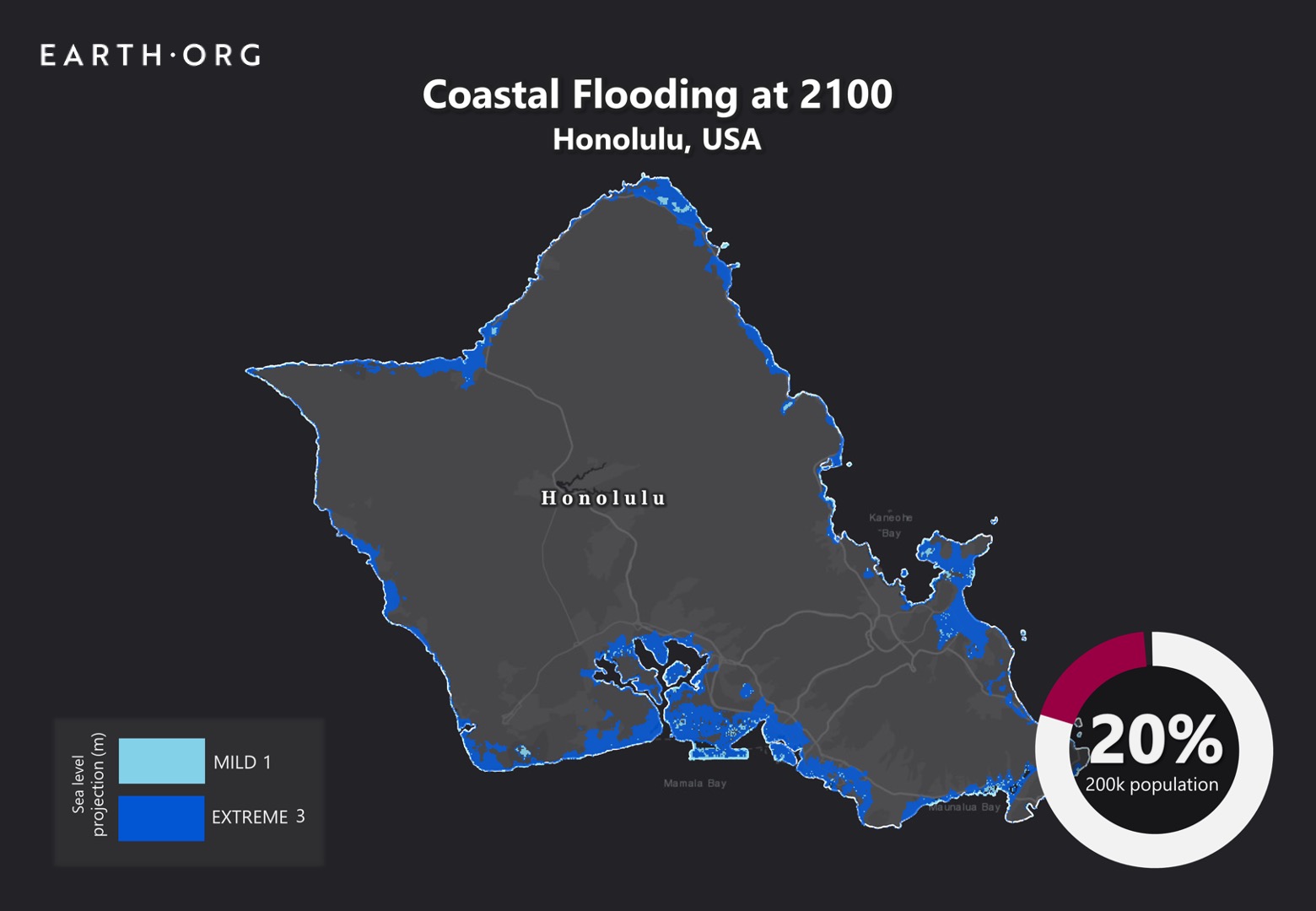