Kuwait’s eponymous capital city is located on the Persian Gulf, and concentrates most of the country’s population, culture, economy and decision making. Like the rest of the Gulf, it is highly vulnerable to sea level rise, and it may have to work with its neighbors to fend off the swelling waters.

Though considered arable, the Kuwait inner ranges are quite inhospitable, and much of the country’s oil-based trade goes through maritime channels. It is considered a maritime and mercantile country, and is highly dependent on the coastal zone for its drinking water, fisheries, water cooling for power plants and recreation. In fact, the bulk of its urban, commercial and industrial infrastructure is located near the shoreline, as is 90% of its population.

Kuwait natural freshwater resources are very limited. It is an arid country, with high temperatures and evaporation rates, and low humidity and precipitation rates, with no surface water bodies. Desalination plants provide most of the drinking water, which is heavily subsidized, thus encouraging irresponsible usage and waste. The largest source of water for industrial and agricultural use is the groundwater reserve, which has been excessively pumped and whose quality is deteriorating. This is due to saltwater intrusion, and return of pumped up irrigation water with fertilizers and pesticides.

Near the northern shores of Kuwait is a small group of islands, the largest of which is called Bubiyan island. An uninhabited salt marsh, its lies very low and faces full submersion within the next few decades. It serves as an important rest area for migratory birds on the Turkey-India, and the Eurasia-Africa routes.

Earth.Org has modelled sea level rise from Kuwait City northward to illustrate the need for a rapid decarbonization. 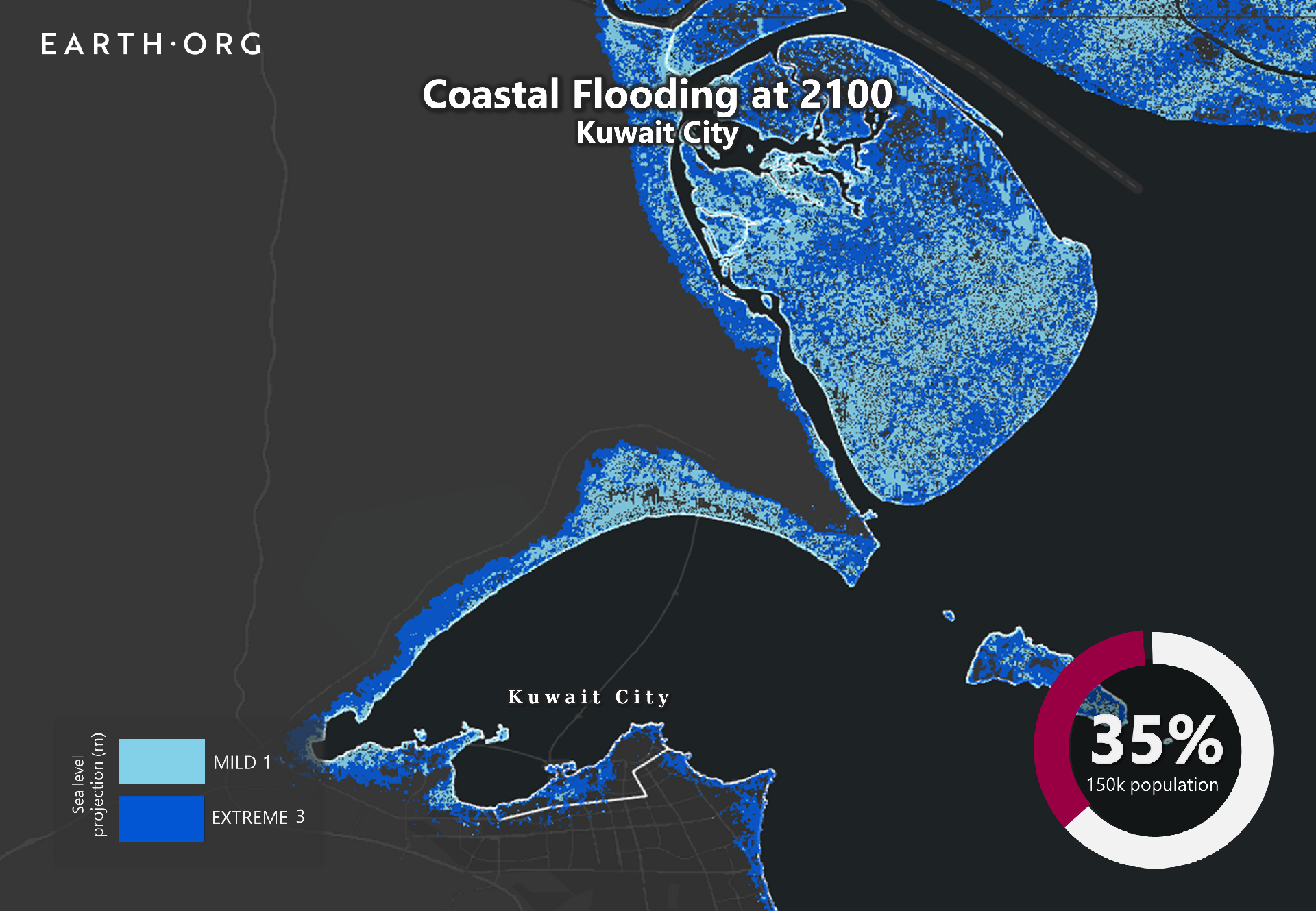