Although not frequent, Melbourne sometimes experiences strong storms that can cause flash floods. Recent sea level rise projections of 1 to 2 meters threaten large portions of the city with higher flood risks.

Earth.Org has mapped what such flooding could look like by 2100.

Melbourne is the second most populated city in Australia and Oceania with 5 million inhabitants. Home to many landmarks, it is a renowned cultural center and often hosts international events. Consistently voted most liveable city in the 2010s, quality of life in Melbourne could be seriously dampened by sea level rise.

A recent paper published in Nature estimates that, under high emissions scenarios, global sea levels could rise by an average of 1 to 2 meters by 2100. This would flood several low-lying suburbs in Melbourne without extreme weather events, possibly forcing the relocation of their population. A serious flood on top of this could cause damage to some of the more critical infrastructure of the city, including its record-holding tram network.

The revised models will hopefully stir a relatively climate change-skeptical government into action. Research bodies for climate adaptation have received funding cuts from the federal government, which hopefully will be reversed be it is too late. Earth.Org has modelled what sea level rise could look like by 2100 to illustrate the need for protective measures. 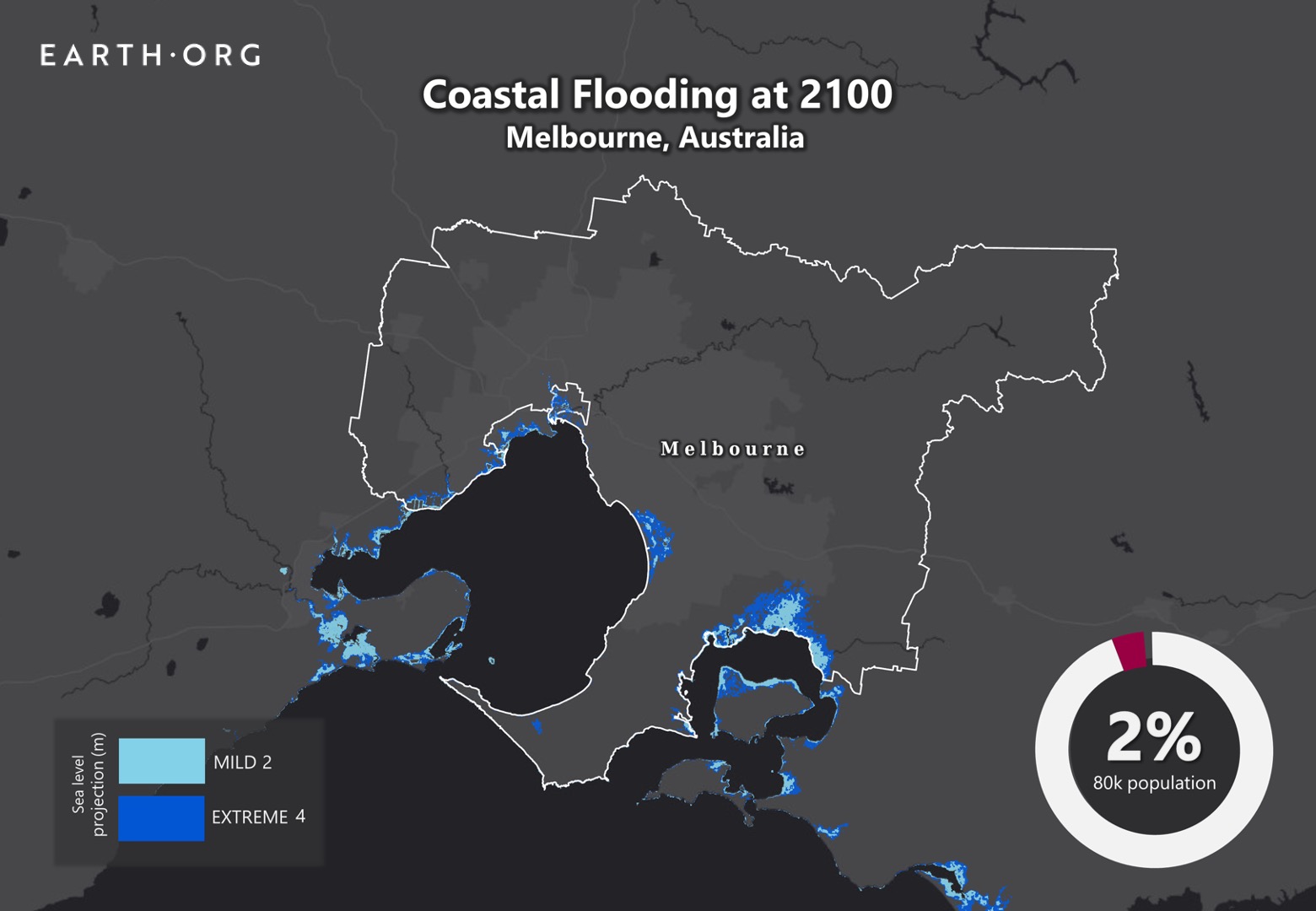