Miami is notoriously vulnerable to sea level rise, and its mayor has been vocal about the looming dangers of climate change in a relatively skeptical political environment. Mitigation plans involve massive engineering feats that may help in the short-term, but will eventually be overrun.

A major centre of finance, commerce, culture, arts and trade, Miami is a global city with a USD $345 billion GDP. Built on a broad, low-lying plain between Everglades wetlands and Biscayne Bay, its citizens are already experiencing early signs of climate change.

The impacts of sea level rise in Miami

In light of the last point, officials have decided to build a network of huge pumps that force water out of flood-prone areas and into Biscayne Bay. There are over 30 pumps today, with 90 planned in total. The estimated cost for 3 pumps, including land acquisition, is USD $ 200 million. Unfortunately, even all 90 cannot protect the larger Miami area.

The city of Miami still toils away to mitigate flooding, raising roads and buildings, hoping to buy time. The world would do well to keep an eye on how Miami fares, as it may be the first major victim of climate change.

Earth.Org has mapped severe flooding in southern Florida by the end of the century to illustrate the impending danger. 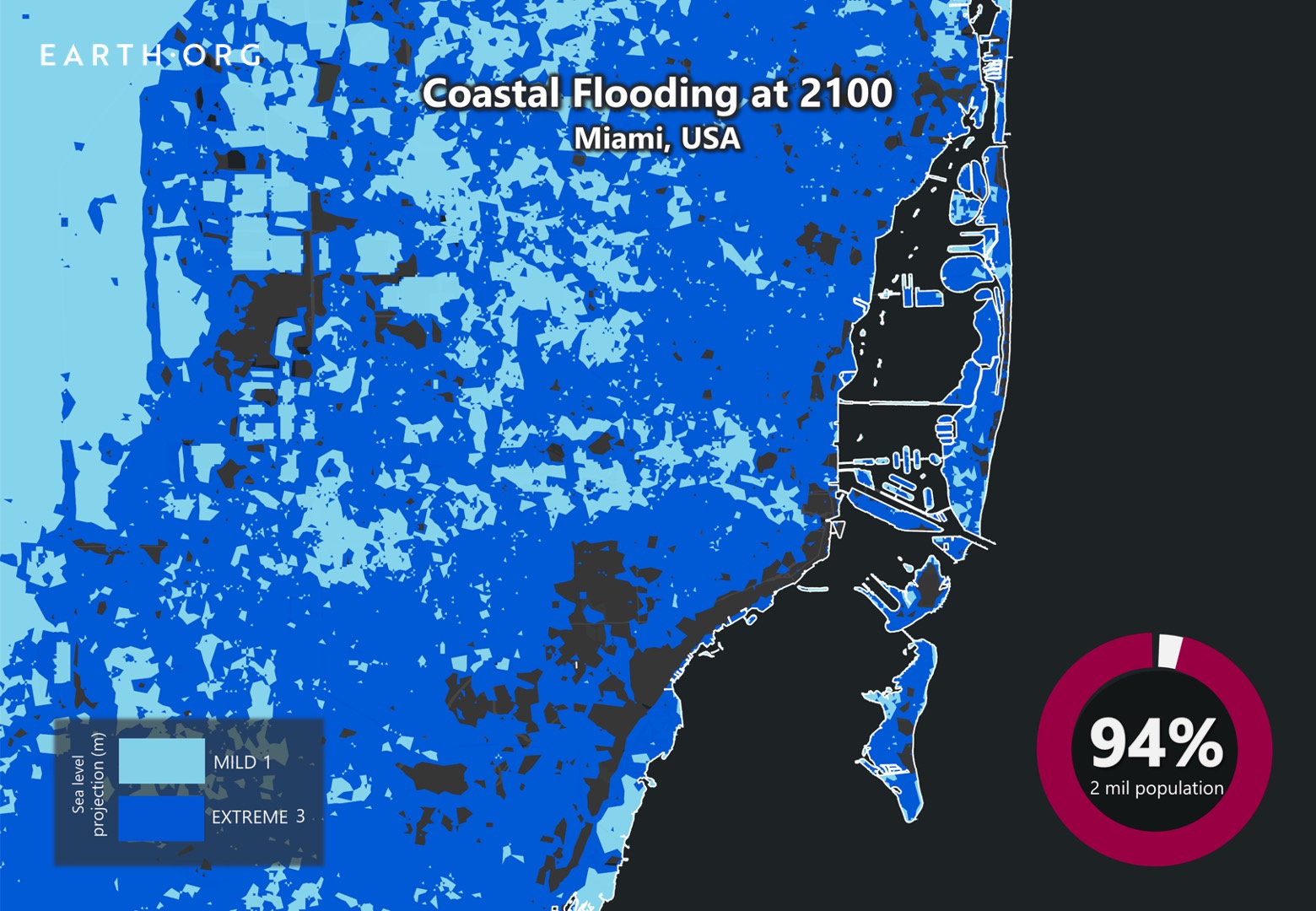