Nagoya is another densely populated city in Japan that would suffer severe inundation if sea level rise surpasses 1 meter. A recent study shows that the 2-meter mark could be reached by 2100 if we do not curb our emissions.

Earth.Org has mapped what such flooding could look like in Nagoya.

Nagoya is Japan’s fourth-largest city, home to over 2 million people and part of the larger Chukyo metropolitan area. It is one of the most important ports and industrial hubs in the country, with 60% of Japan’s machine tool production and the largest import and export tonnage of the country. Nagoya’s GDP is USD $577 billion, ranking 21st in the world behind Switzerland and above Sweden.

Located on the flat Nobi plain, the city sits next to the natural Kiso and Shonai Rivers, and the man-made Hori River which was constructed in 1610. During the wet summers, the agglomeration can experience occasional floods, but these remain a minor problem today. However, if emissions are not curbed, we could experience an average sea level rise of 1 to 2 meters around the globe.

Nagoya is ill-prepared to handle the floods this would cause, and preventive measures such as dikes, seawalls, and levees would be extremely costly. Japan seems ready to invest heavily in protecting its essential cities, as demonstrated by the G-Cans in Tokyo.

Earth.Org has mapped what the worst-case scenario could look like in Nagoya by 2100 to illustrate the need for protection. 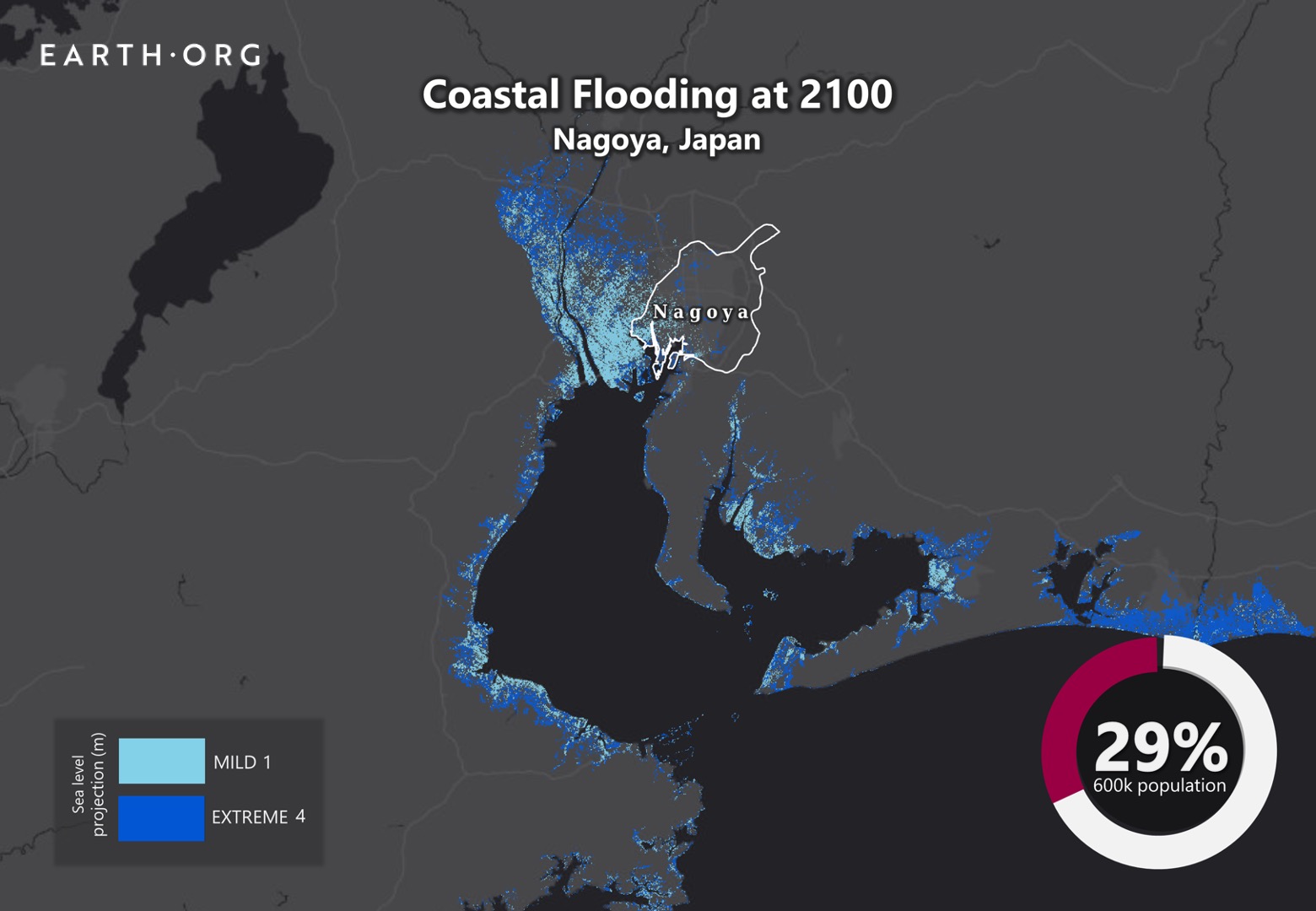