New Orleans experiences flash floods when thunderstorms coincide with high tides, and serious drainage problems exacerbate the damage caused by these events. Sea level rise will lower the threshold for floods to occur, and worsen the effects of extreme ones.

Earth.Org has mapped what severe flooding could look like by 2100 if no preventive measures are taken.

New Orleans topography is quite unique, in that it is completely surrounded by water, sitting between the Mississippi River, Lake Pontchartrain, Lake Borgne, and wetlands. The city was originally built on natural levees and high ground along the Mississippi, but urban expansion in the 1960s led to floodwall and artificial levee construction, along with marsh and wetland filling. Swampy areas are important for natural drainage after heavy precipitation and impermeable ground like concrete stop water absorption by the ground.

Much of the city is now below sea level, and the lack of drainage makes New Orleans extremely flood-prone. This was sadly demonstrated when Hurricane Katrina made landfall in 2005, causing mayhem, death, and cost around USD $70 billion.

As sea level rise continues to accelerate, New Orleans becomes increasingly vulnerable to costly and dangerous floods.  A recent paper published in Nature estimates that, under high emissions scenarios, global sea levels could rise by an average of 1 to 2 meters by 2100. This would make floods occur with high tides without the need for rain, thus making rain-induced floods exponentially worse.

Louisiana has already dedicated USD $25 billion to protect its communities, with strategies including levees, restoring shorelines by pumping sediments, and relocating entire communities. Unfortunately, if humans continue down their current path, waters will rise above levels that any spending can mitigate in New Orleans. Earth.Org has mapped what the worst-case scenario would look like for this city by 2100. 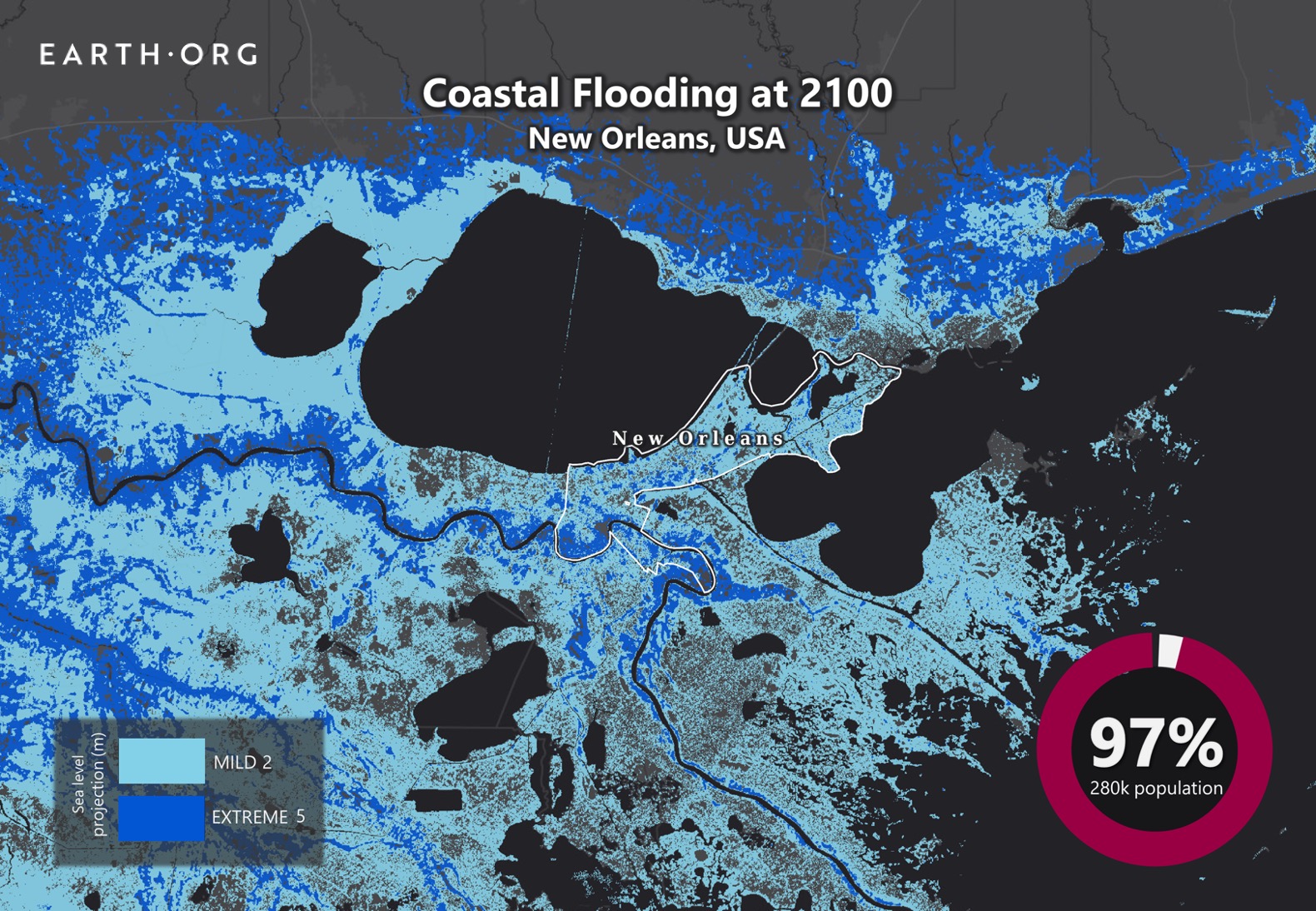