New Caledonia is a French overseas territory in the South Pacific. Like many island states, its inhabitants and unique species are increasingly threatened by rapid sea level rise.

Ouvéa, nicknamed “the island closest to paradise”, is considered to be one of the most beautiful atolls of the New Caledonian and Pacific group of islands. The archipelago has a population of about 259,000, 100,237 of whom live in the capital, Noumea. They are surrounded by varied microclimates, hidden in plains, lagoons and mountains, allowing a multitude of unique species to flourish.

Rising sea levels are accelerating coastal erosion, endangering habitats and forcing local tribes to adapt their daily lives. Although many homes are within reach of the creeping waters, crops are still safe. When this is no longer the case, survival on the islands will become seriously difficult.

Recent studies have highlighted a possible sea level rise of 1 to 2 meters by 2100 with current emission patterns. A single meter means the loss of 1.7 to 2% of the island’s land surface (out of a total of 54% that is not mountains or forests). Erosion is also eroding New Caledonia’s coastline, and if the inhabitants do not begin to defend themselves soon, they may lose a lot of space over the next few decades.

Today, land loss threatens to displace the tribes from the seafront and disrupt their social fabric. The island’s many different cultures will have to work together if they are to adapt to the rising waters, which means awareness and communication are key. This is also true for the global community’s confrontation with climate change as a whole.

Earth.Org has mapped the serious flooding that could occur by 2100 in New Caledonia if we do not reduce emissions. The time to act is now. 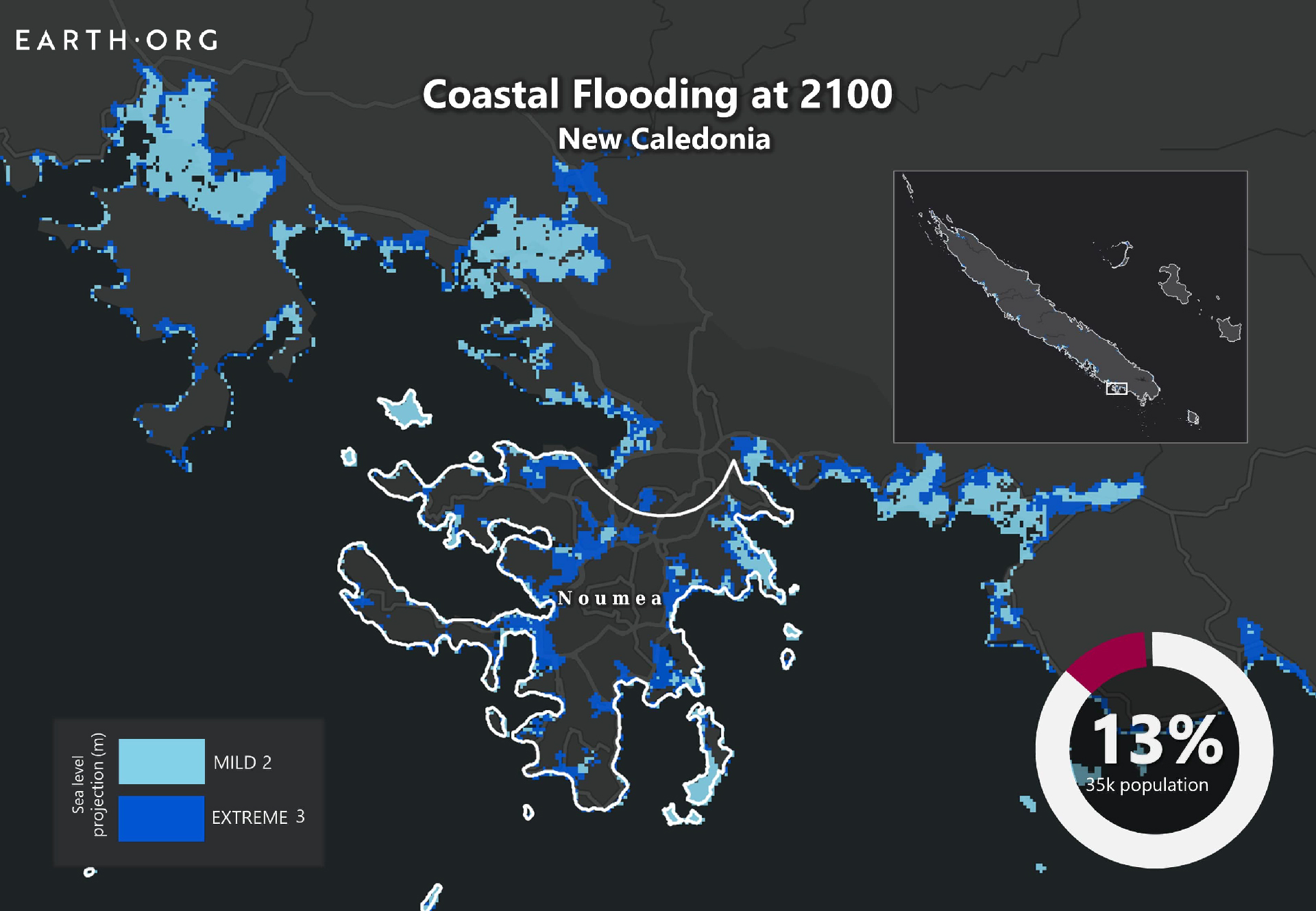