Palembang, the capital city of South Sumatra, is another city that experiences frequent flooding. Sea level rise projections for the end of the century will force this low-income country to make hard decisions – do they invest in adaptive measures? Weather the storm? Or give way and somehow move their capital to a better location?

Earth.Org has mapped severe flooding in Palembang by 2100 to illustrate the need for action.

Palembang occupies a vast lowland near the Bukit Barisan Mountains, on the confluence of two major tributaries to the Musi River, the Ogan and Komering Rivers. During the rainy season, from November to April, the Musi River often overflows and drowns many areas in the city. Other factors contributing to its flood proneness are poor drainage systems, and the often-observed rapid urban expansion problems of excessive groundwater extraction coupled with natural reservoir drainage.

The mayor, Harnojoyo, has announced a plan to make Palembang flood-free by 2022. It consists in setting up pumps for water evacuation, but the subpar drainage system will also have to be revamped if these pumps are to serve any purpose.

A recent paper published in Nature triples the “estimates of global vulnerability to sea-level rise and coastal flooding”, predicting a 1 to 2 metre increase in sea level. This is expected to hit Indonesian cities very hard, and while floods are common and mitigation measures are being taken, these seem geared toward the current flood intensity. The government of Sumatra has a chance to show foresight and build for the uncertain, yet worrisome future. We at Earth.Org have modelled what flooding could look like by 2100 to illustrate the need for action. 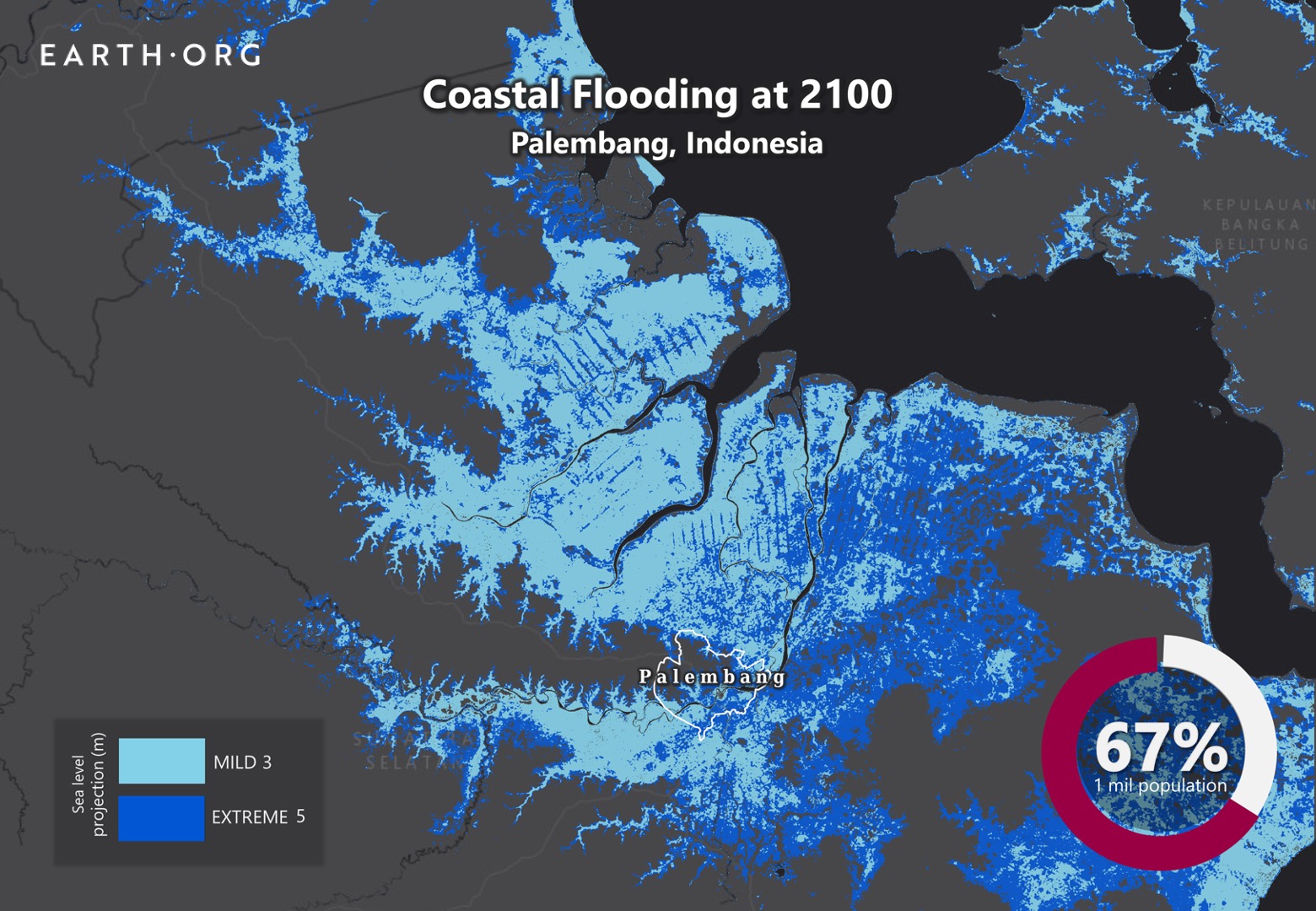 Sea level rise projections by 2100 for two scenarios with the amount of rise in meters indicated (mild = 3m; extreme = 5m).

Luck: applies to the baseline SLR, defined in the “Sea level projection” section, upon which we add flooding. “Mild” refers to the mid-range scenario of 0.5-1.2m, and “extreme” to the pessimistic scenario of 1-2.5m. We used the high-end value of each scenario (mild = 1m; extreme = 2.5m).