Qatar and Bahrain, both found on the Persian Gulf, are extremely vulnerable to sea level rise. The bulk of their populations and commercial activities are stacked on their shorelines, and little effort has been expended to adapt to a rapidly changing environment.

The Kingdom of Bahrain consists of 40 islands with a small overall area of 767  km² and one of the highest population densities in the world at 1,700 persons per km². Most of its activity and population is concentrated on coastal areas that do not exceed 5 m elevation above sea level, and the highest point is only 134m high. As climate change progresses, more frequent and intense droughts are predicted to afflict Bahrain, but its greatest challenge is the slow advance of sea level rise.

Based on the Intergovernmental Panel on Climate Change’s predictions, 1.5 m of sea level rise would submerge 27% of the Kingdom’s land area. This puts its urban, industrial, recreational and critical infrastructures at risk and forces decision-makers to design a comprehensive adaptation plan if they are to avoid insurmountable economic losses.

Qatar is in a similar situation. It is experiencing rapid demographic growth in its mainly coastal urban areas, including its capital city Doha. The city’s most important political and economic sectors (West Bay, Al Corniche and Al Dafna) are all located on the shoreline, which makes sea level rise an extremely expensive problem. While storm surge and flash floods are rare here, over 18% of Qatar’s land area is low enough to be permanently reclaimed if the oceans rise 5m above pre-industrial levels.

Both Bahrain and Qatar are facing economic challenges for the long run, as they must generate employment for its exploding young, educated population. A heavy dependence on few commodities like oil has made national budgets unstable, making it difficult to implement and stay committed to long-term plans. Unfortunately, sea level rise is a challenge that will span decades, and progressive yet steady work will be key to mitigating its effects. The UN provides many avenues to help fund and execute adaptation strategies, and these have historically been under-used by Arab countries. The onus is on them to begin reaching out and committing their thoughts, time and money to solving a problem that cares little for political and economical issues. 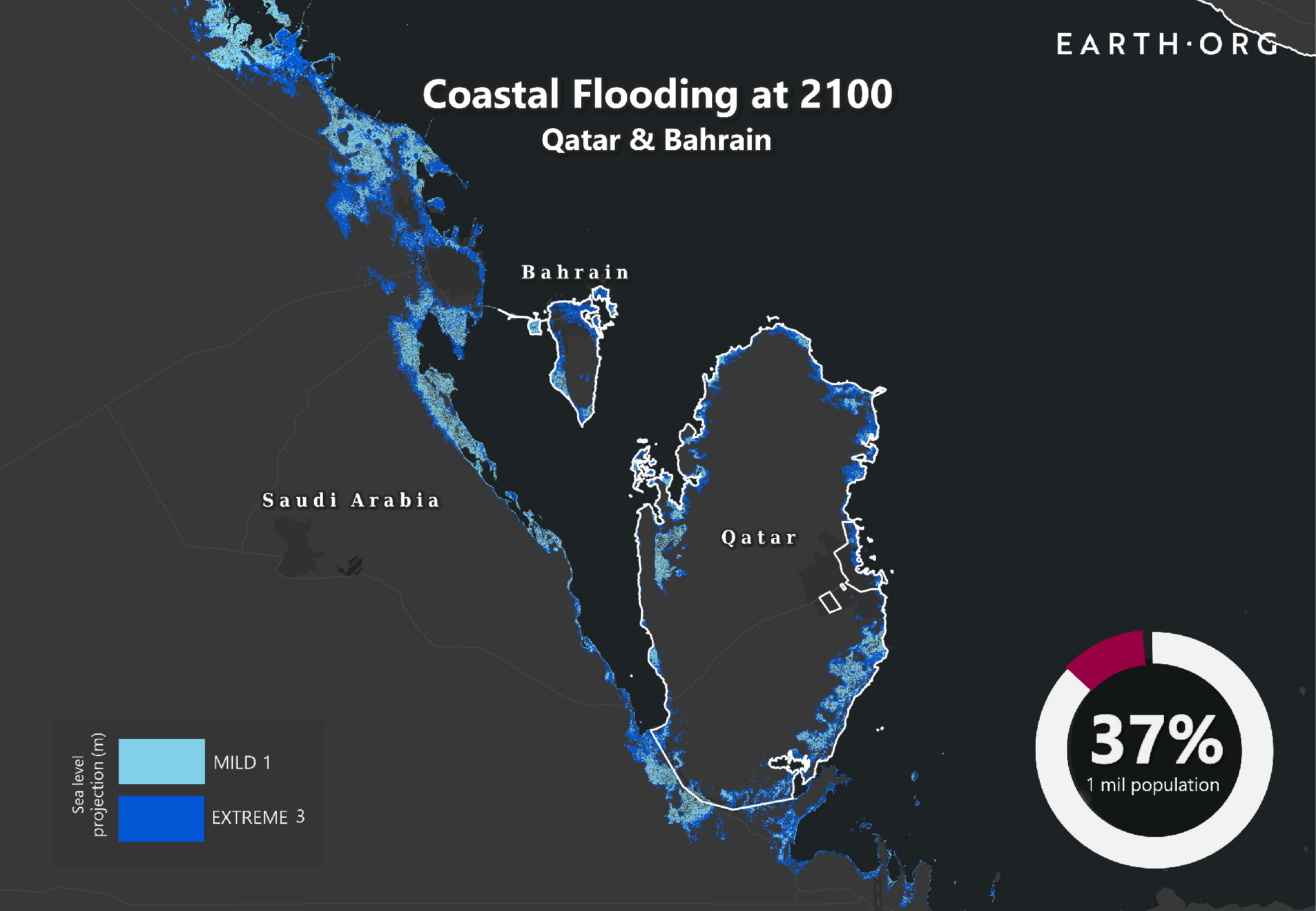