Qingdao is one of the major Chinese cities at risk of being partly submerged due to sea level rise. Its population count is above 6 million people, and as an important seaport, naval base and industrial centre, extreme flooding could cost hundreds of millions (in USD).

Earth.Org has mapped what such flooding could look like by 2100 if no action is taken.

Climate change is slowly but surely changing the natural world, increasing the frequency, intensity, and risk of extreme weather events and natural disasters. One of the most tangible threats to human society is sea level rise, as it shifts the odds of high storm surges and menaces the 600 million people living low-lying coastal areas worldwide.

Of these 600 million, an estimated 93 million are in China. Over 6 million of these live in Qingdao, an important seaport, naval base and industrial centre that has undergone impressive economic growth in the past twenty years. It was ranked one of six “golden cities” by the World Bank in 2006 and its GDP has been steadily rising at an average pace of 16% since then.

Due to the USD $600 billion of assets exposed to coastal flooding by 2070, officials have recognized the need to invest in an adaptation plan. The city has collaborated with a local university to develop a strategy combining natural and human measures to reduce risk by 80%. No detailed description of the plan has been released, which casts some doubt on these claims, but there is no doubt that authorities are aware of the danger.

Earth.Org has modelled the flooding Qingdao could experience by 2100 if no action is taken. 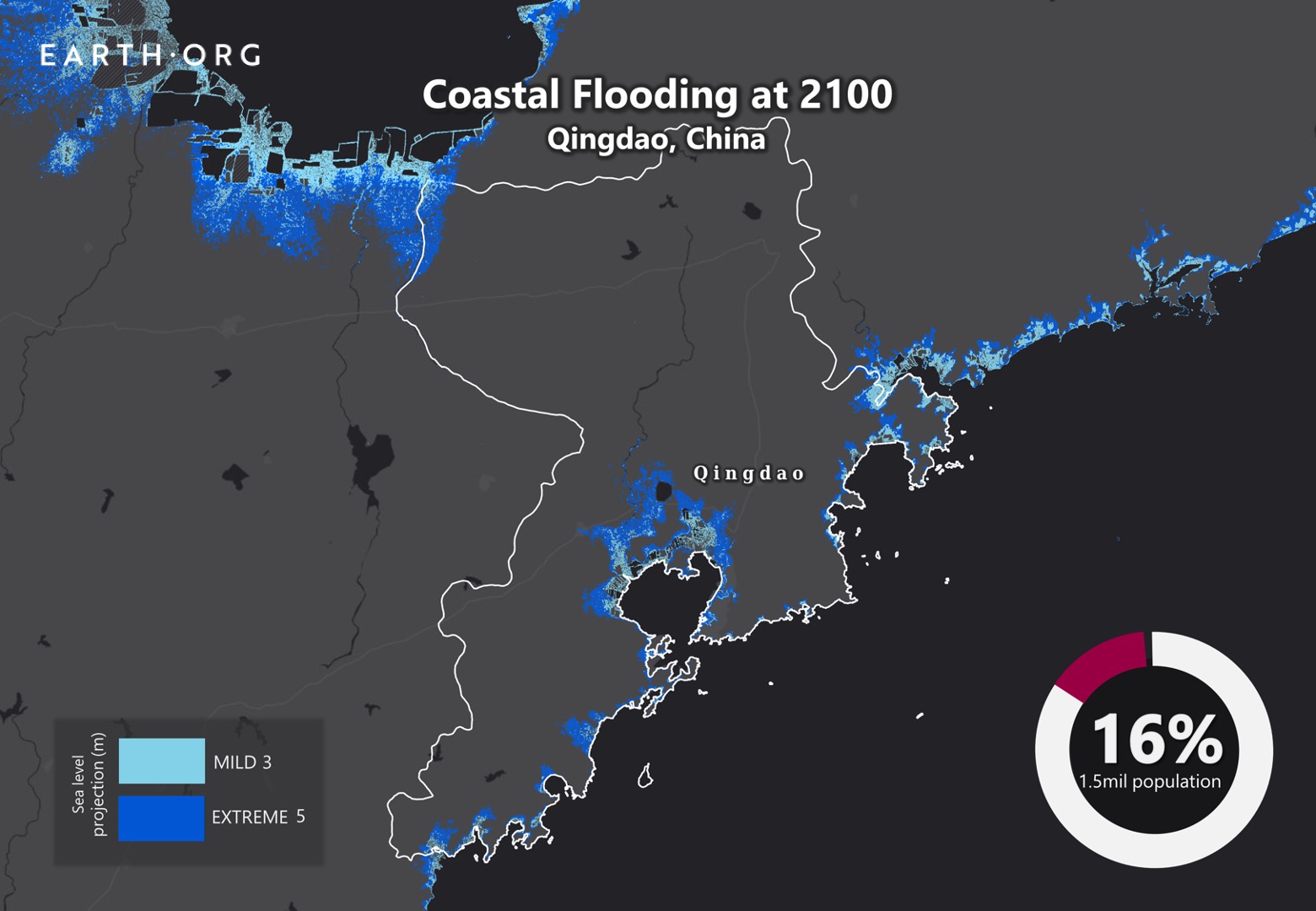