Like many other South-East Asian countries, people in Myanmar must endure flash floods during the monsoon season. These occur mostly when heavy rains coincide with high tides, which means sea level rise will make these more frequent. Sadly boasting the most extreme weather-related fatalities since 1998, Myanmar needs to prepare for harder times ahead.

Earth.Org has mapped what extreme flooding in 2100 could look like in the capital city Rangoon as a call to action.

The Global Climate Risk Index declared Myanmar one of the most vulnerable countries to climate change. The central region whose rivers are already drying up will become arider, while extreme precipitation events are expected to become more violent. It already suffers from deadly tropical cyclones like the passage of Nargis in 2008, leaving over 100,000 deaths behind and affecting millions more.

The Myanmar Climate Change Alliance insists upon the fact that weather extremes, such as storms or exceptional heat, will become much more frequent by as early as 2040. This will have tangible impacts on health, ecosystems, infrastructure damage, and importantly, agricultural yields.

During summer monsoons, heavy rainfall coincidence with high tides leads to flash flooding. These create powerful currents that can drown people, damage buildings and cause landslides. More dangerous yet is the promotion of mosquito-borne disease, as these insects benefit from wet conditions and stagnant water pools where they reproduce. Other illnesses like cholera reach drinking water reservoirs during floods, leading to high morbidity.

The United Nations Environment Programme (UNEP) is helping Myanmar’s government design a nature-based adaptation plan to tackle climate change. Currently focused on raising awareness and mainstreaming climate change into urban planning and education, the plan will enter a second more active phase in the second half of 2020. Earth.Org has mapped the flooding Rangoon could experience by 2100 as a call to swift action. 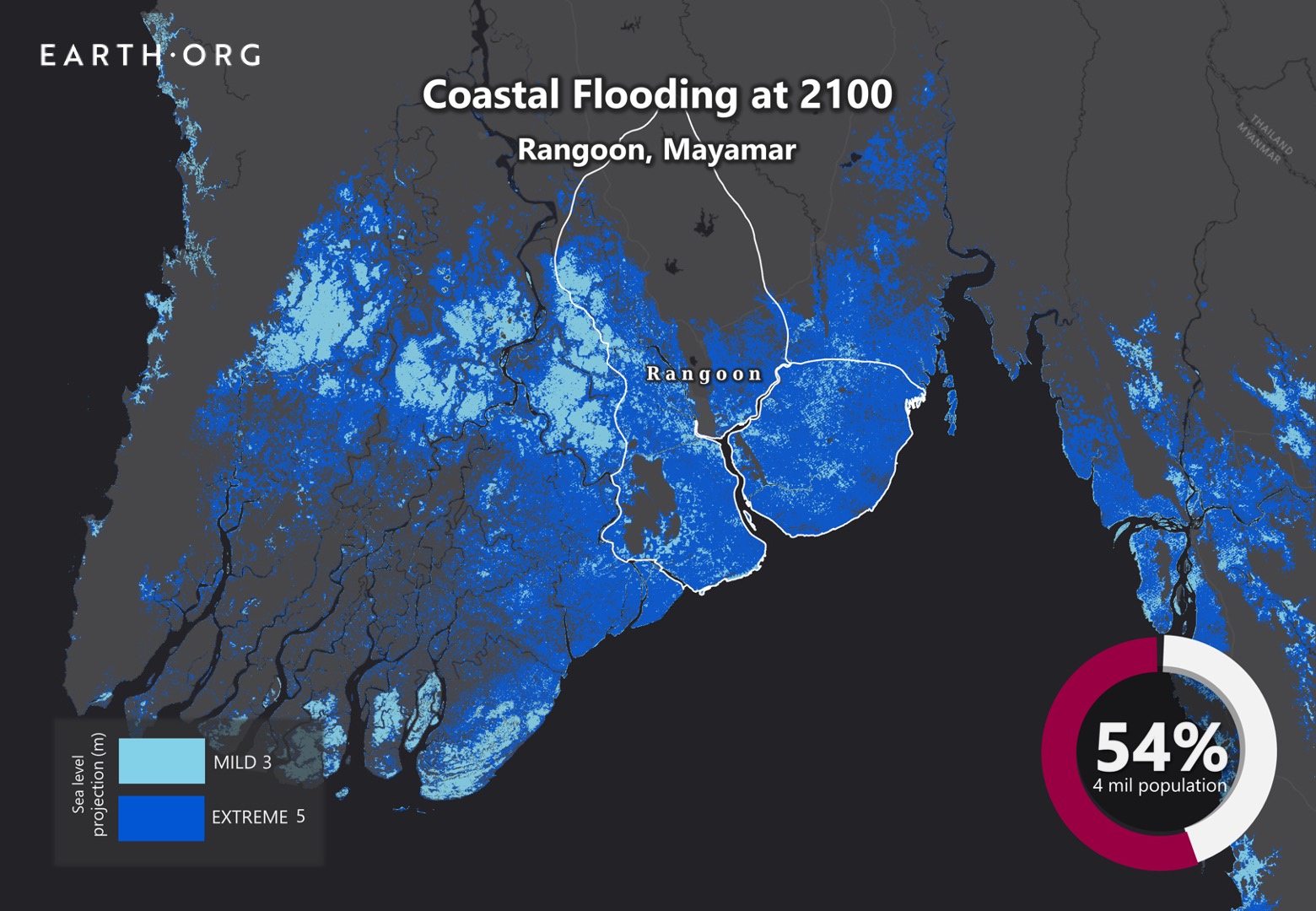