The Bay Area, a hotspot for unicorn startups and buzzing economic activity, is facing high flood risk in the future due to sea level rise. This leaves California officials with no choice but to draft a major defense plan to protect its attractiveness to entrepreneurs and tourists.

Earth.Org has mapped what severe flooding could look like in the Bay Area by 2100 if no action is taken.

A study by the US Geological Survey estimates that sea level rise may put up to USD $150 billion worth of property and infrastructure, along with 600 000 coastal residents at risk by 2100. Indeed, the area is a gigantic estuary just above sea level, and a recent paper published in Nature estimates that, under high emissions scenarios, global sea levels could rise by an average 1 to 2 meters by 2100.

8 large neighborhoods plus two airports are built on what used to be wetlands, now filled to accommodate urban expansion. These are the most vulnerable areas to the combined force of sea level rise and storm surges, as demonstrated by Hurricane Sandy in New York City where flooded areas were mostly reclaimed lands.

How will California defend the Bay? Strategies vary depending on the place: some will be elevated, some will need new levees, and others will be left for the sea to submerge. Building sea walls is a last resort, both because of the environmental impact and the cost. One big issue is that solutions have to be tailored to each city, community, and special district so as to avoid litigation. Despite the will to act, this could delay the area’s action time by years while they wait for legislation to come through.

Earth.Org has modelled what extreme flooding could look like in the San Francisco Bay by 2100 to illustrate the need for swift action. 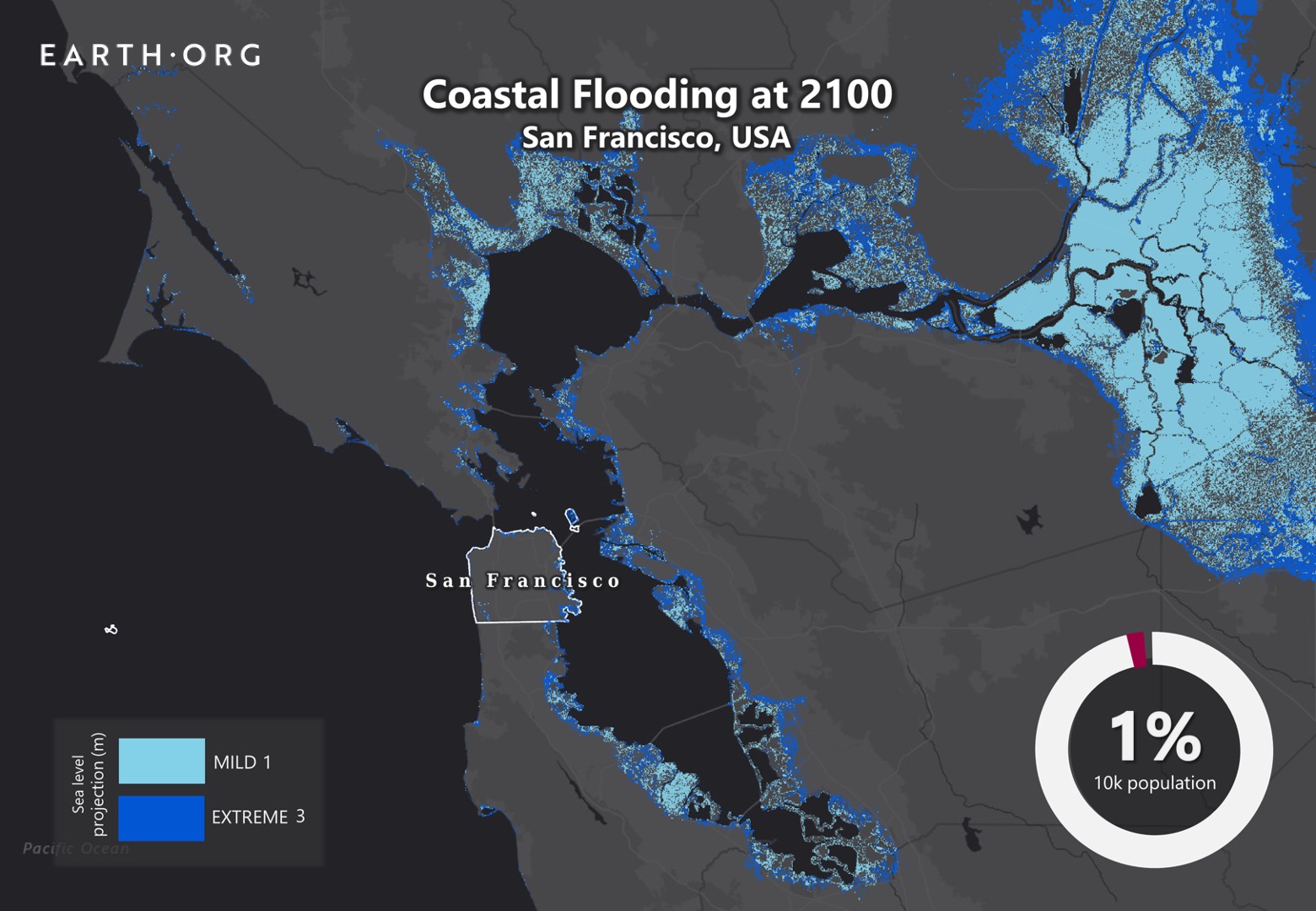