Taipei, the capital of Taiwan, often experiences heavy rainfall, but an exceptionally strong downpour hit the city in 2019. Severe floods like this are expected to become more frequent because of sea level rise, and the city must be prepared.

Earth.Org has mapped what strong floods could look like in Taipei by 2100.

Severe floods are becoming noticeably more common in Taipei, where temples safely located 300 years ago are now submerged at least once a year. This increasingly bothersome problem was not taken into account in the urban planning of Taipei, leaving it exposed to heavy infrastructure damage and hampered daily activity.

An often-encountered problem in Asia is over-extraction of groundwater resources. Taipei is no exception, and the ground upon which it is built is subsiding. Moreover, the island’s sub-tropical location will experience a much faster sea level rise than other locations on the globe. Despite this, Taiwan’s greenhouse gas emissions are still on the rise.

A long history of flooding and efficient drainage systems seems to have lulled the officials into a state of comfort, as they have yet to announce a protection plan. Some experts claim the best solution is to relocate the capital, but this would take two to three decades. If they are to carry out such a strategy, the implementation should start now.

If Taipei is to avoid massive population displacement, infrastructure damage, and freshwater contamination, it needs to start moving. Earth.Org has modelled what extreme flooding could look like by 2100 to illustrate the need for action. 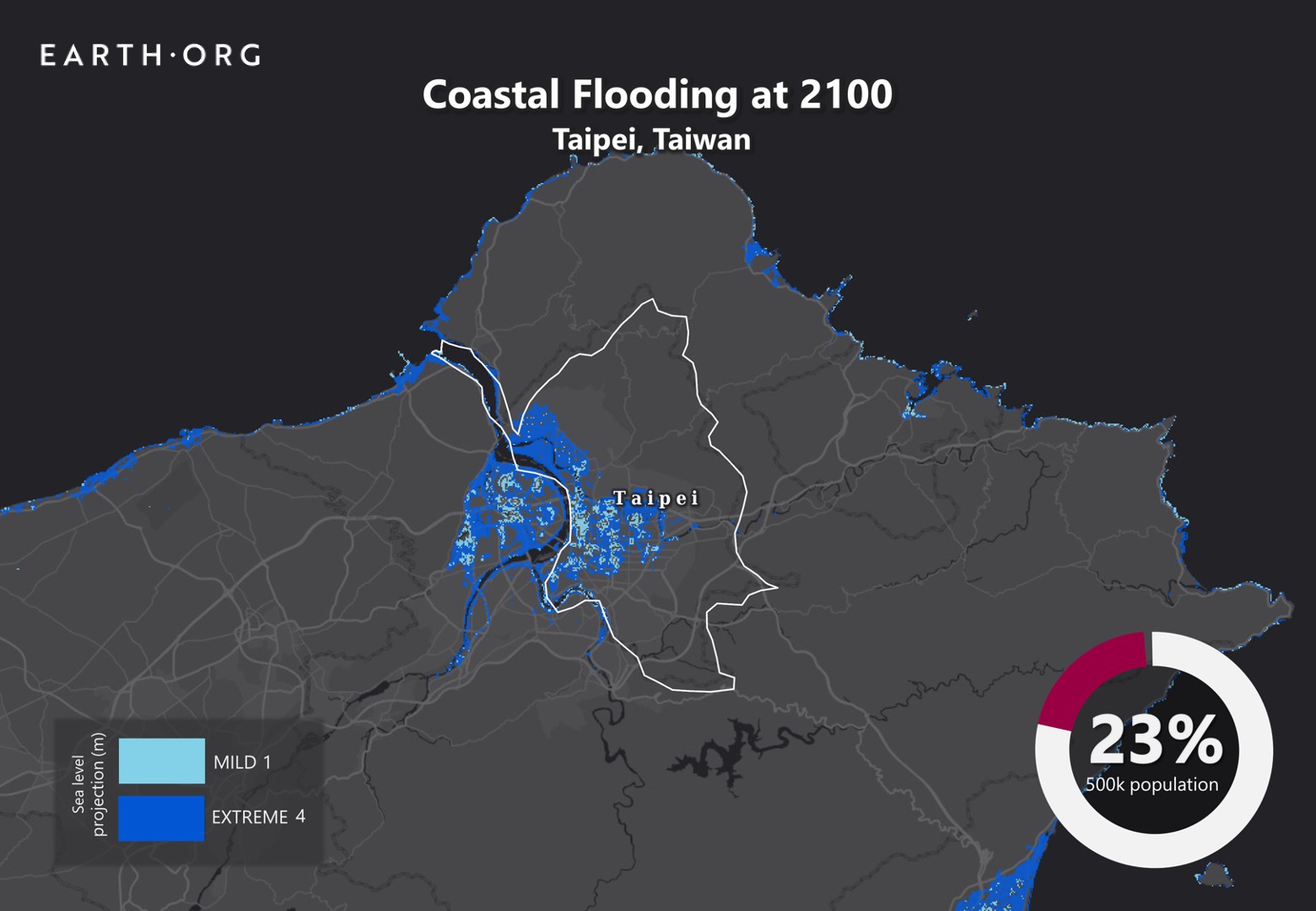