The countries of the Persian Gulf are highly arid and dependent on groundwater reserves to fend of drought and water scarcity. Further, cities and critical infrastructures are often found on the coast, and this combination makes the area extremely vulnerable to sea level rise.

Article adapted and reposted from Carboun.com, written by Karim Elgendy.

As the last ice age ended, the earth’s climate began to warm up, glaciers and ice sheets started to melt, and sea levels rose globally. With sea levels rising, seawater (once again) flooded into the Gulf (also known as the Persian Gulf or Arabia Gulf), whose sea floor was exposed for millennia and covered in sand dunes (except for lakes and the Tigris-Euphrates river meandering across it towards the Arabian sea). 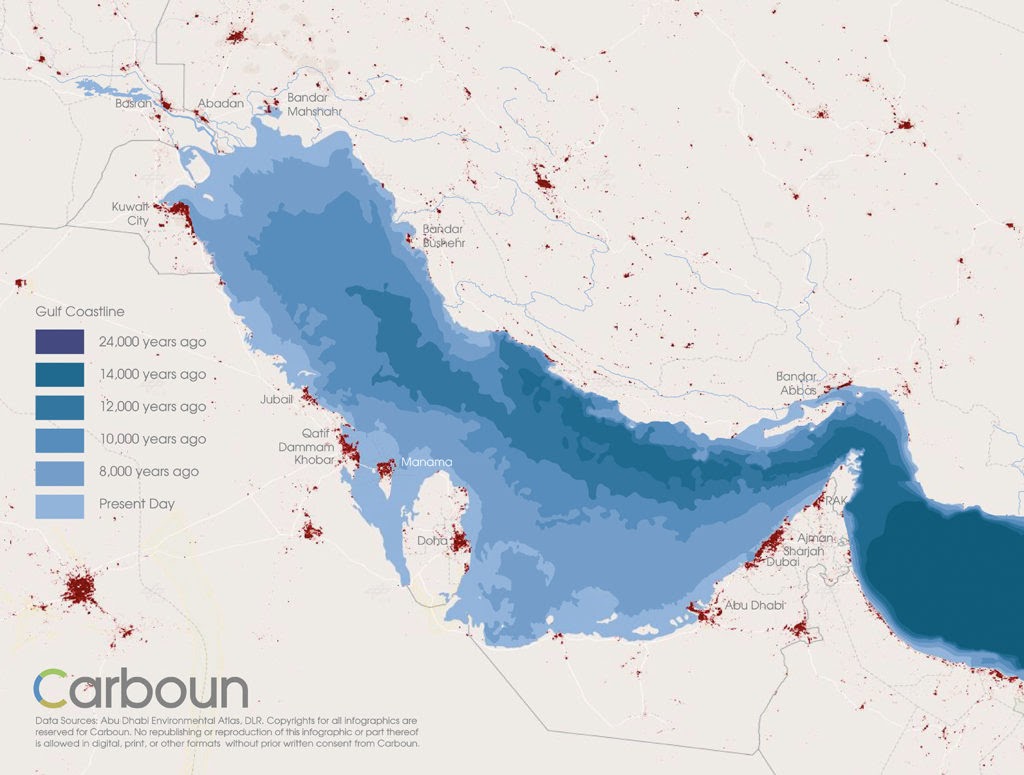 But since the beginning of the 20th century the world witnessed a new type of sea level rise, driven by Climate Change caused by human activity. Seas rose by 0.16-0.21 meters between 1900-2016 and are set to rise much faster if current trends continue. Naturally, the low-lying coastal areas around the Gulf are at risk again. The only difference being that we have now built cities and infrastructure on them.

To protect these investments and communities living there, we must mitigate further climate change by cutting our Carbon Emissions enough to meet the 1.5 degree target.

Cities of the region must also collaborate to develop a pan-regional comprehensive resilience strategy that protects their built environment, their infrastructure, and the future of the next generations who would like to call this region home.

In order to illustrate the need for action, Earth.Org has modelled what extreme sea level rise could look like in the Persian Gulf by the end of the century. 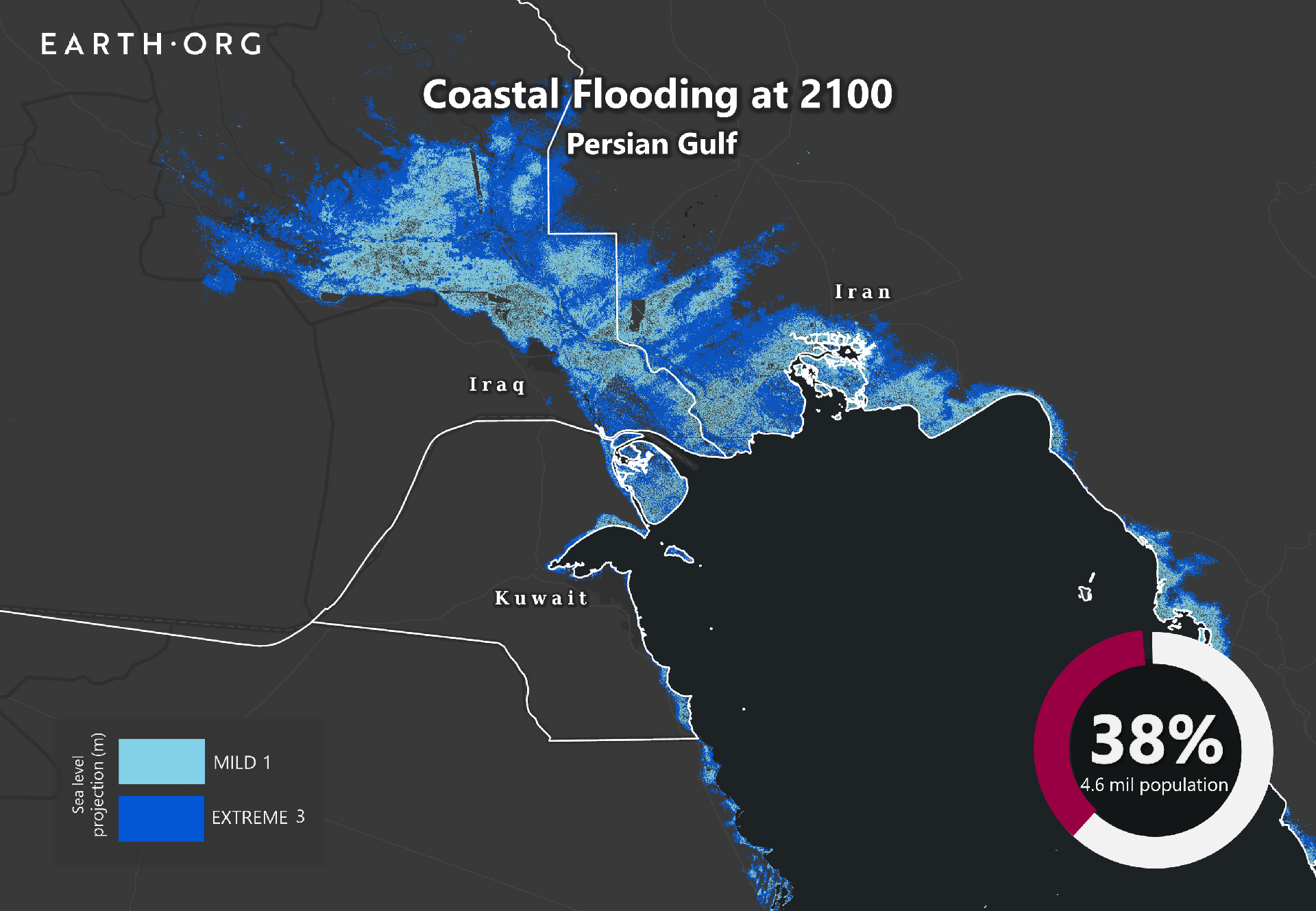