Tianjin, located along the Hai River, a tributary of the oft-overflowing Yangtze, is highly vulnerable to sea level rise. It already suffers from flooding during heavy downpours, and rising water levels will hamper its struggling drainage systems. Officials will have to invest heavily in mitigation measures over the next two decades to protect this economic hub.

Climate Change is making extreme weather events more likely, as demonstrated by the exceptional downpours affecting over 24 million people in China this year. Sea level rise is set to exacerbate this problem, as it increases tidal surges in rivers and hampers drainage in coastal areas.

Located in the low-lying, flat Hai River basin, Tianjin is a vibrant economic hub housing 285 Fortune 500 companies, and 15 million inhabitants. While it has a coastal wall, part of it cannot withstand a 1-in-100 year storm surge (whose intensity has a 1% chance of occurring in any given year). A recent study has shown that by 2030, 1-in-100 year floods could submerge over 3000 km2 of the 11 000 km2 area.

No public cost analysis has been released, but it is evidently worth investing in coastal defenses. These will have to take land subsidence, sea level rise, and extreme storm surge events into consideration. Earth.Org has modelled what a mild and extreme flooding event could look like in Tianjin by 2100 under a high emissions scenario to illustrate the need for action. 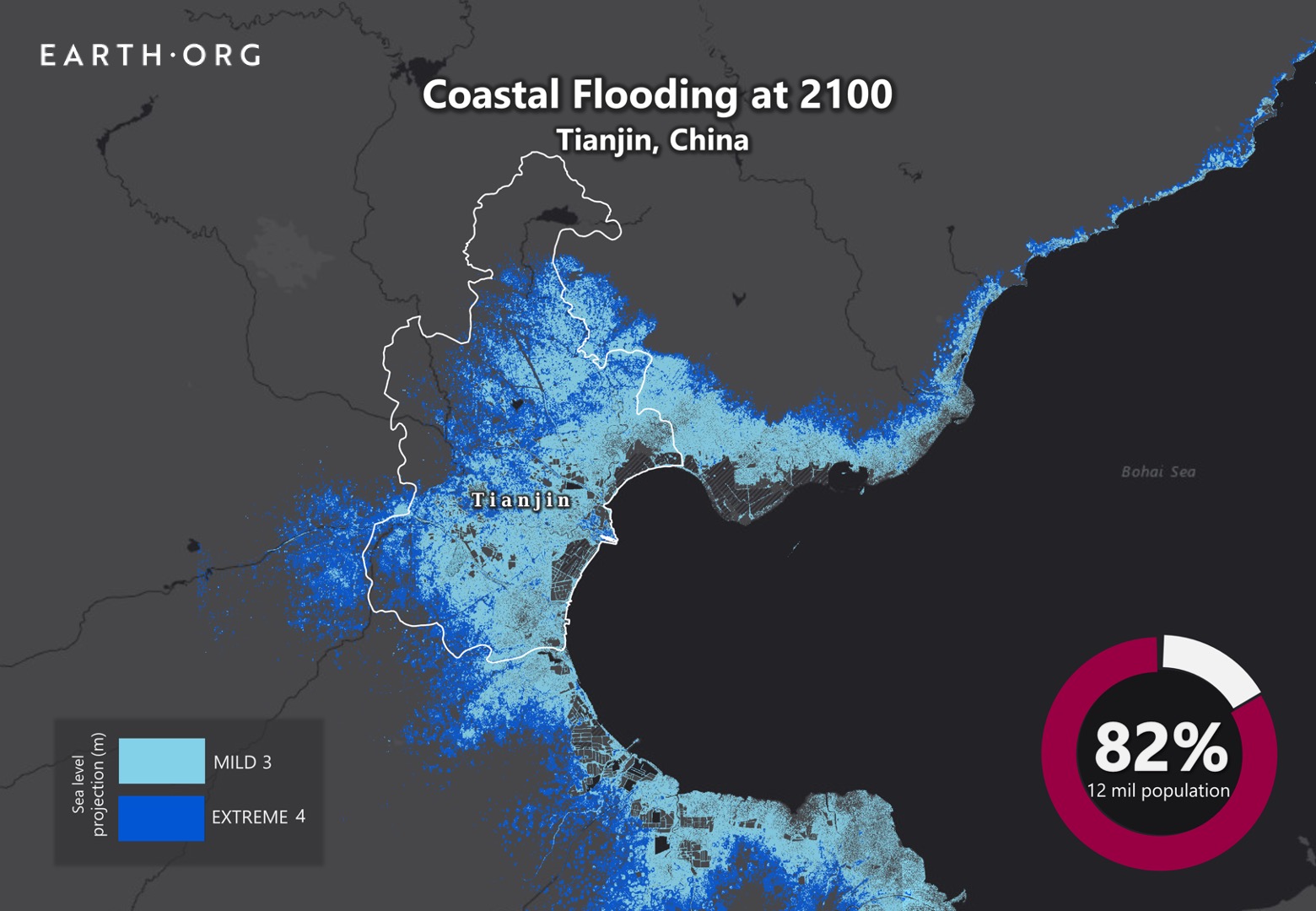