Typically hot and dry, Tunis sometimes experiences flash floods in autumn. These have become more violent in recent years, and sea level rise is expected to worsen the situation. Poorly equipped to deal with the rising waters, Tunisia faces a serious challenge.

Earth.Org has mapped what severe flooding could look like in Tunis by 2100.

Tunisia is a lower- to middle-income country in North Africa in the southern Mediterranean. It is quite vulnerable to multiple aspects of climate change, as it is heavily reliant on agriculture and extreme weather events could become more frequent. Over 80% of Tunisia’s economic activity is concentrated on its North-Eastern coastline and islands, where two-thirds of the country’s 11.6 million inhabitants live.

While Tunisia will bear the full brunt of additional aridification in non-coastal areas, densely populated sea-side will be left to tackle sea level rise, a challenge it is unprepared for. Much of Tunis is on a low-lying plateau around the sea, and while there is some awareness of the danger, no policies or action plans have been proposed by the government.

While the direct and further knock-on costs of sea level rise have not been estimated for Tunis, our in-house modelling shows that up to 200 thousand people could be displaced by flooding on top of sea level rise by 2100. Such an event would also paralyze economic activity, severely damage buildings, and possibly discourage tourism. As a call for awareness and action, we illustrate this below. 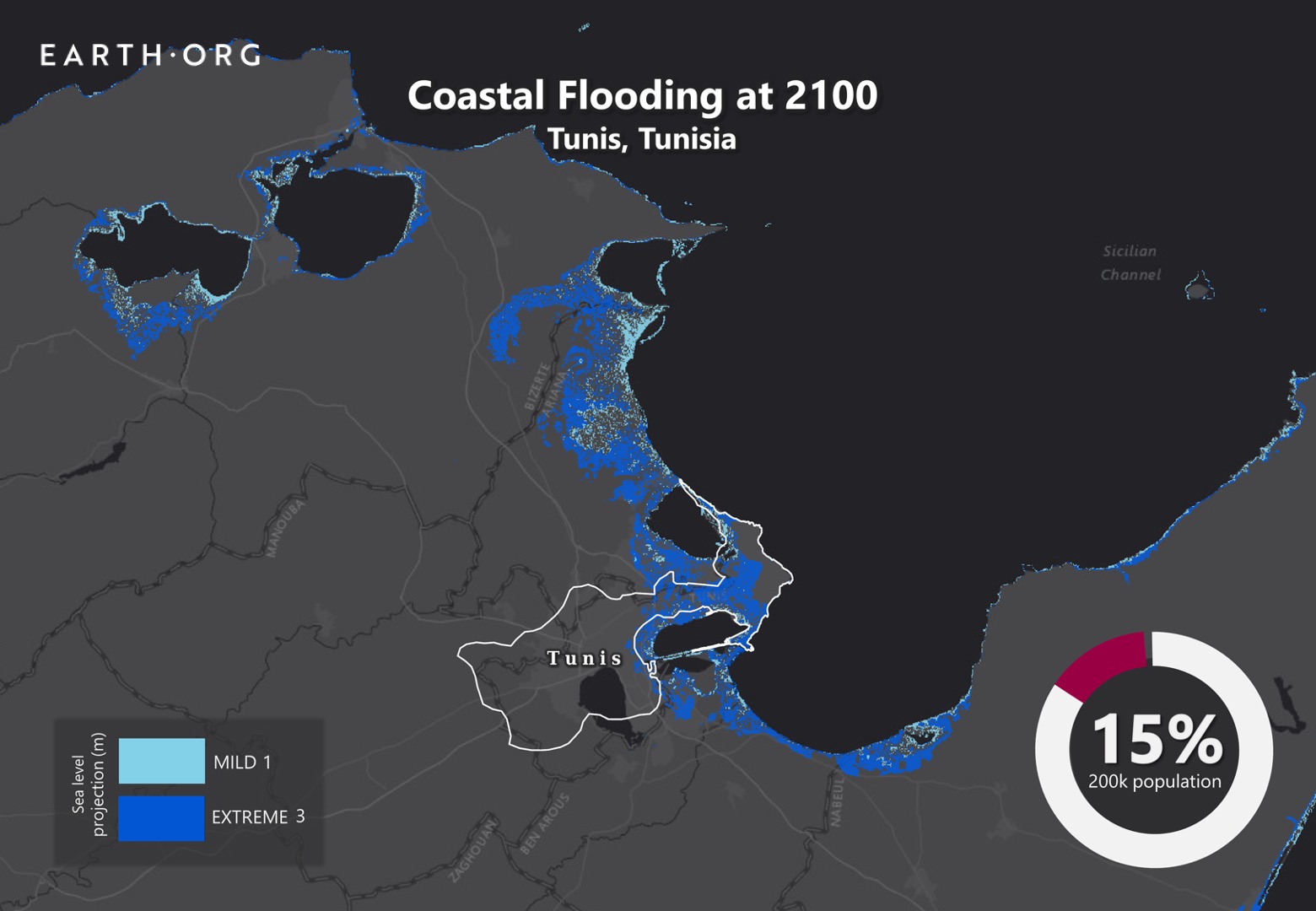