Virginia Beach is a resort city with around 500 000 inhabitants. The economy is heavily reliant on its near-sea level installations, which are extremely vulnerable to sea level rise. Many homes are also exposed, driving officials to consider expensive flood protection plans, but will they be enough for the worst-case scenario?

Earth.Org has mapped coastal flooding at Virginia Beach under a high emissions scenario to help visualize the risk it is facing.

Hundreds of houses and many roads are frequently flooded in Virginia Beach. In the last few years, tides have been noticeably higher, and officials are taking mitigation measures, passing a flood control program to safeguard this seaside community.

The plan, dubbed Sea Level Wise, consists of developing engineered defenses, adapting structures, natural mitigation, and preparing the communities at risk. It is a multi-billion dollar project that will feature purchasing structures at risk and rebuilding in safer locations, new requirements for building ground floor elevation, and seawalls.

There is a glaring issue. Critical infrastructure like hospitals will prepare for about a meter sea level rise, while non-critical building for half a meter. Unfortunately, a recent paper published in Nature estimates that, under high emissions scenarios, global sea levels could rise by an average of 1 to 2 meters by 2100.

We all hope that the worst-case scenario does not materialize, and it is difficult to ask communities to invest accordingly, but recent news on the unexpectedly rapid ice loss of the Antarctic ice sheet is not reassuring. Earth.Org has modelled what flooding could look like in Virginia Beach by 2100 if we continue on our current course. 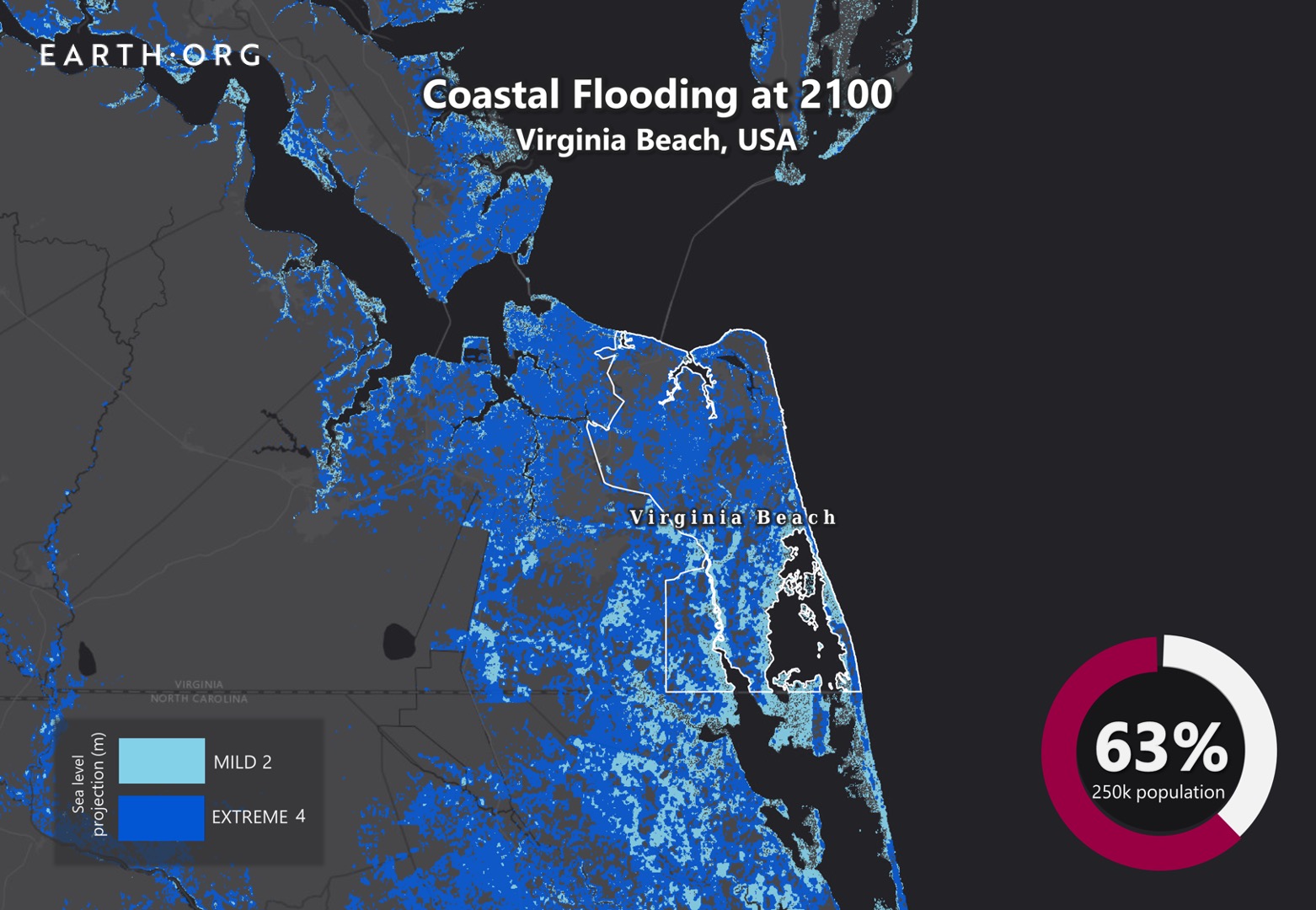