Jakarta is frequently subjected to earthquakes, landslides and flash floods that take lives and displace thousands of people. Uncontrolled groundwater drainage has led the city to sink at alarming rates, which, combined with rising sea levels is expected to fully sink the city by the end of the century.

Earth.Org has mapped the extreme flooding potential Jakarta could face by 2100.

Jakarta is the largest city and capital of Indonesia. It lies on the northwest coast of Java at the mouth of the Ciliwung river. With a population of 10 million people, and a metropolitan area housing 30 million, it is set to become the world’s largest mega-city. The 662 km2 area it covers averages 7 metres above sea level, but 40% stands below this threshold, especially in the northern, sea-adjacent area. When high tides coincide with heavy rain, water fills out these low-lying areas causing casualties (66 in 2020), infrastructure damage and crippling socio-economic activity.

Jakarta has been steadily growing in population and size since the 1940s and many of its inhabitants come in search of better economic conditions. This expansion has been poorly controlled by the government, and has led to a particularly harmful practice. Poorer households use groundwater because piped water is considered a luxury. Excessive groundwater drainage is making Jakarta sink about 5 to 10 centimetres each year, about 130 times faster than sea level rise.

The dangerous combination of rising waters and sinking land means Jakarta will likely be partly submerged by 2050. The government plans to spend USD $33 billion to move the entire city, but they maybe could have cushioned the blow had they regulated the city’s expansion with more care.

We have modelled what extreme flooding, combining storm surges, high tides and rising sea levels would look like in Jakarta by 2100 if no action is taken. 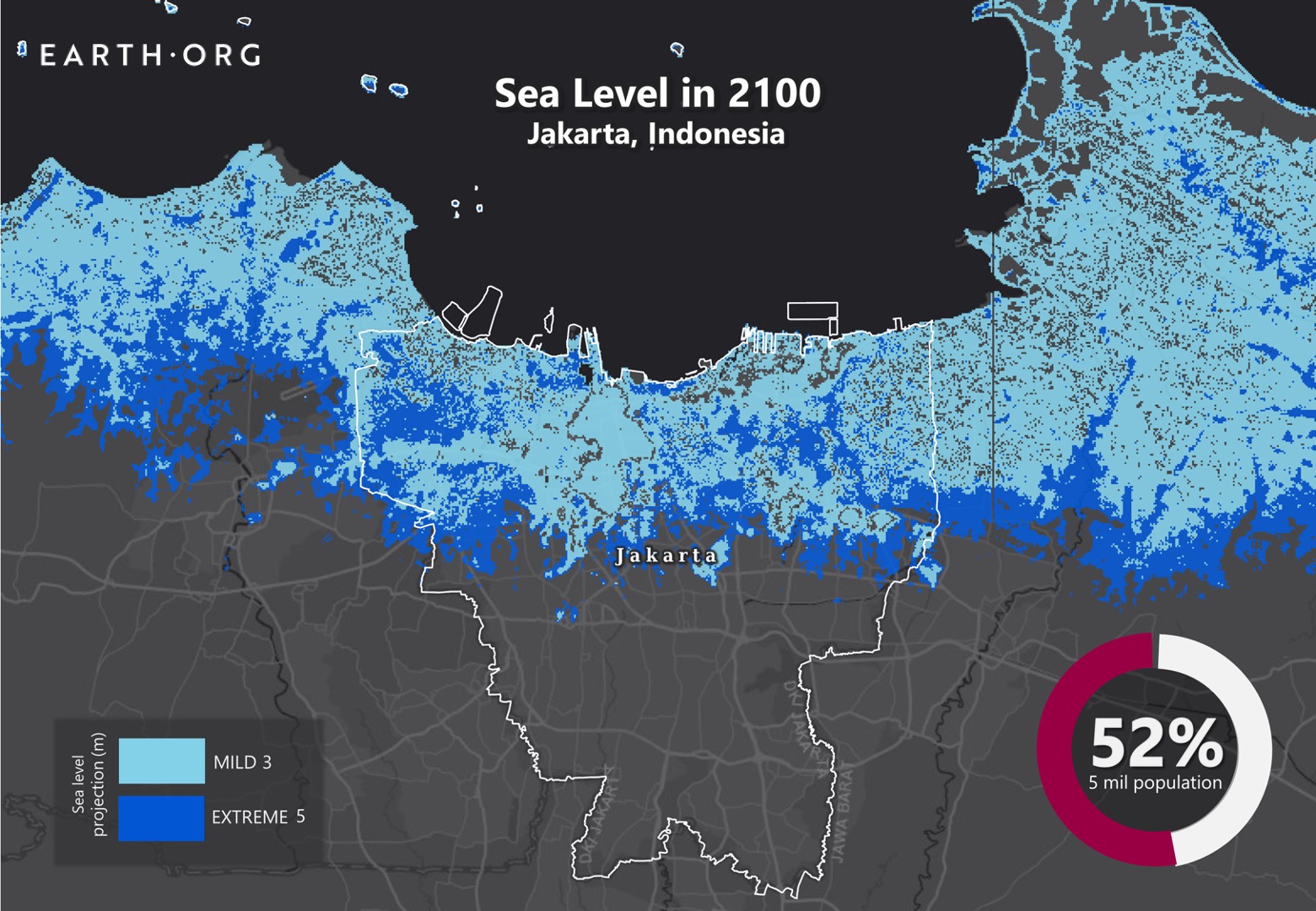