Flooding isn’t unusual in Alexandria, but they are usually triggered by rain. In the past year, the city has suffered from tidal flooding, entirely due to maritime dynamics. This highlights the city’s vulnerability to rising sea levels, and its lack or preparation.

Earth.Org has mapped what severe flooding could look like in Alexandria by 2100.

After a flash flood that killed seven people in 2015, officials built concrete barriers to reduce coastal flood potential in Alexandria. However, much of the city sits on low-lying grounds that will suffer from coastal flooding if no protective infrastructure is built. Moreover, the compounded effect of climate change is expected to decrease Egypt’s agriculture by 47% by 2060 due to groundwater inundation by salt water.

In the face of this looming crisis, the Egyptian government claims it is doing everything it can according to an interview by Bloomberg CityLab. An advisor in water resource planning and management to the governor of Alexandria said they “have a lot of protection when it comes to sea-level rise’ but their main focus is trying to prevent floods like that of 2015.

Their approach is to force residents in poor, vulnerable areas to relocate, often into better housing but with no subsidy for rent. This strategy extends to Egypt as a whole, with plans to construct new cities meant to cost over USD $45 billion and no explicit plan for protecting places like Alexandria and Cairo.

One of the main issues is a lack of consensus on the gravity of climate change. Many officials do not believe any cities are under immediate threat, a statement that reveals their lack of foresight.

With no flood control plans or large relocation program for the city of Alexandria the citizens will be left to face the rising sea levels, on top which floods will cause devastating damage. Earth.Org has modelled what such a flood could look like by 2100. 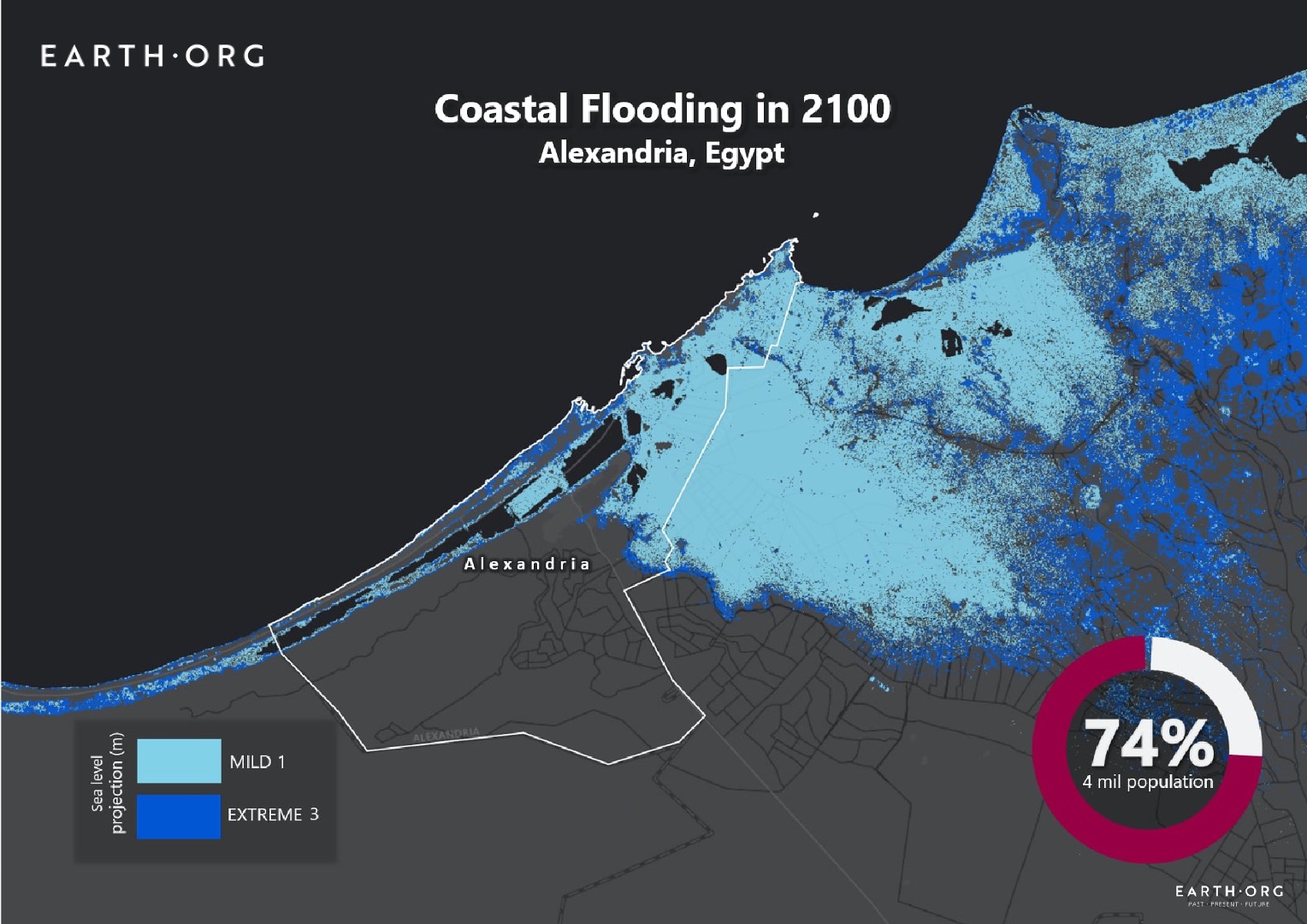