Built on the Chao Phraya River delta in Thailand’s central plain, Bangkok is a low-lying city with an average elevation of 1.5 metres above sea level. Sea level rise alone, expected to reach 1 to 2 metres, will submerge most of the city by the end of the century. Disruptive floods will become catastrophic events, putting lives and infrastructure in danger, and costing a great deal to adapt to.

Earth.Org has mapped severe flooding in Bangkok by 2100 to illustrate the impending danger.

Bangkok lies on what used to be an extensive swampland. The water-logged area was drained to accommodate for agriculture, and then urban expansion. It sits a layer of soft clay known as “Bangkok clay”, around 15 metres thick and housing beneath it a large groundwater reservoir. Like many other Asian cities, excessive extraction is causing alarming subsidence, whose rates reached 120 millimetres per year in 1981 (4.7 inches). This has been slowed thanks to more mindful practices, but parts of the city are now 1 metre below sea level.

Torrential rains readily fill up these lower areas, and poor drainage systems do little to mitigate severe flooding events that can persist for up to two months. Despite some effort to improve infrastructure, not enough is being done. A study by the OECD estimated that 5 out of the 10 million people living in Bangkok would be exposed to flood risk by 2070. Since then, the sixth IPCC Assessment Report is coming through with even more alarming projections for the end of the century.

If Thailand’s government is to avoid dire consequences, they must act now. A sense of urgency has settled on the population and officials alike, but a concrete plan has yet to be put forward. Earth.Org has modelled severe flooding on top of sea level rise by 2100 to illustrate the need for action. 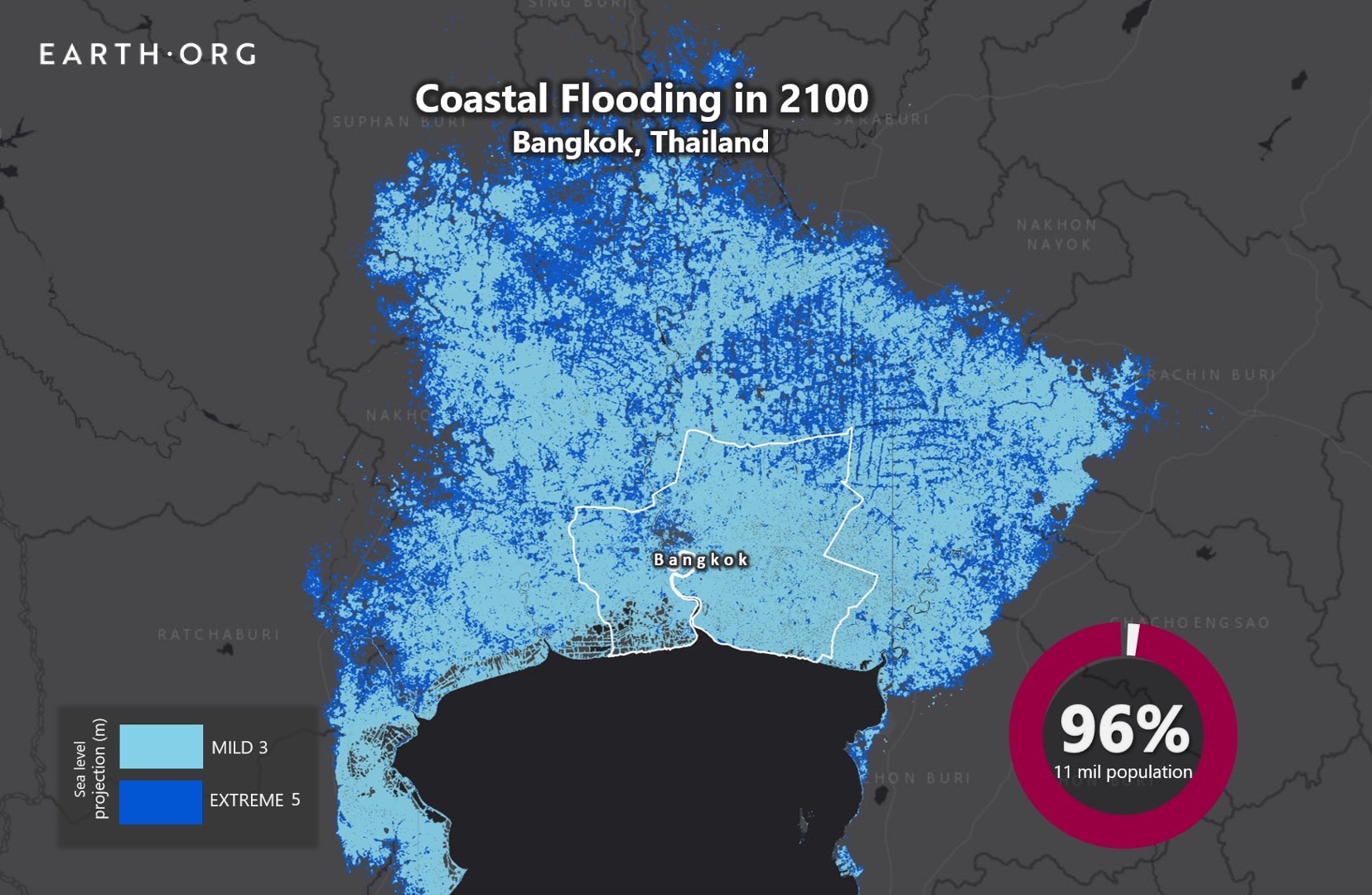