Dhaka, the most populous city of Bangladesh, sits on the Ganges River Delta, a massive wetland spilling into the Bay of Bengal. Severe flooding events are becoming more frequent and water sources are contaminated. The added pressure of sea level rise will force the people of Dhaka to adapt, putting more financial burden on a country with few resources.

Earth.org has mapped what extreme flooding could look like in Dhaka by the end of the century.

Dhaka is the financial and commercial capital of Bangladesh, accounting for 35% of its economic activity. Bounded by the Buriganga, Turag, Daleshwari and Shitalakshya Rivers, it was once called the “Venice of the East”. The original settlement was concentrated on heights, like the Madhupur terrace, but newer districts are now built on flood-prone areas.

Natural channels used to form a natural drainage network throughout the city, warranting its title of “Venice of the East”, or “City of Channels”. Leading to the surrounding rivers, these depressions were vital to draining excess downpour out of Dhaka. However, exceptionally severe floods in 1988 and 1998, along with a population explosion from 2 to 8 million inhabitants, changed the river-harmonious city planning into attempts to control the environment. Dams and embankments were built for flood protection, cutting off lower wetlands while the remaining water bodies were filled to accommodate urban expansion.

Having done away with natural drainage systems, today’s artificial flood control systems are barely sufficient, and water reserves are contaminated with disease and industrial waste. Rising sea levels must be prepared against, but poor city planning and continual expansion makes it difficult to adapt.

In order to illustrate the looming threat, Earth.Org has modelled what strong flooding would look like when combined with sea level rise by the year 2100. 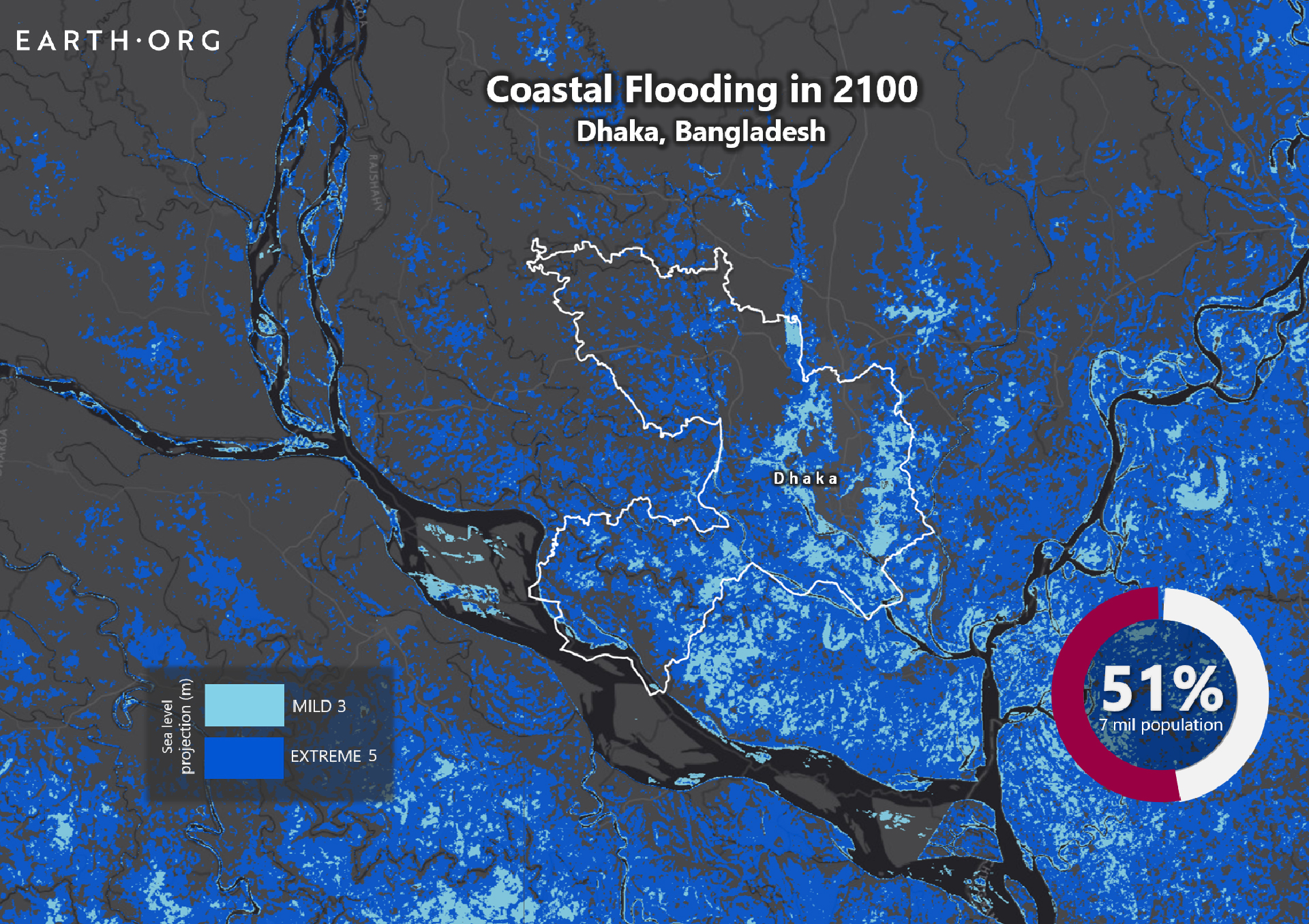