A recent paper published in Nature triples the “estimates of global vulnerability to sea-level rise and coastal flooding”. The upper projection of 2 metres sea level rise would displace up to 57 million people in China, most of these in Shanghai and Guangzhou.

Guangzhou is the capital of the Guangdong province in China, with nearly 15 million inhabitants, it is steadily growing with a large number of foreign temporary residents. It is built on the the Pearl River Delta’s alluvial plain which often experiences flooding. Urban expansion at the expense of natural drainage systems like swamps and Mangroves have exacerbated such events, but sea level rise is set to make things much worse.

As it is, Guangzhou is able to maintain its vibrant economic activity despite the inconvenience of floods, but the predicted 1 to 2 metres of sea level rise mean that the city will have to invest in flood mitigation before long. No detailed plan has been drafted yet, but the authorities will surely reveal one soon in light of the latest climate models.

Earth.Org has modelled what severe flooding could look like in Guangzhou by the end of the century in the absence of protective measures. 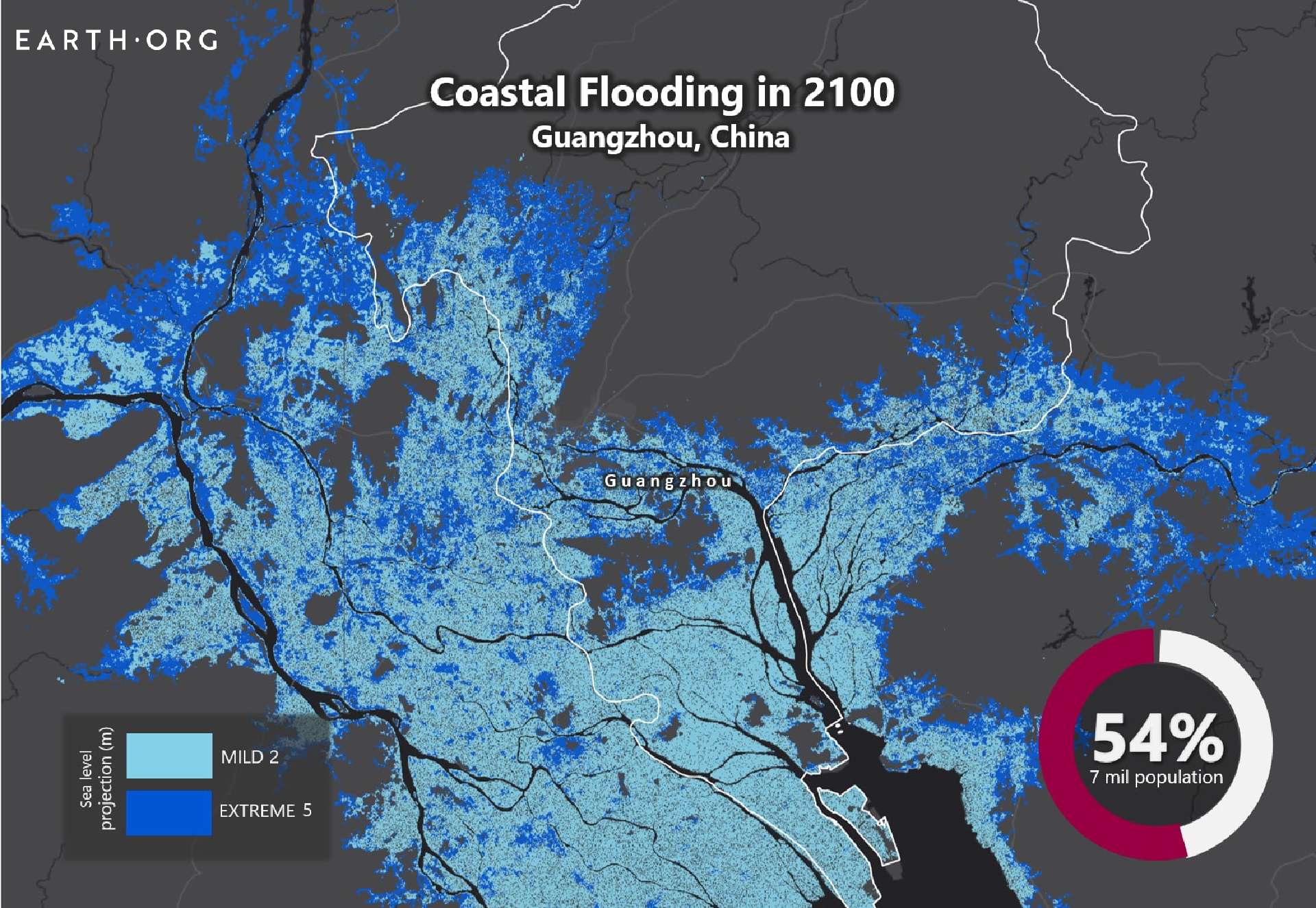