Manila is sinking. Will it succumb to rising sea levels? There are few cities as vulnerable to sea level rise as metropolitan Manila, lying partly beneath sea level due to intense groundwater pumping. As sea levels rise, the 14 million inhabitants of Manila become more exposed, and preventive measures that aren’t adequate today will be insignificant unless action is taken.

Earth.Org has mapped the high-level flood potential the low-lying city could suffer by 2100.

When talking about rising sea levels, the challenge is sometimes to raise awareness of a problem that has yet to affect the citizens’ daily lives. This is not the case in Manila, where severe flooding happens frequently. The Philippines is one of the most disaster-prone countries in the world, experiencing more than 20 typhoons a year.

The majority of the city’s drainage systems are sub-par, and cannot evacuate water from heavy rainfall fast enough to avoid flooding. Water subsidence took an average of 18.5 minutes in 2017, and 30 minutes in 2018, so things are getting worse. Why? The Metropolitan Manila Development Authority (MMDA) admitted in 2019 that 60% of the drainage systems were clogged and silted. Moreover, The Commission on Audit found that only 53 of the 170 flood prevention programs in 2018 were completed.

Worse yet, short-sighted policy-making has allowed rapid groundwater drainage, causing the city to sag into a bowl-like shape. Many of Manila’s citizens live in poor conditions, with an estimated 3 million people in informal settlements (shantytowns). Moving away would mean losing their jobs and access to healthcare and other benefits from city infrastructure.

Projected sea level rise will amplify the threats of material damage and population displacement Manila’s floods already present. We illustrate what some of these extreme flooding events could look like by 2100 below. 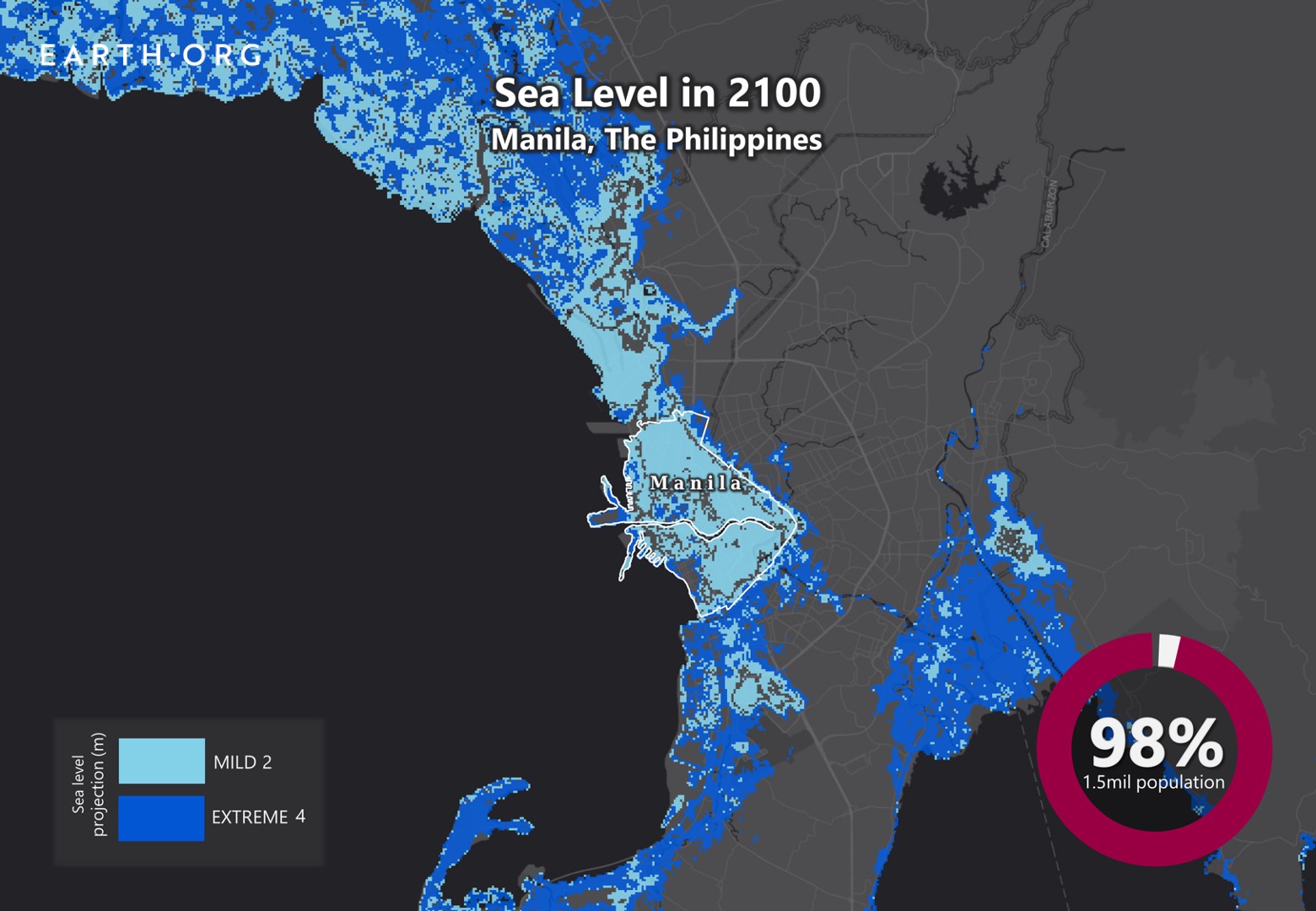