During the rainy season, from May to October, Ho Chi Minh experiences regular flooding. A combination of high tides, heavy rains, overflow in the Saigon and Dong Nai rivers and land subsidence puts the city in the top 10 most vulnerable to sea level rise.

Earth.Org has mapped what a severe flood could look like in Ho Chi Minh by 2100.

Flooding is a common part of life in Ho Chi Minh city. 40 to 45% of the city stands less than a meter above sea level and land subsidence due to rapid groundwater extraction is making this worse. Record breaking river tides, reaching 1.77 metres, are increasingly frequent because tide-draining swamps have been filled up to build housing.

A 1-in-100 year flood (whose intensity has a 1% chance of occurring in any given year) could cause hundreds of millions of US dollars in infrastructure damage and up to USD $1.5 billion in real estate damage. A recent paper published in Nature estimates that, under high emissions scenarios, global sea levels could rise by an average 1 to 2 meters by 2100. This phenomenon could put a large part of the city under water without any kind of water surge, meaning that a 1-in-100 year flood would be disastrous.

A 2017 study states that such an event would cost USD $7.8 billion in infrastructure damage and $18 billion in real estate costs. The knock-on effects of the city’s shutdown were estimated at $45 billion, or a fifth of Vietnam’s GDP.  Earth.Org has modelled what such a flood would result in by 2100. 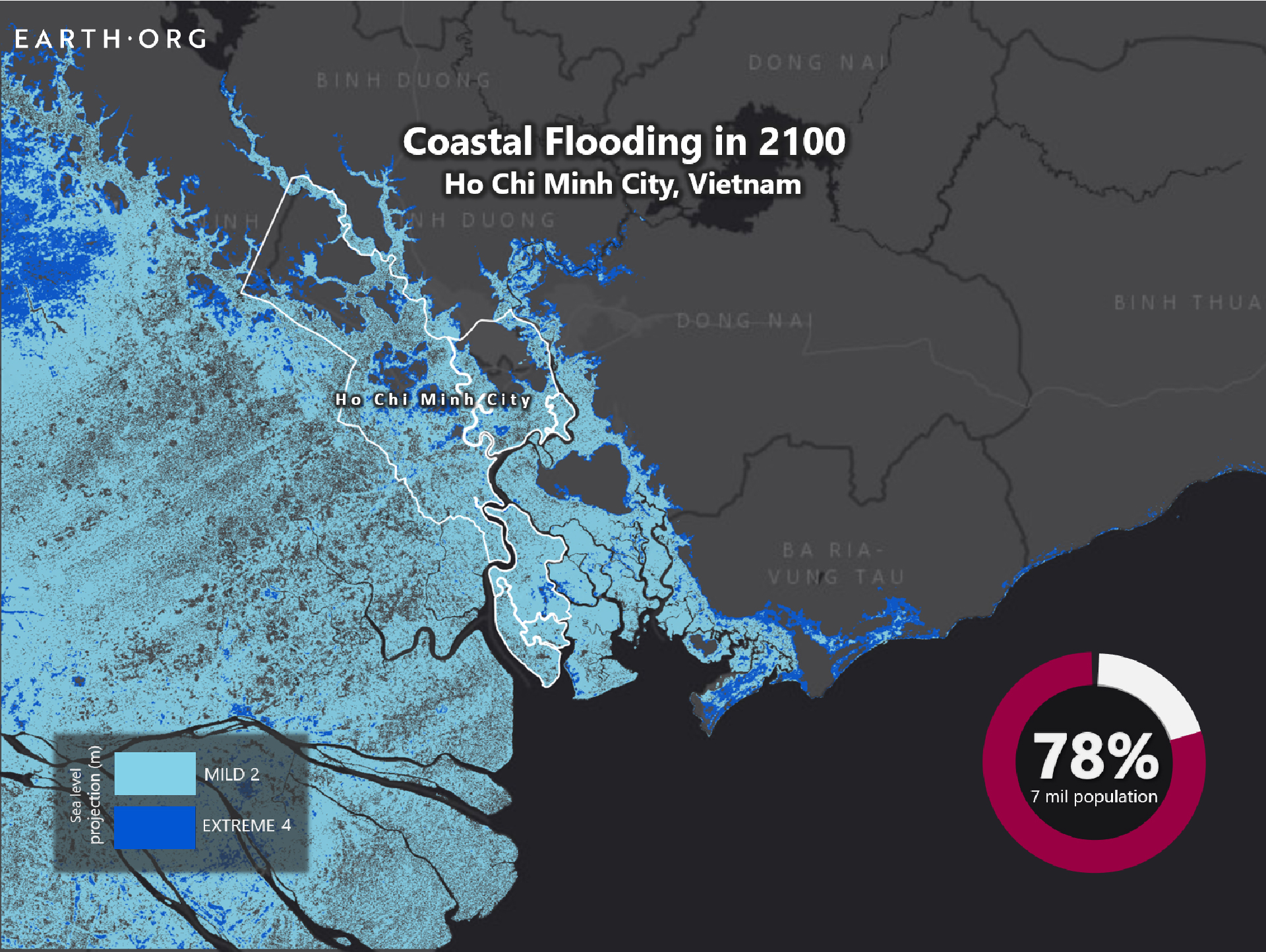