Kolkata (also known as Calcutta), built around the Hooghly River, is highly vulnerable to flooding from the monsoon rainfall between June and September. While these bring life to a stall, the city can cope. Cyclones however, like Amphan that came through in May 2020, cause devastating damage and cost many lives.

A less prominent yet imminent threat is that of sea level rise, expected to fully engulf the city by 2100. Earth.Org has mapped what rising sea levels could lead to in Kolkata.

The city of Kolkata is home to 14 million people, making it the third largest agglomeration in India. It underwent rapid industrial expansion from the 1850s onward, but its infrastructure was destroyed by Japanese air strikes during World War II, then by a violent Marxist-Maoist movement called the Naxalites in the 1970s. The IT industry has revived the city but the disorganization of its expansion has left many vulnerable to natural disasters.

Built on the lower Ganges Delta in what used to be wetlands, the water-logged region makes this low-lying city particularly vulnerable to flooding. Elevation varies from 1.5 meters to 11 meters above sea level, but there are also many natural depressions and a malleable clay layer beneath. Moreover, the drainage system in Kolkata may be one of the oldest in India. The poor economic history of the city has led to poor infrastructure maintenance and city planning, leading to clogged and unsanitary sewage, and sub-optimal canal design.

As sea levels continue to rise, a normal flood’s impact will be amplified enough to cause serious real estate and infrastructural damage. Worse yet, a 1-in-100 year flood (whose intensity has a 1% chance of occurring in any given year), most probably driven by a storm surge, could kill hundreds if not thousands and majorly disrupt economic activity.

Mitigation would require a gargantuan effort, either by building defences or elevating vulnerable parts of the city. Earth.Org has modelled what a 1-in-100 year flood would look like by 2100 in the absence of preventive measures. 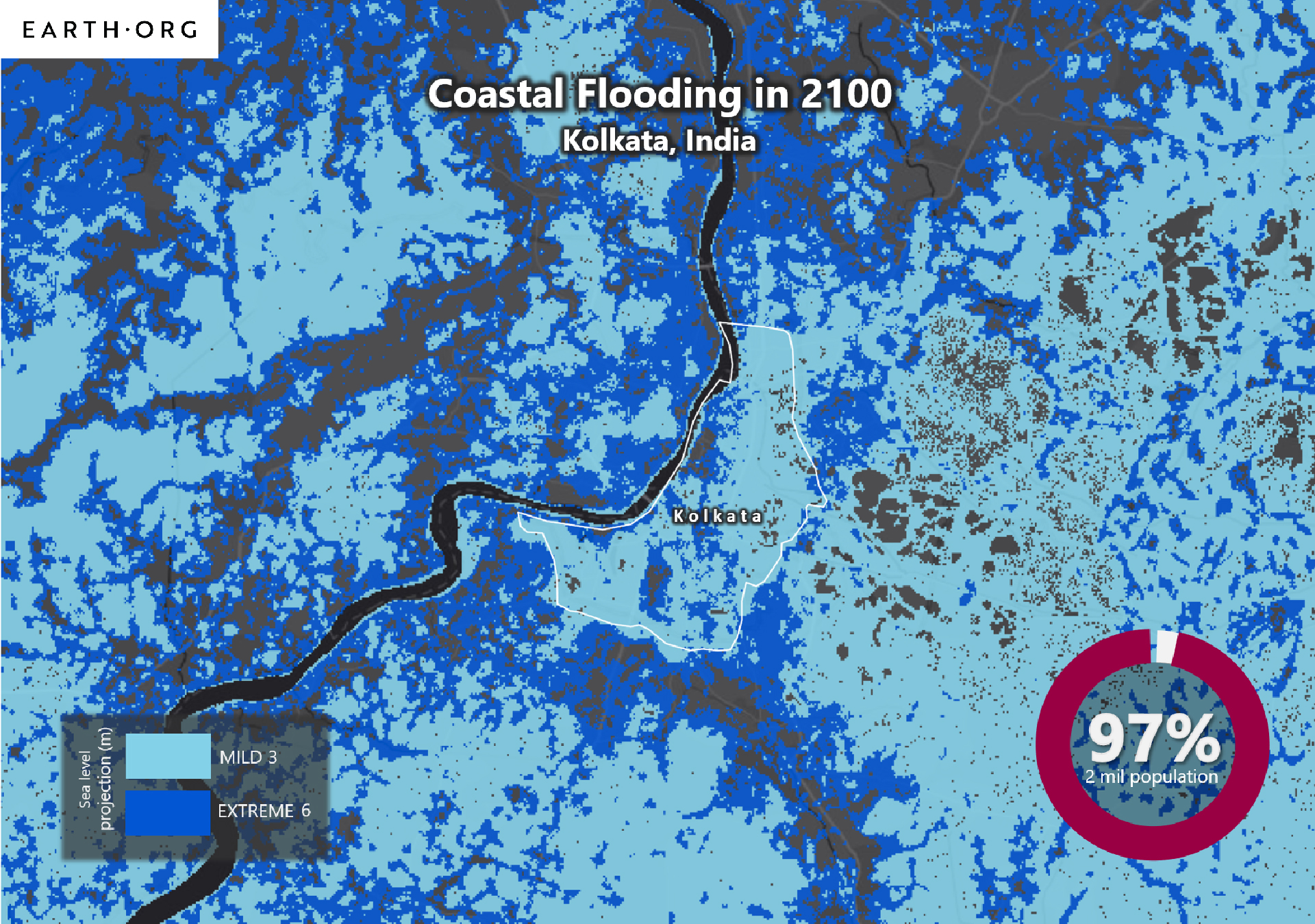