Like any city built around a major river, London may be exposed to flooding as a result of sea level rise. Despite its government’s recognition of climate change and its wealth, at least 1 million Londoners live in a natural floodplain, and 16% of the city’s properties are considered to be at risk.

Earth.Org has mapped the high-level flood potential London could suffer by 2100.

Londoners have been aware of the Thames river’s threat for a long time, and decided to build a large flood defence system that was completed 1982. It spans 520 meters across, and lifts up 10 steel gates to shut off the river’s flow, guarding London against tidal surges. There has been a lot of variation in how many uses these barriers have seen per year, but they had to be shut 50 times in 2013-2014, which was far above average.

The barriers aren’t expected to make it past 2070 before they need a replacement, and the UK Environment Agency’s plan for flood defence will cost several billion pounds. We model what extreme flooding in 2100 would look like in London in the absence of the barriers, demonstrating why it is so crucial for governments to allocate resources for preventive measures. 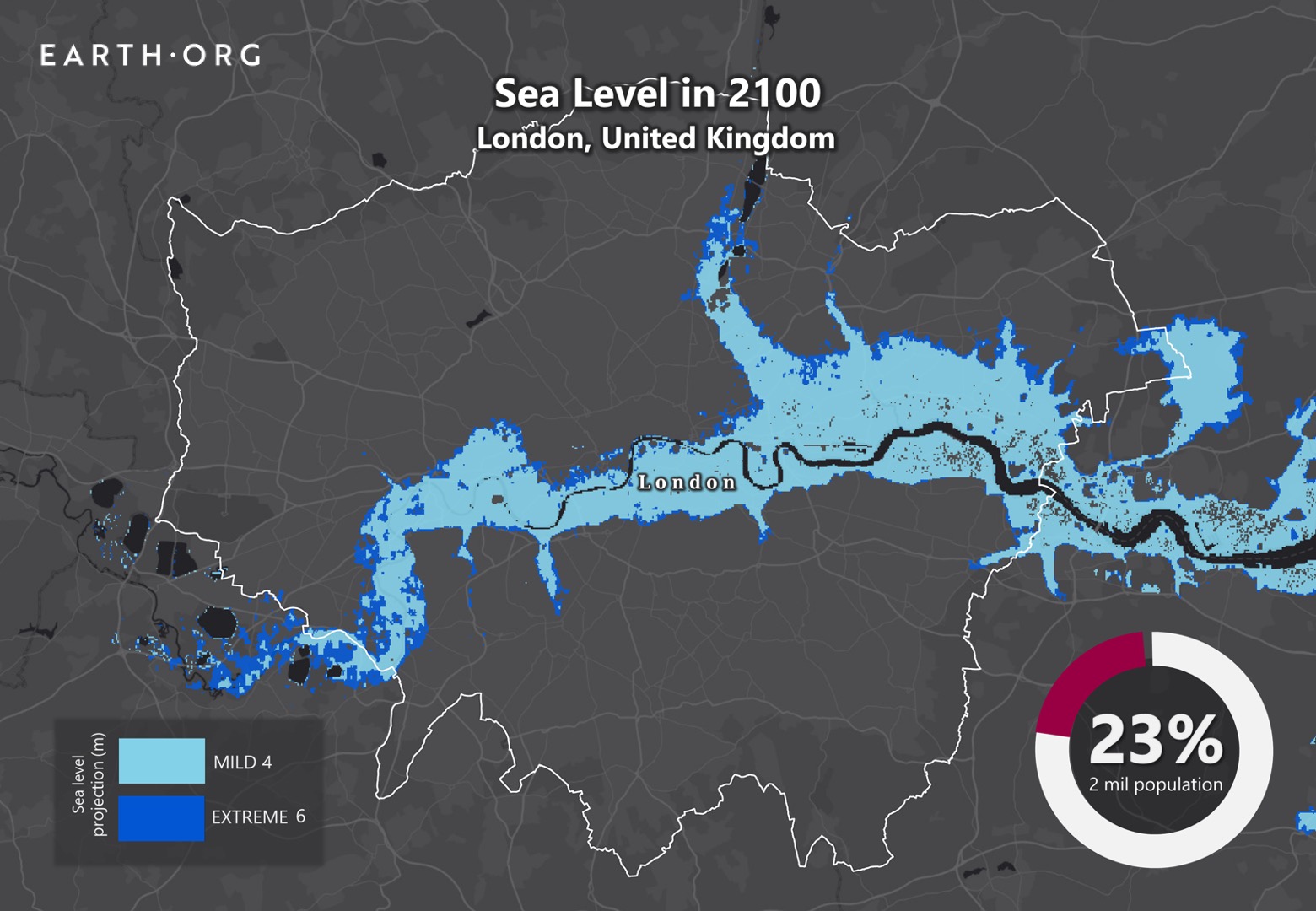