Mumbai has been declared one of the most vulnerable cities to climate change due to its high population density, economic importance and flood-proneness. Rising sea levels will worsen the effects of severe flooding, like the 2005 Maharashtra episode that caused a direct loss of USD $100 million, with many more knock-on costs.

Earth.Org has mapped what extreme water surges could look like in Mumbai by 2100.

Climate change is already affecting the central belt of India from Mumbai to Bhubaneshwar, as demonstrated by the three-fold increase in heavy rainfall events from 1901 to 2015. These can sometimes last for 2 to 3 days and paralyse cities for even longer. This is due to antiquated drainage systems, much like in Kolkata. Mumbai storm-drainage was set up in the early 1900s with a maximum throughput of 25 millimetres per hour. Highly insufficient for dealing with downpours reaching 993 millimetres in 24 hours.

Like other Indian and South-East Asian countries, Mumbai suffers from uncontrolled, unplanned development, especially in its northern suburbs. This means poorly designed drainage plans that accommodate a small area but don’t function on a city-wide scale. The city is therefore unequipped to deal with exceptionally strong floods.

An ambitious plan was commissioned by the Brihanmumbai Municipal Corporation in 1990, meant to overhaul the drainage system but it was rejected for being too costly (6 billion rupee, USD $800 million). It is indeed a huge sum, but is it a necessary cost? A recent paper published in Nature estimates that, under high emissions scenarios, global sea levels could rise by an average 1 to 2 meters by 2100. Combined with a severe downpour, a flood like the one below could hit Mumbai. 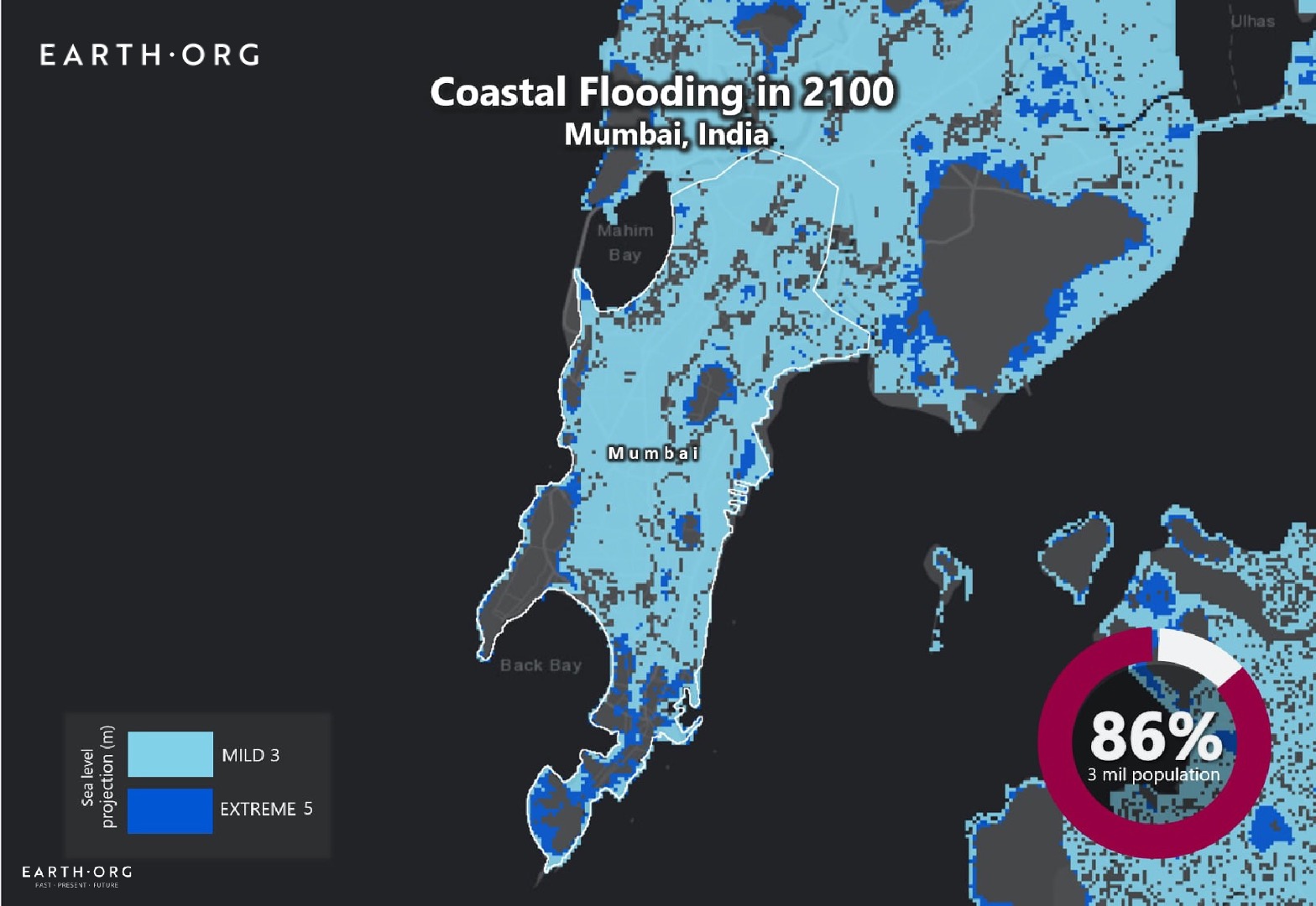