Sea level rise is taken seriously in New York city. According to a survey, 37% of lower Manhattan will be exposed to storm surges by 2050, and official estimates for 2100 have not yet been published. Sea level rise is accelerating and exacerbating the potential for catastrophic flooding as time passes.

Earth.Org has mapped what a severe flood would look like in New York city by 2100.

New York’s coastline is a staggering 837 kilometres long. Building defences on such a scale will be a gargantuan task, but one that the city must undertake nonetheless. Low-end estimates for sea level rise by 2100 double the amount of citizens exposed to a 1-in-100 year flood (a flood whose intensity has a 1% chance of occurring in any given year).

The mayor Bill de Blasio announced a USD $10 billion defence plan last year, although the funds aren’t entirely accounted for. Even more doubtful in light of USD $27 million of planned investment for Hurricane Sandy recovery than never came through.

The plan involves elevating parks, building removal flood barriers, a five-mile seawall around Staten Island and sand bars around the rockaways. The lower tip of Manhattan, most at risk, cannot accommodate flood barriers. The proposed solution is to develop two adjacent blocks of elevated land encapsulating the point and protecting it from future surges.

To better understand why this infrastructure is considered essential, despite the massive costs and onerous nature of the work, Earth.Org has modelled what extreme flooding could look like in New York by 2100. 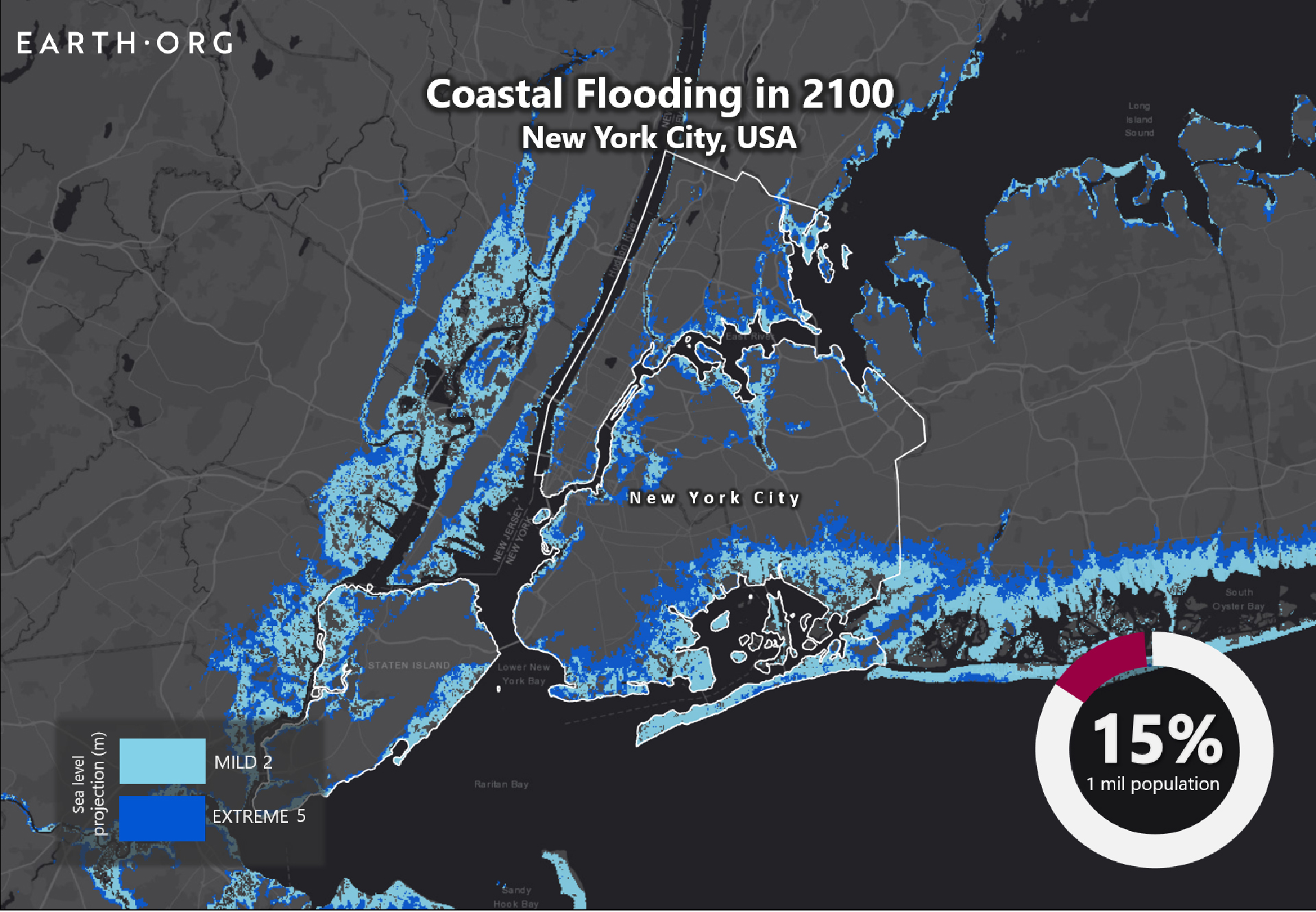