A recent paper published in Nature triples the “estimates of global vulnerability to sea-level rise and coastal flooding”. The upper projection of 2 metres sea level rise would displace up to 57 million people in China, most of these in Shanghai and Guangzhou.

Earth.Org has mapped what extreme flooding could look like in Shanghai by 2100 in the absence of preventive measures.

Shanghai, the second most populous city in the world, sits on the Yangtze River estuary on low-lying, soft, sandy soil. If you’ve read any other articles from this series, you know this spells trouble. The 24 million inhabitants along with the concentration of economic and cultural activity make it a priority to implement protective measures.

Because Shanghai isn’t particularly vulnerable to coastal flooding caused by sea level rise at the moment, there is practically no infrastructure geared toward mitigation at the moment. Coastal defences will be necessary, as will access to enough fresh water to accommodate such an agglomeration, in case the sea infiltrates groundwater reserves.

The sheer size of metropolitan Shanghai means that a detailed, very expensive plan will have to be drafted in order to mitigate the effects of sea level rise. The city is not doomed by any means, but officials will be wise not to underestimate the challenge ahead.

Earth.Org has modelled severe coastal flooding in Shanghai by 2100 to emphasise our call for action. 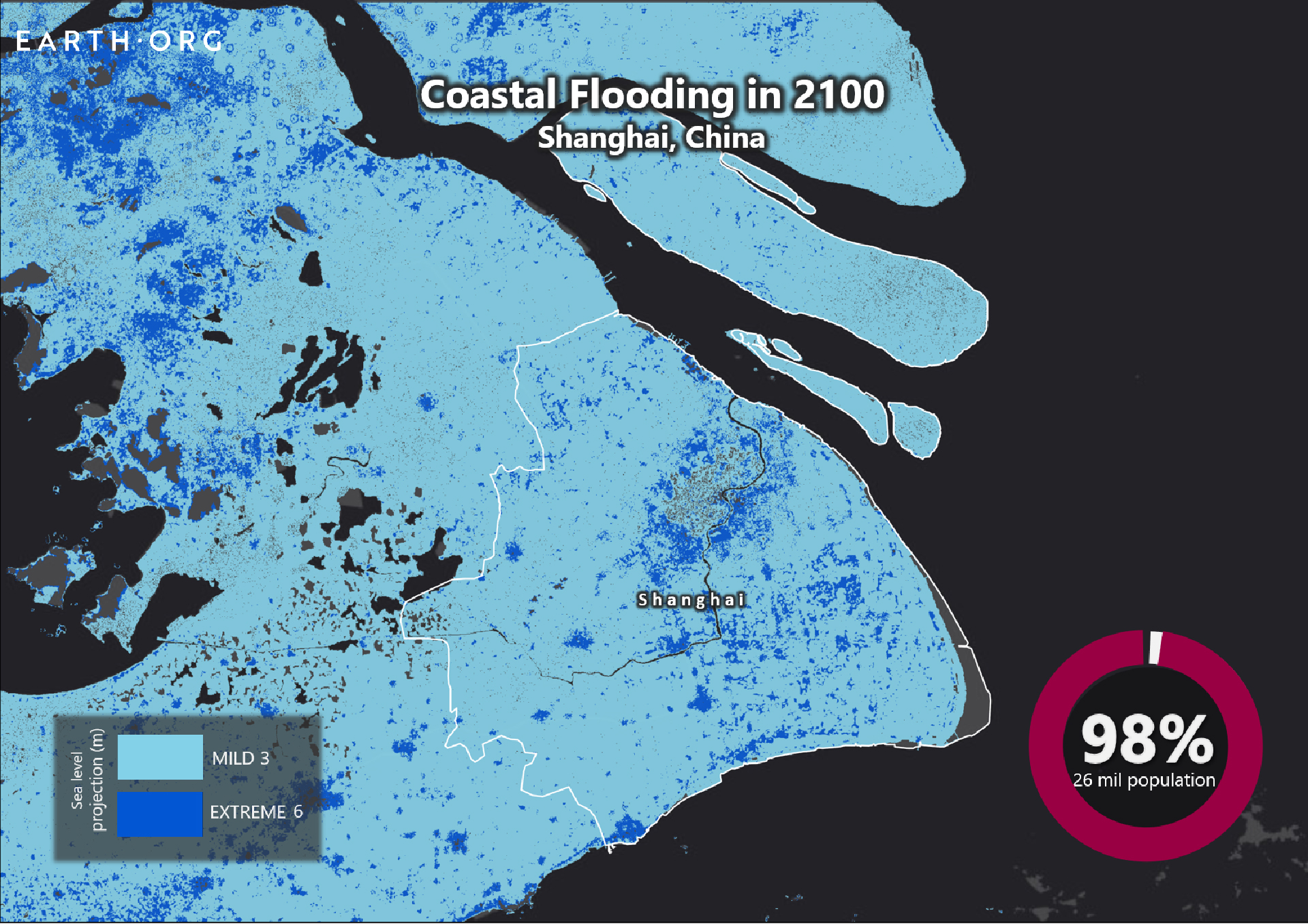