Singapore is one of the many cities that will be vulnerable to extreme flooding as sea levels rise. The city often experiences flash floods after intense rainfall, and the number of floods per year has been on the rise.

Local sea level measurements have shown a rise of 14 cm in Singapore compared to pre-1970 levels. The Prime Minister Lee Hsien Loong has recognized the looming threat this represents and drafted a plan for coastal defence. A Sg$100 billion dollar fund has been dedicated to adapt Singapore’s infrastructure to the rising water levels over the next 100 years.

The previous requirements forced city planners to construct buildings three metres (9.9 feet) above sea level, leaving a 1 metre buffer against the two metre tide shifts. This will be changed to four metres for most buildings, but critical infrastructure like the Changi Airport’s Terminal 5 will be given a five metre buffer. It is difficult for scientists to agree on future models, so it remains to be seen whether the Singaporean precautionary measures will be sufficient.

A recent paper published in Nature estimates that, under high emissions scenarios, global sea levels could rise by an average 1 to 2 meters by 2100. This would certainly increase the occurrence of so-called “100-year floods,” the term used to define a flood that statistically has a 1% chance of occurring in any given year. If one of these surges hit Singapore, this is what it would look like. 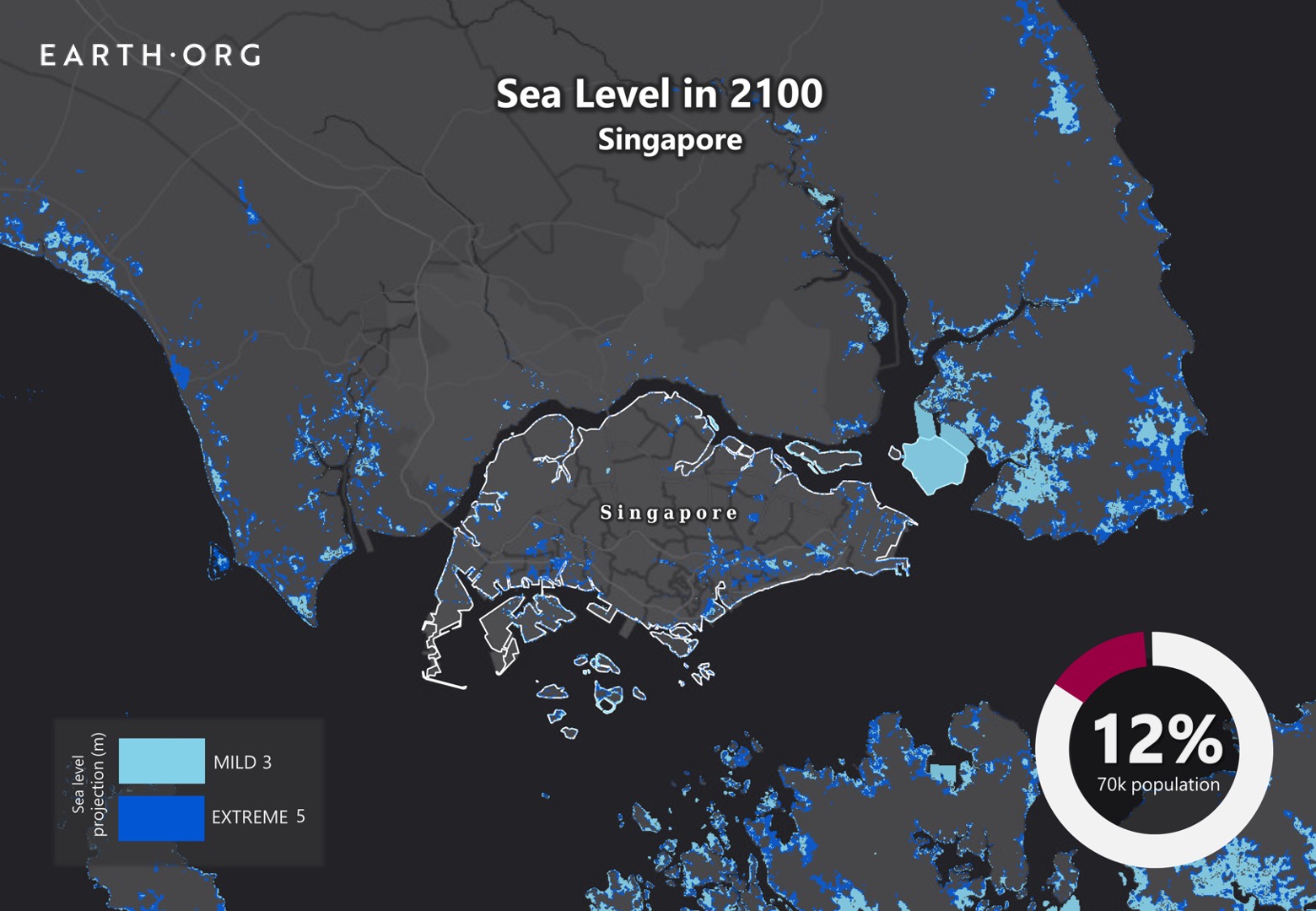