Venice Is Sinking Due to Sea Level Rise: Will it Go Under?

There are few cities who are as vulnerable to flooding as a result of sea level rise as Venice, with the city having experienced record floods in late 2019 that at one point submerged 70% of the city and rose to over six feet in some areas.

Earth.Org has mapped the high-level flood potential the low-lying Italian city and World Heritage Site could suffer by 2100.

“Acqua alta”- “high water” in Italian- is the term used to describe the exceptional tide peaks that occur in Venice between autumn and spring. While the Acqua Alta is periodic, its frequency has increased from under 10 times a year to over 60 in the last century.

Besides the physical flooding that affected the more than 260 000 Venetian residents, the November floods that authorities labelled as ‘apocalyptic’ caused €360 million worth of damage to public property. Priceless cultural heritage sites have also been damaged.

A recent paper published in Nature estimates that, under high emissions scenarios, global sea levels could rise by an average 1 to 2 meters by 2100. This would certainly increase the occurrence of so-called “100-year floods,” the term used to define a flood that statistically has a 1% chance of occurring in any given year. In Venice’s case, this, in addition to the already-damaging Acqua Alta, will wreak unimaginable havoc; Earth.Org has modelled what such a flood would look like. 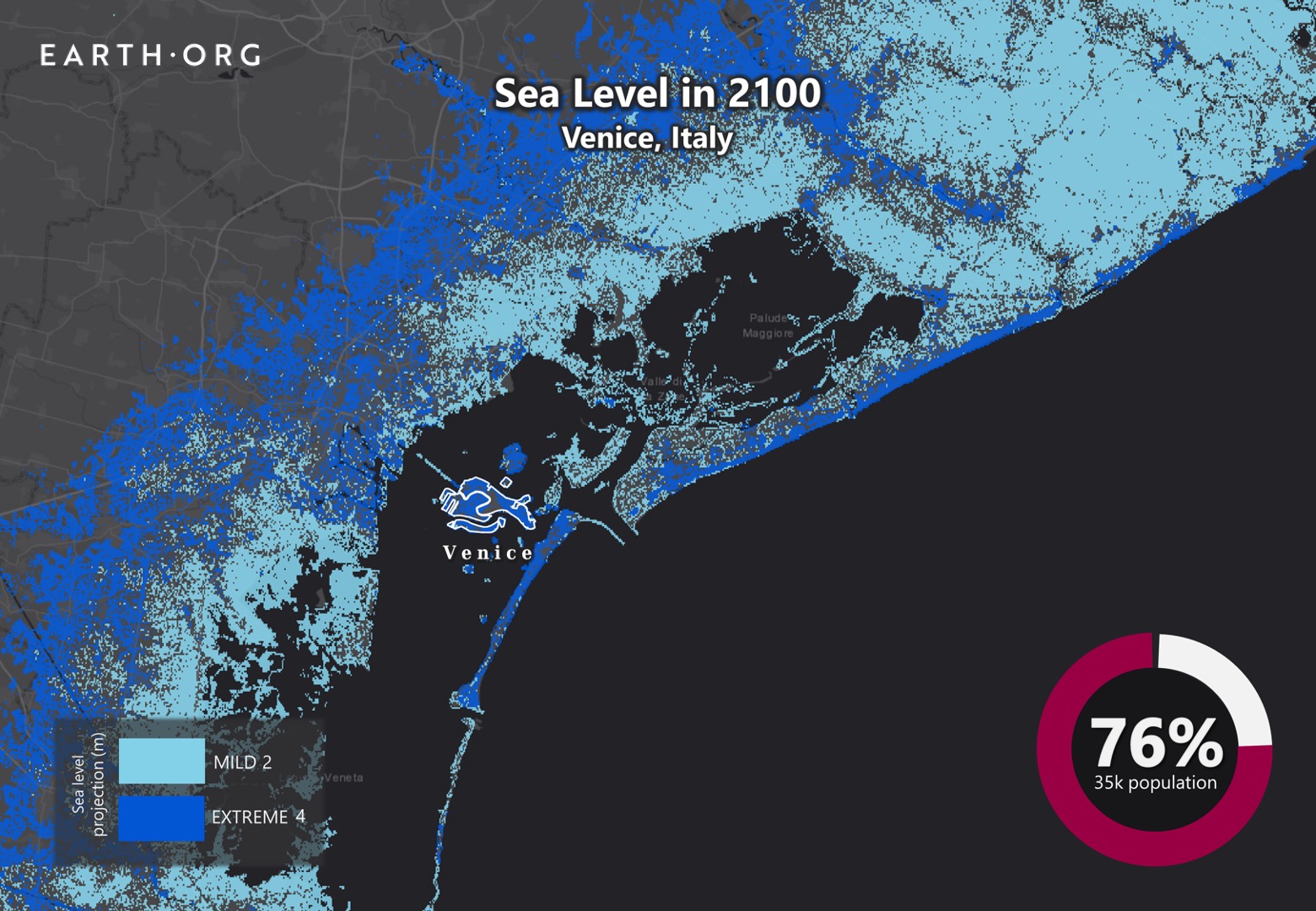 The Italian government has been conducting the MOSE project (Modulo Sperimentale Elettromeccanico, or Experimental Electromechanical Module) since 2003, which places flood barriers around the city to protect it from high waters. However, development slowed down in recent years due to corruption, lack of funding and the sheer complexity of the plan. Following the November floods, Italy has announced that it will resume the unfinished barriers and predicts that it will be completed by the end of 2021.

The climate crisis and its associated impacts- like flooding due to sea level rise, but also droughts and extreme weather events- are becoming more frequent and more intense. Melting ice sheets and the sea level rise that results from this is one such impact that is already affecting millions of people around the world.