In October 2020 South America experienced the second most intense drought in almost 2 decades, according to Matthew Rodell, a hydrologist at the NASA Goddard Space Flight Center. 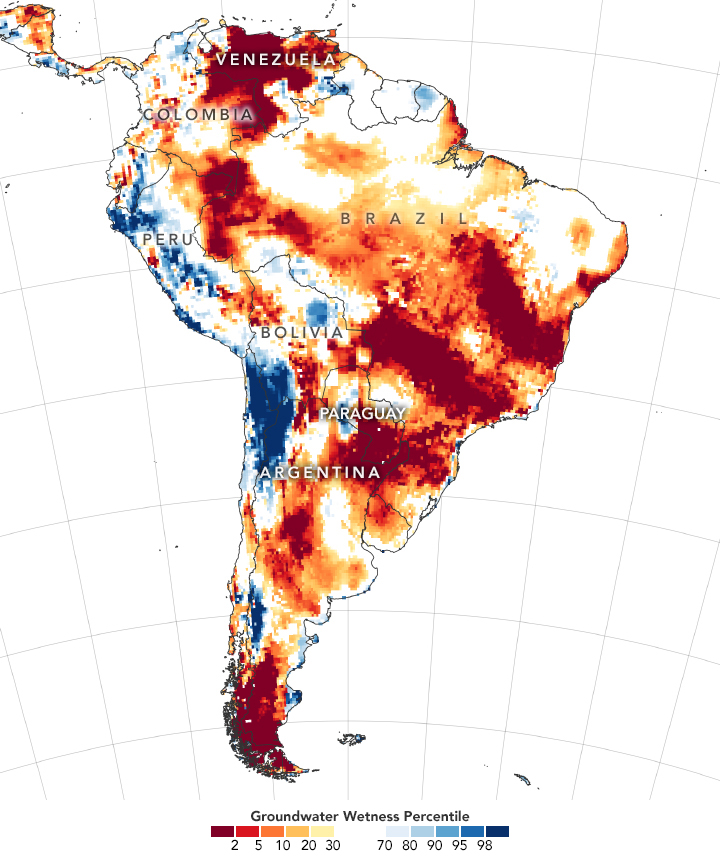 The map is dominated by large patches of dark red, highlighting the extend and severity of the drought across South America. Large portions of Venezuela and Paraguay, as well as some regions of Brazil and Argentina, are particularly affected.

These vast patches of dry ground are the result of long-standing dry weather in South America in recent years, the impact of which are exacerbated by increasingly frequent and intense fires. These fires have been attributed to the large deforestation operations in which developers set fires to clear the land to make way for pastures or farmlands after recovering the valuable timber (Escobar 2019). 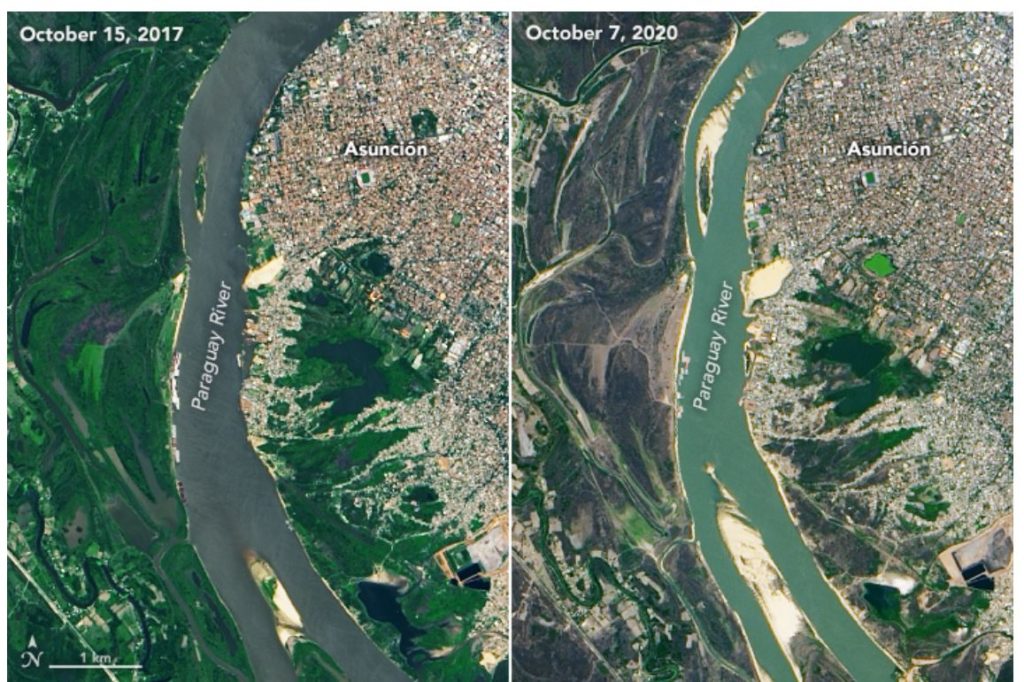 This drought has both local and global implications.

But what is perhaps more pressing is the lowering water levels of the Paraguay River. The AP reports that, following months of droughts, waters in The Paraguay River in mid October reached their lowest levels in half a century.

The river connects the landlocked country to the rest of the world and serves as their main import and export route, with some 85% of the nation’s trade flowing through it. Presently, large barges have had to reduce their cargo load to pass through the shallow waters, and the drought has tallied up trade losses of  US $250 million. If the situation worsens, the country could be cut off from a vital transport network. Without stable access to its trade partners, the nation is struggling to import vital supplies, including food, fertilizer, fuel and drinking water.

The dry season peaked in mid octobers, and since then groundwater levels across South America are rising, according to more recent data collected by NASA’s GRACE satellite imaging. Still, this drought has destroyed and delayed crop yields and hampered key transportation avenues for entire nations, placing local people and ecosystems at great risk.

This is not a localised issue, either. Droughts are becoming a growing trend across the globe, from California to Australia , and increasingly in Central Europe too, rising is becoming part of our new normal. So while this drought subsides as the region exits the peak of the summer dry season, it is only a matter of time before the next drought strikes.