Soaking Up Our Waste: Water Contamination

Water contamination is a huge concern as many pollutants end up in lakes, rivers, streams and eventually the ocean. Population growth and climate change contribute greatly to the world’s water usage, posing a threat to the availability of clean drinking water in the future.

Even though water makes up at least 70% of Earth’s surface, freshwater only makes up 2.5% of all water on the planet, 1% of which is accessible. Population growth combined with agricultural development has exponentially increased our water consumption over the past two centuries. Demand is expected to increase while water supplies dwindle.

How exactly are we losing our freshwater supply? Climate change, for one, is increasing droughts and floods, which usually make water muddy and unsanitary. More importantly though, pollution of surface and groundwater supplies is on the rise. There are 8 billion people, 1.5 billion of which do not have access to sewage treatment, meaning fecal deposits can contaminate their water supply and spread disease. According to Joan Rose, a leading microbiologist: “most (human) waste is going into water. The water quality of lakes, rivers and coastal shorelines around the world is degrading at an alarming rate. There has been a great acceleration since the 1950s of human and animal populations, water withdrawals, pesticide and fertiliser use. But at the same time there has been a deceleration, or shrinkage, in wetlands.” 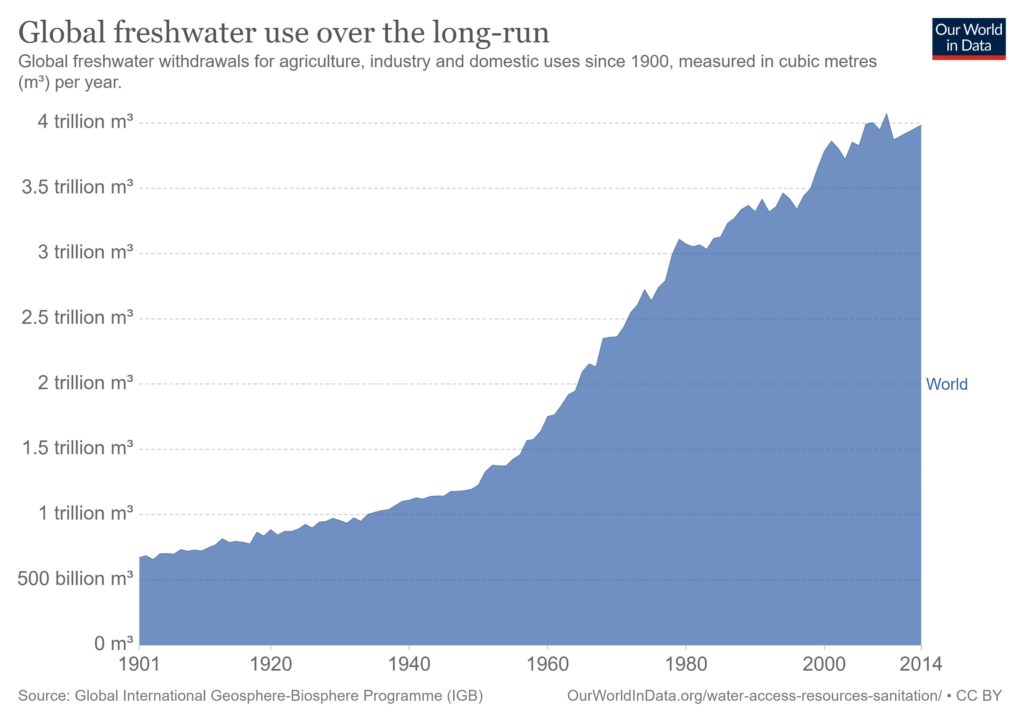 Other sources of water contamination include discharges from factories (legal or otherwise), spills and leakage from pipes, littering by humans, sediment, pesticide and fertilizer runoff, and dispersion by natural factors. Heavy rain and floods are the main causes of waterborne disease spread, and they help harmful compounds in the environment reach water bodies.

Such compounds eventually reach our oceans. Toxic chemicals then get soaked up by microplastic particles, which are then swallowed by sea life. The trophic chain leads to the bioaccumulation of toxins in larger fish, which eventually make their way back to us.

Next, excess amounts of nutrients from runoff like nitrogen and phosphorus can lead to algae blooms, which create dead zones, oxygen and light-deprived regions where only microorganisms can survive. Algae blooms that occur in inland water bodies can also affect human health, causing rashes and possibly certain types of cancer.

There are many other knock-on effects of polluted water, as described in this infographic by the OECD. 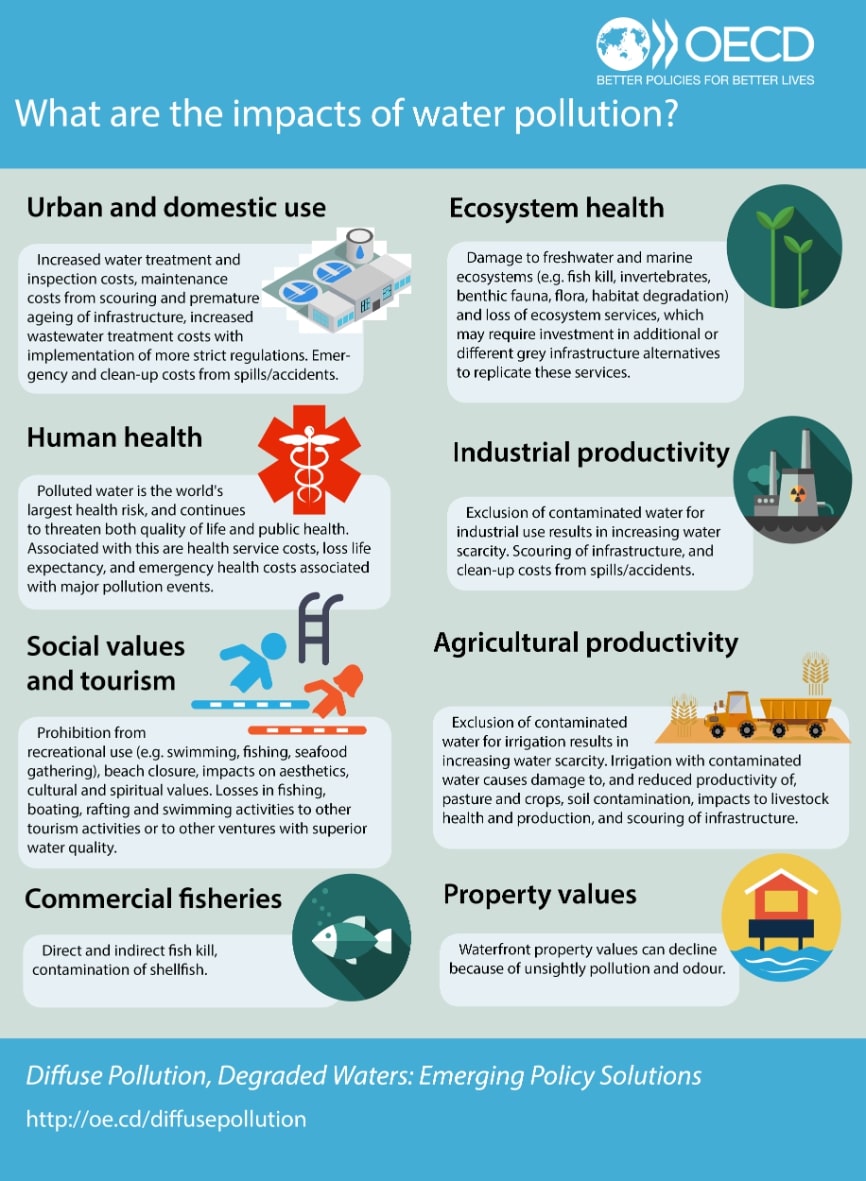 So, how can you save water?