The Advantages of a Vegetarian Diet

It has become common knowledge that agricultural practices drive deforestation, consume massive amounts of water, and emit huge amounts of CO2. Environmentally-friendly diets have risen in popularity, but what exactly are the advantages of going vegetarian? 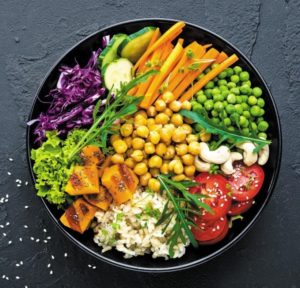 As we all know, meat production is the strongest greenhouse gas (GHG) emitting sector of agriculture. In 2006, the United Nations reported that the amount of GHG emitted from raising animals for meat consumption is greater than emission from all types of transportation added together. Switching to a vegetarian diet can significantly reduce such emissions, especially when choosing seasonal vegetables. When GHGs, like carbon dioxide and methane, are released into the atmosphere, they prevent the sun’s heat from bouncing back out into space, thus increasing the global temperature. Studies show that food production contributes at least one-fourth of global carbon dioxide emission, of which 30% comes from livestock and fisheries.

As the world’s population continues to grow, so does the demand for food and water. Although water covers about 70% of the Earth’s surface, only 2.5% of it is fresh, and 1% accessible. By eating less meat, we can help conserve the estimated 20,000 liters of water it takes to produce 1 kg of beef, whereas 1 kg of wheat takes “only” 4000. 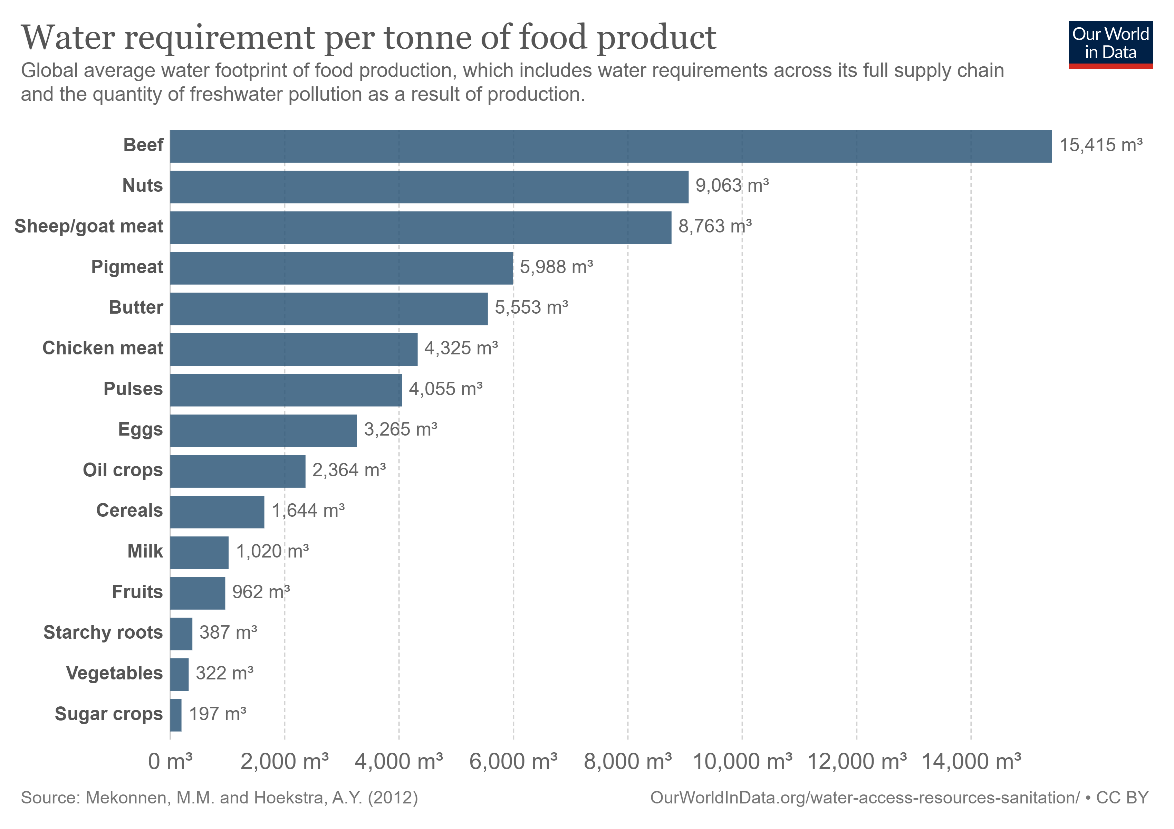 Image source: Our World in Data (Water Use and Stress by Hannah Ritchie and Max Roser)

In the past 50 years, global meat production has almost quadrupled, standing at over 320 million tonnes per year today. 60% of the world’s agricultural area is dedicated to cattle ranching, although it only makes up 24% of global meat consumption. The longer growth of animal species make them very resource-intensive; switching to plants would allow for more efficient use of the same land.

We understand that quitting meat cold-turkey (no pun intended) can be difficult. Gradual dietary changes, following campaigns like Meatless Mondays, or switching to increasingly affordable and tasty meat alternatives can help.

People who are following a vegetarian can still obtain the same amount of nutrients as if they were also consuming meat, it all depends on the food they choose to eat. Just reducing meat in your diet can make a big difference, and it is our responsibility to conserve the planet for future generations. We call upon our readers to rethink their diets if they haven’t done so already.