The Benefits of a No-Take Zone in Indonesia

After witnessing the degradation of the marine ecosystem in Misool, Indonesia, diver Andrew Miners decided to protect it by leasing the territory and turning part of it into a no-take zone. After years of hard work and dedication, Misool has become a prestigious resorts for divers, tourists and researchers, offering an isolated, pristine environment for people to explore and wonder at.

The fascinating story of Misool Foundation began in 2005. When co-founder Andrew Miners vowed to preserve the natural habitat of Raja Ampat Islands during a dive in Indonesia. Before that, the Islands severely suffered from shark finning and illegal fishing, which can reap up to 40,000 tonnes above reported catch weight per year. Moreover, the area’s coral reef was experiencing extensive bleaching. 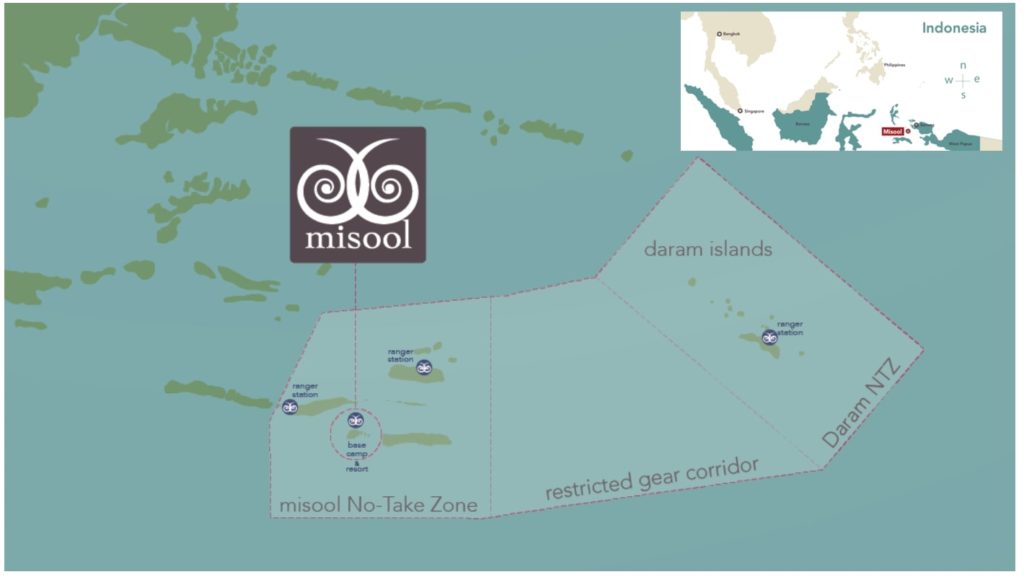 The Misool Marine Reserve contains over 1200 km2, with two separate no-fishing zones, connected by a restricted gear corridor which allows traditional use of marine resources, such as fishing. The extraction of marine resources is strictly prohibited. This includes all forms of fishing, collection of turtle eggs, reef bombing and sharking finning. Visitors can still enjoy nature’s masterpiece by scuba diving.

The reserve has had tremendous success in allowing local species to rebound. Only six years after implementation, average biomass increased by 250%, with spikes of up to 600% in some areas.

The survival rate of coral reefs has now improved to over 90%.

In 2016, research compared population levels between no-take and unrestricted areas. The abundance of all shark species in the NTZs far exceeded that of open areas. Coral reef fish species are less obvious, but the combined abundance in the closed areas is always higher than the other. 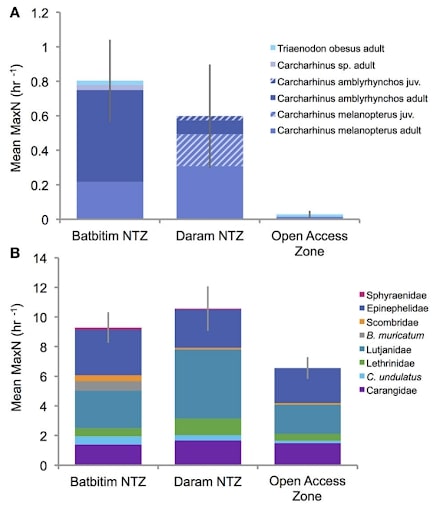 What about the locals?

You may wonder how the indigenous inhabitants of the area fared after the NTZs were implemented. According to the foundation’s latest annual report, the reserve and NTZs have created more, diverse, and sustainable job opportunities for the local communities, from frontline positions to management level. Among these, tourism related jobs benefit the economy the most accounting for 6.2% of its GDP.

The map below shows the relative economic value directly provided by the coral reef (for example, from diving and snorkelling) in 2017. Compared to nearby reef rich areas without the enforcement of NTZs, the Misool reserve (inset box) possesses the highest economic value. 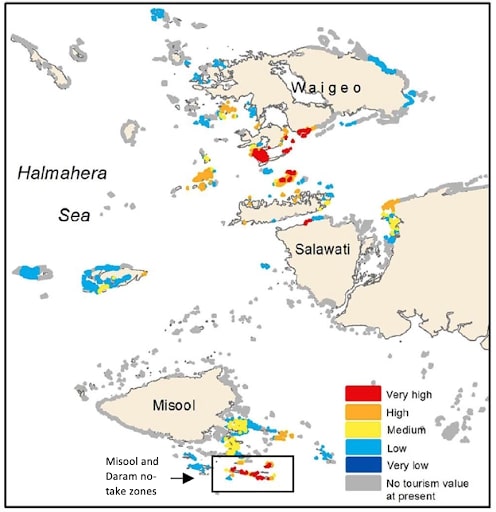 Misool resort and foundation brings motivation for people who are concerned about nature. Its no-take zone has reinvigorated the areas ecosystems, local communities, and interest for NGOs, researchers and tourists. The depth of public engagement, education and advocacy is the theory behind this successful story.

This article was written by Eric Leung.