The Coal to Natural Gas Transition is Saving Lives

Natural gas recently surpassed coal as the prime energy source in the United States. Not only does this mean a big reduction in greenhouse gas emissions, but also much less fine particulate matter pollution. Jennifer Burney, professor at San Diego University, quantified the health benefits of the ongoing coal phase-out, and they are impressive.

The United States has largely relied on the combustion of natural gas for the production of electricity over the past 10 years. According to the information from the United States Energy Information Administration (EIA), about 121 U.S. coal-fired power plants were reprocessed to burn other forms of fuel between 2011 and 2019, 103 of which switched to natural gas. The US shed 49.2 of its 316.8 gigawatts (GW) of coal-fired power between 2010 and 2019, greatly due to power plant fuel type conversion to natural gas. The drivers? Tighter emission requirements, low prices and technological progress. This transition has been a welcome development for a number of reasons. 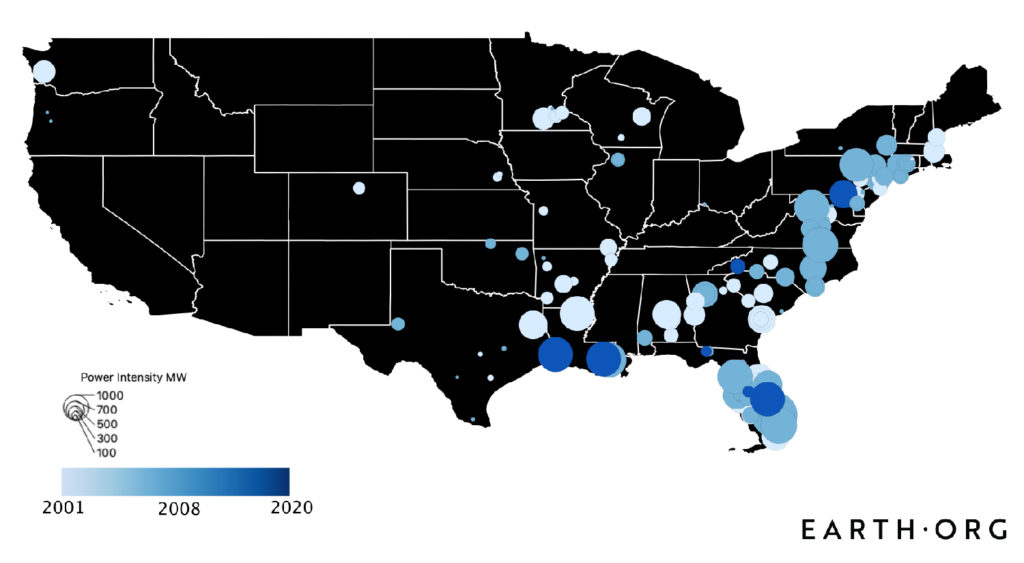 Fig 1: Natural gas-fired power plant installations in the US between 2001 and 2020. Map by Eric Leung.

A recent study published in Nature Sustainability reports that the closure of coal-fired power plants in the continental United States has lowered local pollution, saving human lives and improving crop yields. The author, Jennifer Burney, Associate Professor of Environmental Sciences at the University of California, San Diego, USA, integrated data from the Environmental Protection Agency (EPA) on electricity generation with NASA satellite and surface observations to measure the changes in local pollution (particulate matter) before  and after coal plant removal or conversion.

Burney discovered that between 2005 and 2016, an estimated 26,610 lives had been saved by the transition from coal to natural gas. 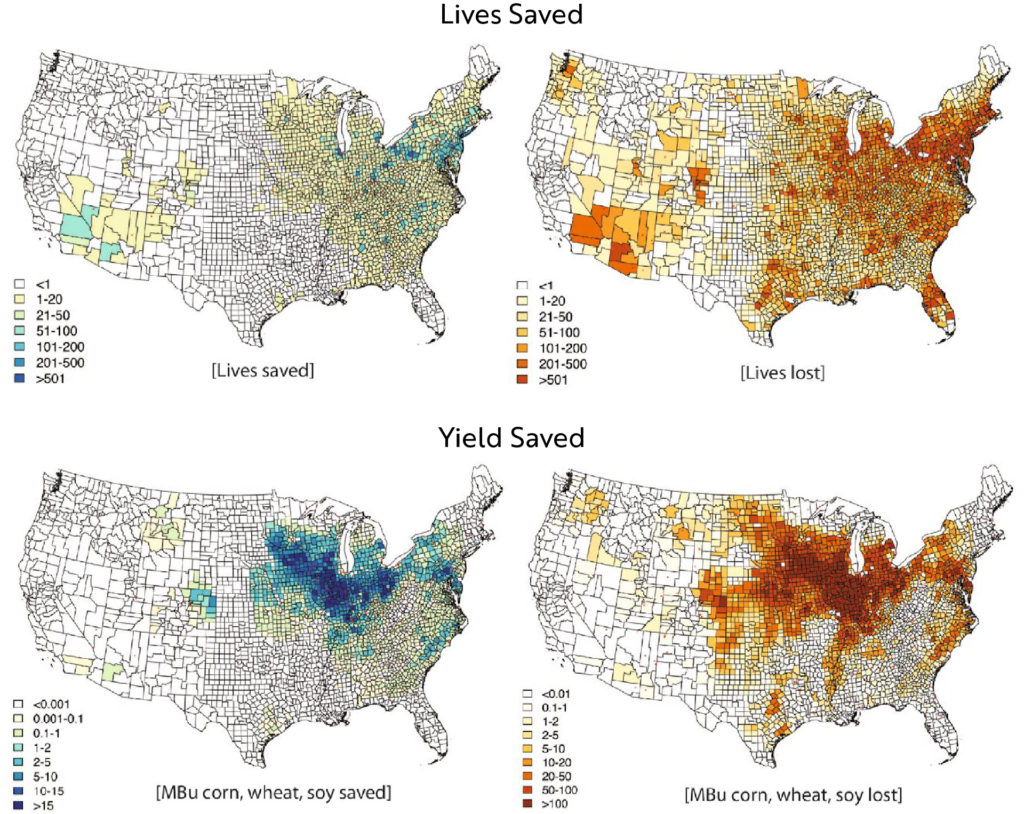 Fig. 4. Impacts of coal-fire fleet on mortality and agricultural yield between 2005-2016 within a 200km radius from each county. On the left, lives/yields saved saved; on the right, lives/yields lost due to the effect of the remaining coal-fired plants. Source: Burney (2020).

“We notice a lot about the cumulative greenhouse gas and economic effects of the U.S. switchover from coal to natural gas, but the narrower decisions that constitute this wider trend have very real local implications. The study offers a mechanism for communities to determine more systematically and reliably the costs and benefits of local energy investment”. Burney said.

Burney concluded that “Policy makers frequently view greenhouse gas emissions as a separate matter from air pollution, but still the same processes that cause climate change often create some air pollutants that cause considerable damage to human health and environment. This research offers a more robust explanation for the full spectrum of pollution related to the generation of electricity. If we better understand the actual costs of commodities like coal and who bears those costs, it might potentially contribute to more efficient reduction and creation of new collaborations of beneficiaries across all the segments.”

This article was written by Hamza Badamasi.

Saha, D. (2019). Natural Gas Beat Coal in the US. Will Renewables and Storage Soon Beat Natural Gas? Accessed on 28th Nov. 2020 from https://www.wri.org/blog/2019/07/natural-gas-beat-coal-us-will-renewables-and-storage-soon-beat-natural-gas