The Current State of our Climate

Daily weather maps created by the Climate Reanalyzer platform show yesterday’s temperatures relative to a 1979-2000 baseline around the globe. No, today isn’t wildly different from yesterday, nor will it be from tomorrow; this is just the current state of our climate. 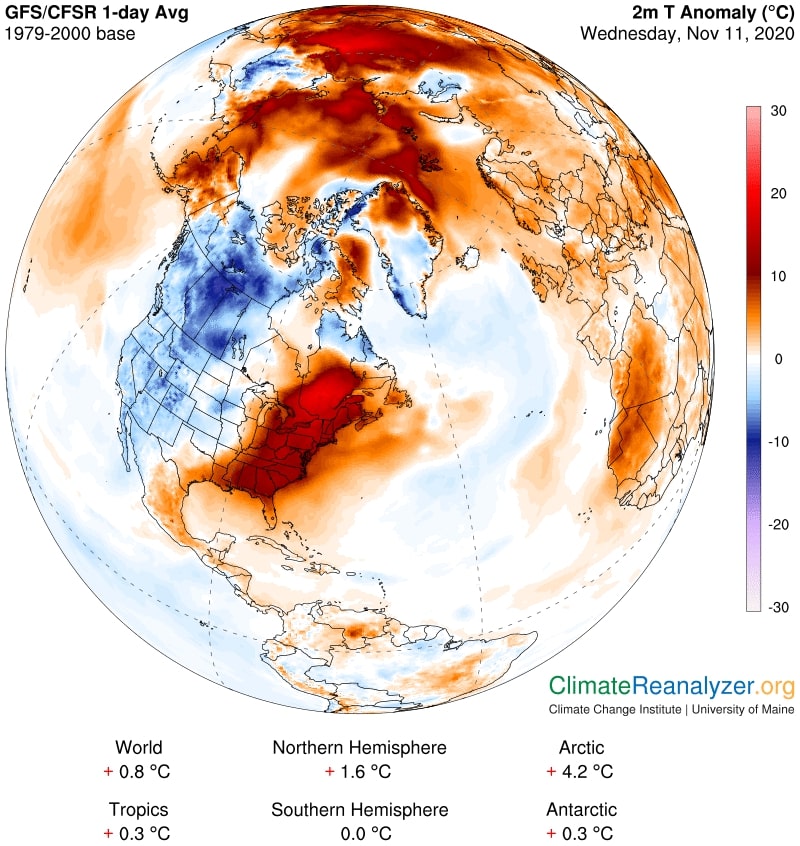 The situation: Aside from a big chunk of North America, the Northern Hemisphere is experiencing far higher temperatures than usual at this time of year.

You don’t have to be a climate scientist to suspect this will fundamentally change the environmental balance our north pole has enjoyed over the last 12,000 years.

The takeaway: Relatively small changes in global averages result in huge swings in extremes. The Arctic could be called the focal point of climate change right now, both because it is being hit hardest, and because the consequences will literally trickle down to affect the rest of the planet.