The Demise of the Clean Power Plan

The Clean Power Plan was an unprecedented plan proposed by President Obama to reduce carbon emissions from power plants in the United States. Since then, Donald Trump introduced an Affordable Clean Energy rule to do away with the Clean Power Plan.

What is the Clean Power Plan?

In 2015, with the aim of strengthening lower-polluting energy in the United States, the Clean Power Plan introduced first-ever national standards that address carbon emissions from power plants and advanced clean energy innovation and development. By 2030, Obama predicted the U.S. power sector emissions would be 32% below 2005 levels.

The coal-fired generating capacity peaked at 318 gigawatts in 2011. However, the trend has been declining since many coal plants retired or switched to alternative fuels, resulting in a 28% drop by 2019 (down to 229 gigawatts).

In August 2018, under the Trump Administration, the Environmental Protection Agency proposed the  Affordable Clean Energy (ACE) rule that formed the new emission guidelines. The ACE rule aims to lower power sector emissions by 11 million tons by 2030, or between 0.7% and 1.5%.

The new policy is considered as much weaker than the Clean Power Plan. After Trump’s election, he has weakened various environmental policies, including withdrawing from the Paris Agreement and relaxing rules limiting toxic wastes from coal plants. Critics suggested that the introduction of the ACE rule is aligned with Trump’s promises to revive “clean, beautiful coal” during his campaign trail.

Research was conducted to compare the CO2 emission levels under the ACE rule versus when no regulatory policy is in place. Results reveal that over 18 states would experience an increase in emissions by 2030 under the ACE, because it imposes an emission reduction per plant, but allows new ones to be built. 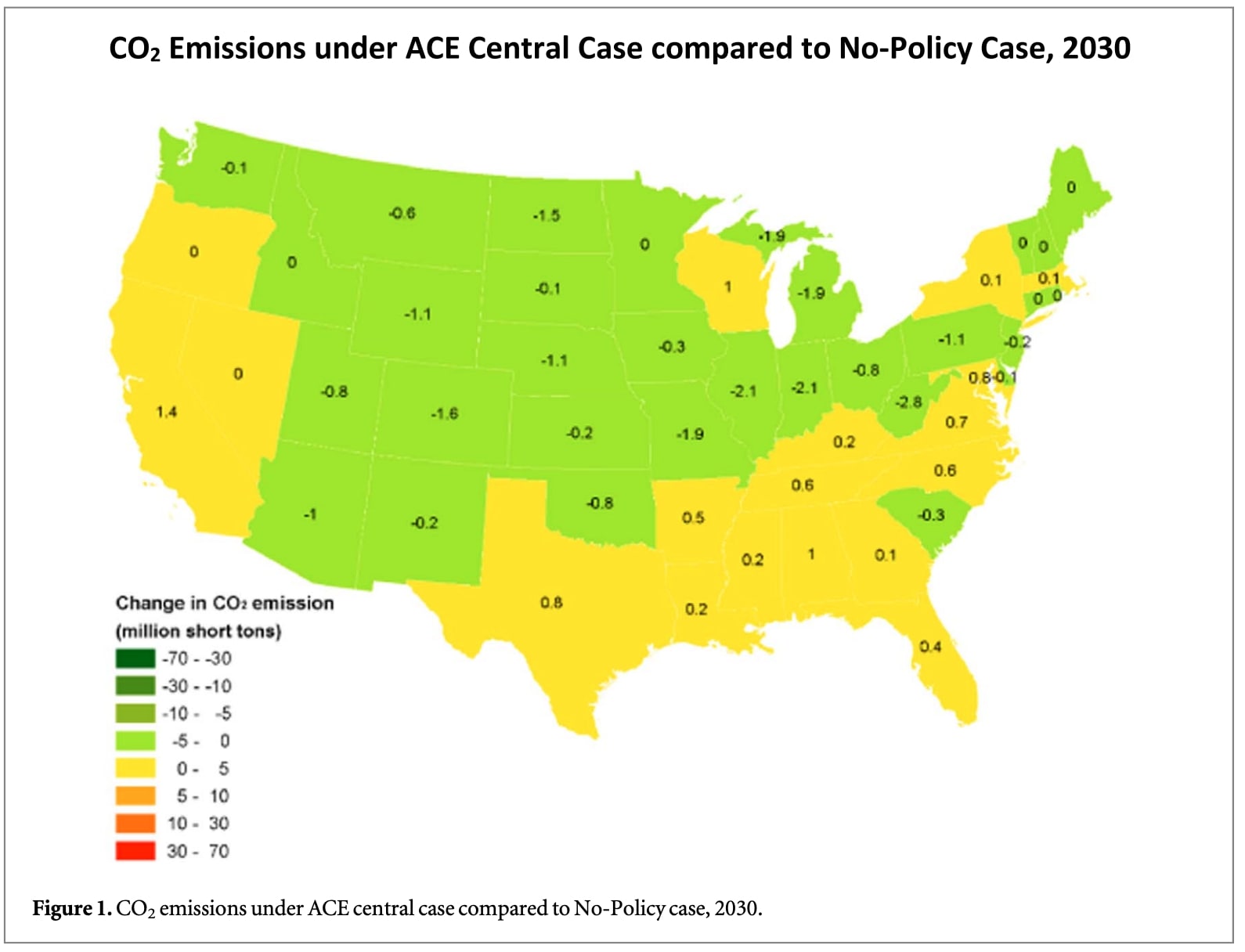 Photo by Karsten Würth on Unsplash