The Living Planet Report 2020: The State of Affairs

A shocking 68% fall in wildlife populations between 1970 and 2016 has been shown in the Living Planet Report 2020 in September. What does this figure mean for us and our planet?

For the past two decades, the Living Planet Report (LPR) has combined scientific evidence from multiple indicators including the Living Planet Index (LPI) to assess the state of our planet’s health. Every two years, this publication highlights the damage that unsustainable human activity is causing to the biosphere.

The 2020 edition of the LPR delivered some concerning figures:

* The Earth’s biocapacity is its ability to regenerate its resources as well as absorb the waste we produce. In these terms, we are currently living off 1.56 earths.

To put these figures into context, take a look at the graph below. Red indicates low biodiversity; green is where high biodiversity is found and moderate is represented by nude and pale yellow. Around 39 countries, India, Australia and Kazakhstan to name a few, have ecosystems in a fragile state on more than a third of their land. 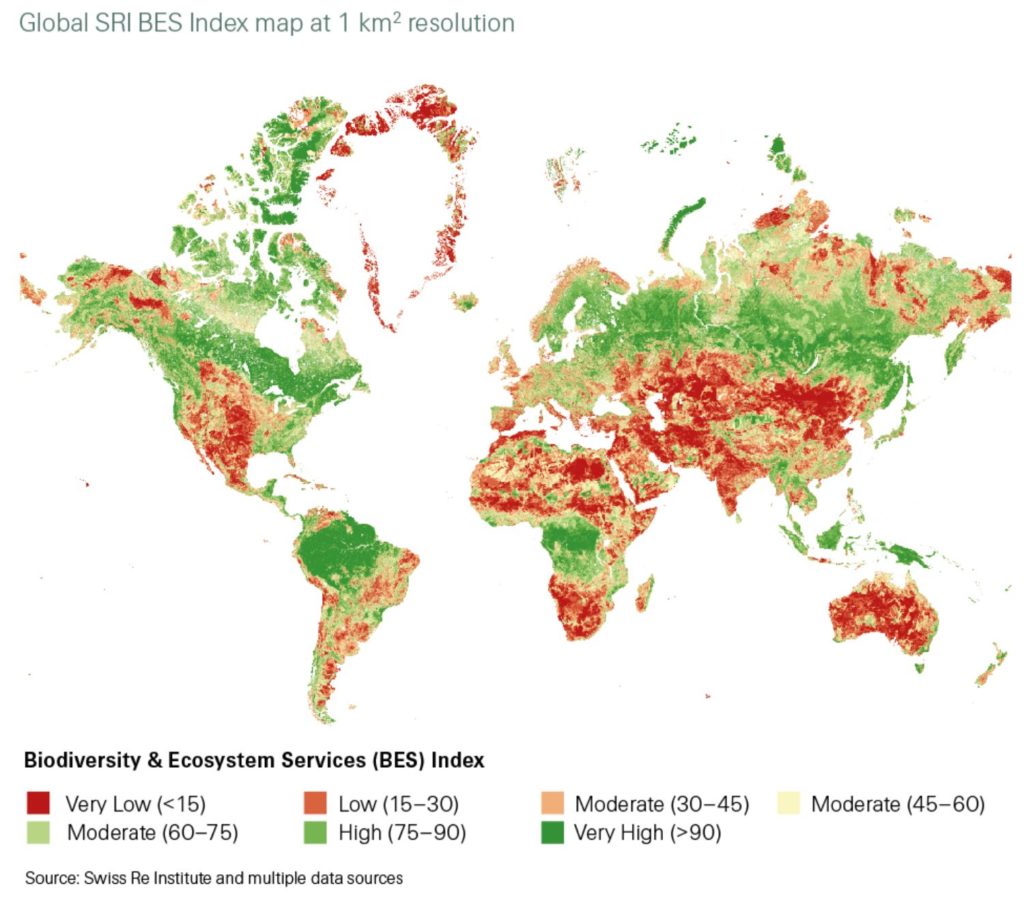 The health of the Earth’s ecosystems is crucial for providing water, food, and medicine for humans. However, intensifying weather conditions and increased human encroachment is battering natural habitats. As an indicator, over 170,000 km2 of forest and woodland are converted into farmland each year.

And yet we depend on the resources we are destroying.

There is reason to believe that we are undergoing the world’s 6th mass extinction event, and that our window to change this course is narrowing. The next decade could define centuries to come, and every little effort helps. Please stay informed and help us educate as many as possible on these issues, knowledge is the first step.

This article was written by Wing Ki leung.