The Shift to Clean Energy in the US

Energy alternatives are an increasingly popular approach to reducing our environmental footprint. “Dirty” energy sources like coal, oil and natural gas are still prominent today, but could they be edged out by cleaner solutions?

Earth.Org delves into clean energy provision and governance in the US.

Thanks to the government’s efforts in replacing fossil fuels, since April 2019, renewable energy supplied more power to America’s grid than coal. According to the BloombergNEF forecasts, solar and wind will power half the globe by 2050, while coal and nuclear can be fully substituted by cheaper renewables and natural gas.

Research from Brookings Institution also found that replacing all high-carbon coal plants with any of the five low-carbon alternatives, including wind, solar, hydro, nuclear and natural gas, can reduce U.S. CO2 emissions in the electricity sector by 50% to 70%. 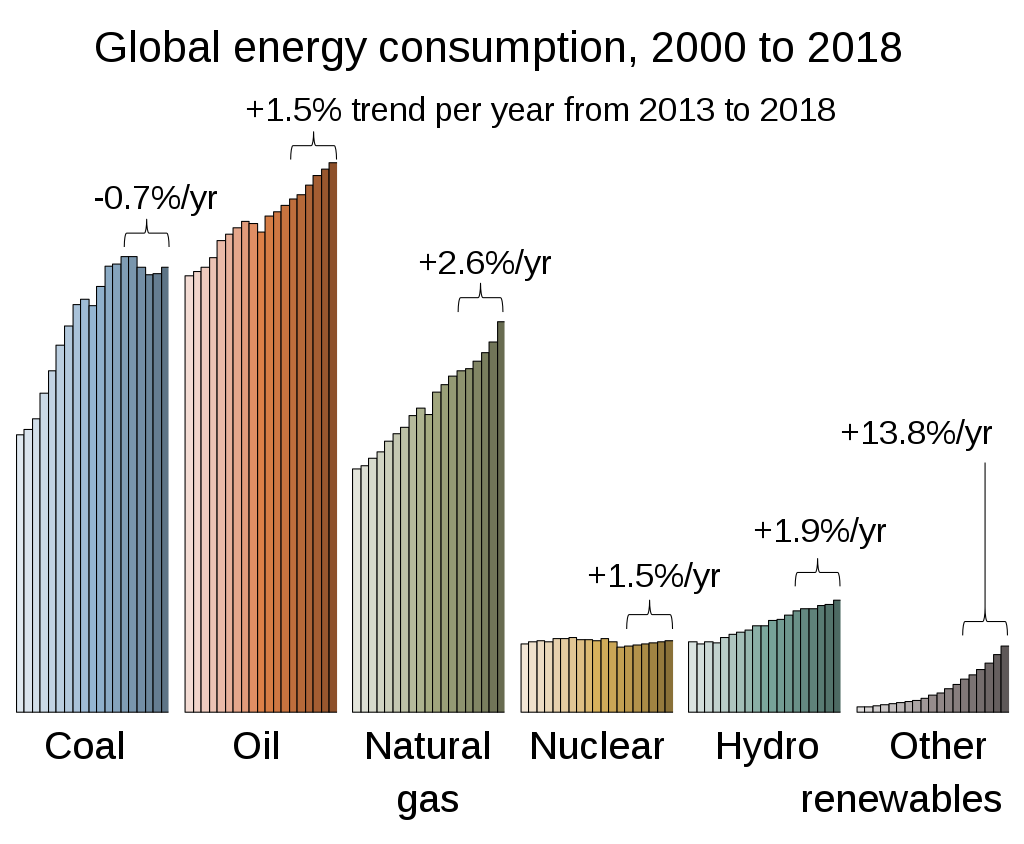 It is noteworthy that coal, oil, and natural gas remain the primary global energy sources even as renewables have begun rapidly increasing. Apart from the geographic limitations for wind, solar and hydropower, energy storage and electrical grid access are key concerns.

In affluent countries like the U.S., the growing market of sustainable energy plays a vital role in the fight against global warming. Based on Deloitte’s analysis, the steady decline of prices for battery storage, which fell 30% in the first half of 2019, has begun to add value to renewables. This makes wind and solar increasingly competitive despite their intermittent nature (dependent on time of day and weather conditions). Renewables are proliferating not because of a climate-awareness but because technology has made them more profitable.

The map below shows how the U.S. takes advantage of its geography to develop green energy alternatives. 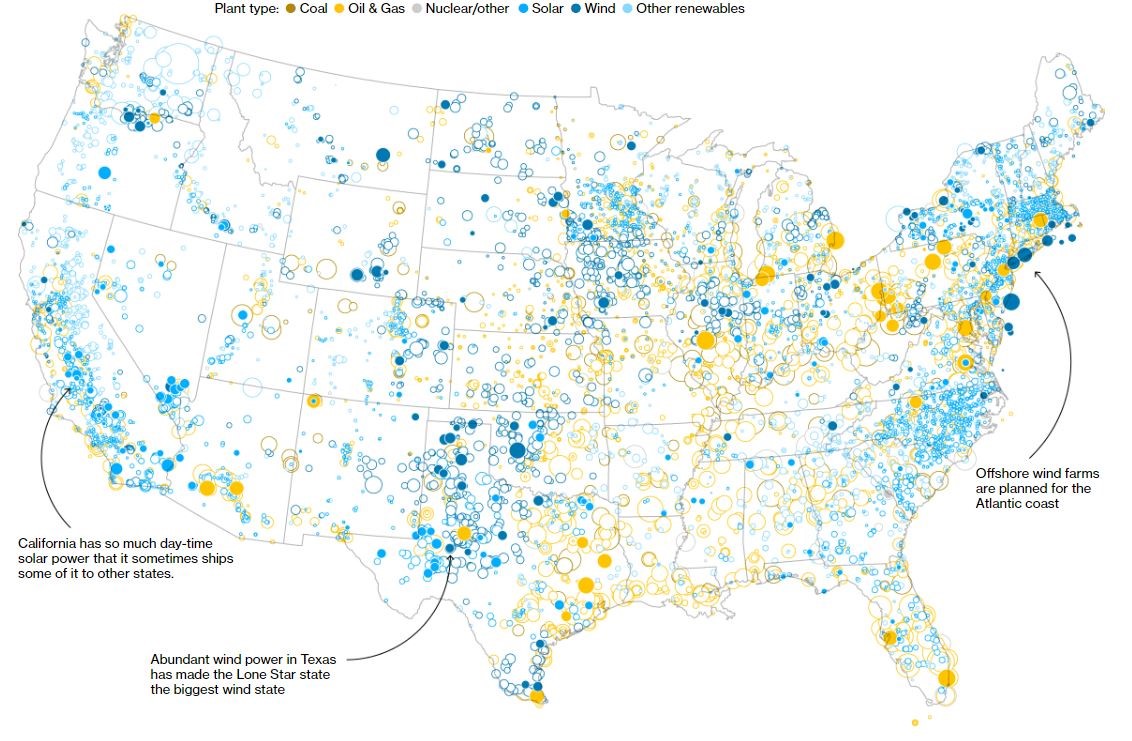 While natural gas still accounts for 40% of energy shares, renewables’ share is quickly climbing (25% this year) and driving an overall decrease in electricity CO2 shares. 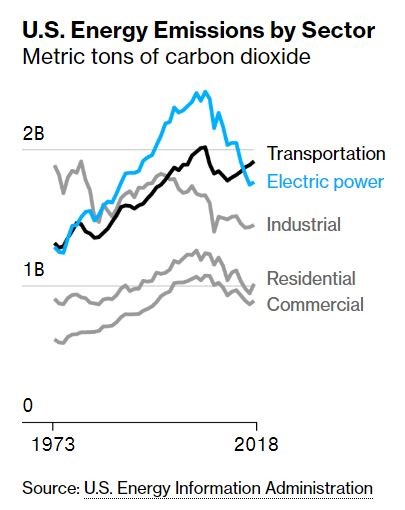 A low-fossil-fuel economy (LFFE) or decarbonised economy is an economy based on low-carbon power sources that minimize long-term carbon footprint and mitigate climate change. Not only does it benefit the ecosystem resilience, but it also creates hundreds of thousands of jobs. Renewables top the chart in the figure ranking job opportunities by energy sector below. 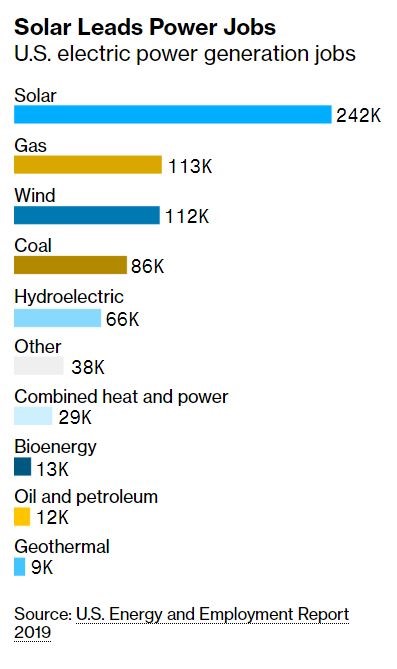 According to a report by the UN Environment and the Frankfurt School, global investments in renewable energy hit almost US $273 billion in 2018, which was three times higher than that for coal-powered generation in the same year.

Besides cheaper and more potent tech, tax cuts help enormously. In the US, tax credits have been granted along with grants for sustainable energy development. This provides a more certain outlook for this sector, thus encouraging further investment. The combination of policy, technology, and capital can radically shift the landscape of our massively polluting energy industry.

This article was written by Monique Wong.