Tipping Points in the Earth System

The Intergovernmental Panel on Climate Change (IPCC) introduced the idea of tipping points twenty years ago. It was initially thought that these could only be reached if we exceeded a 5 °C rise over pre-industrial levels. New information suggests that some tipping thresholds could be crossed with as little as 1 to 2 °C of warming.

It has long been thought that tipping points in the Earth system are of low probability, or not within the near future. There is growing evidence that these events are likelier than expected and could commit the planet to irreversible changes. Self-reinforcing feedbacks, if left unchecked, would prevent stabilization of the climate and lock in a runaway heating, or “Hothouse Earth” scenario. This entails a complete absence of glaciers and sea level over 100 meters higher than today, which would lead to ecosystem and societal collapse. 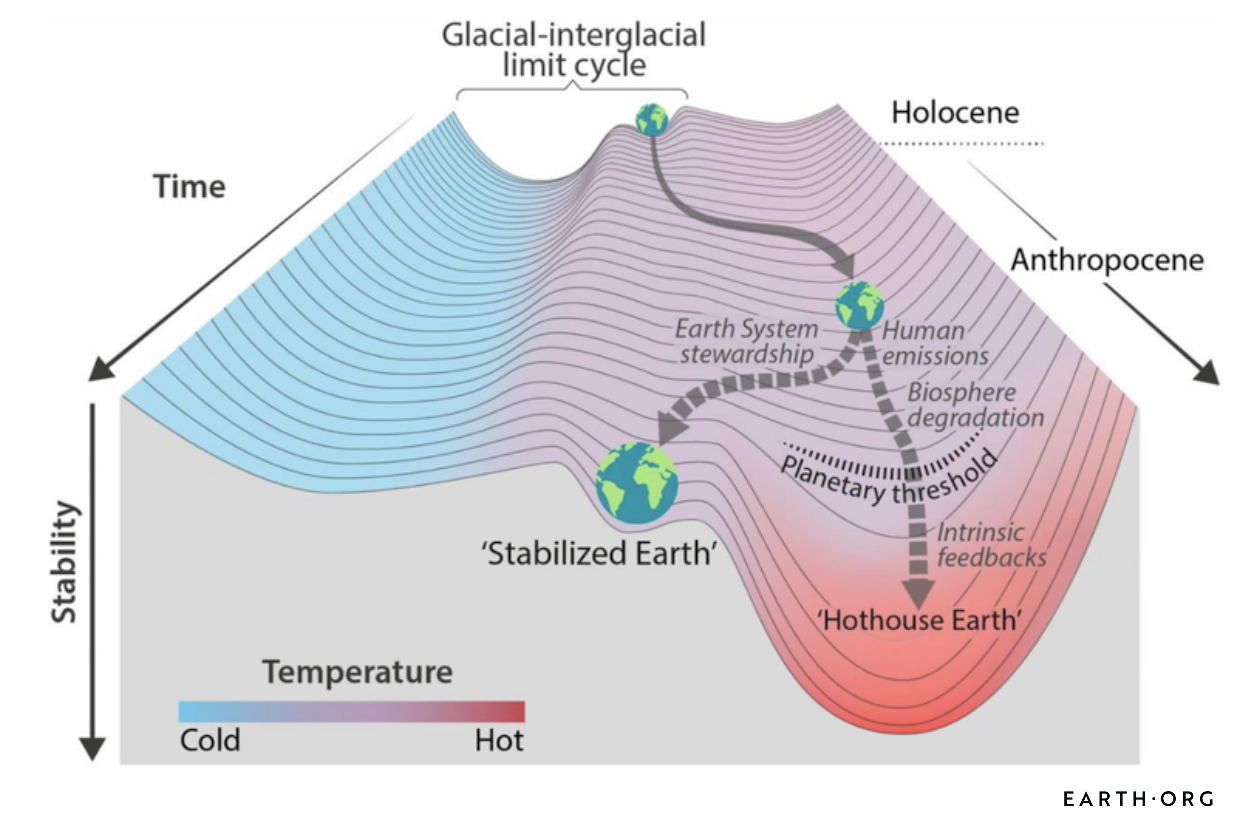 Earth has not experienced such conditions since the Cretaceous period around 100 million years ago.

In their Third Assessment Report, the IPCC took a detailed approach and illustrated the main reasons for concern, which describe the consequences of climate change for ecosystems, people and society. 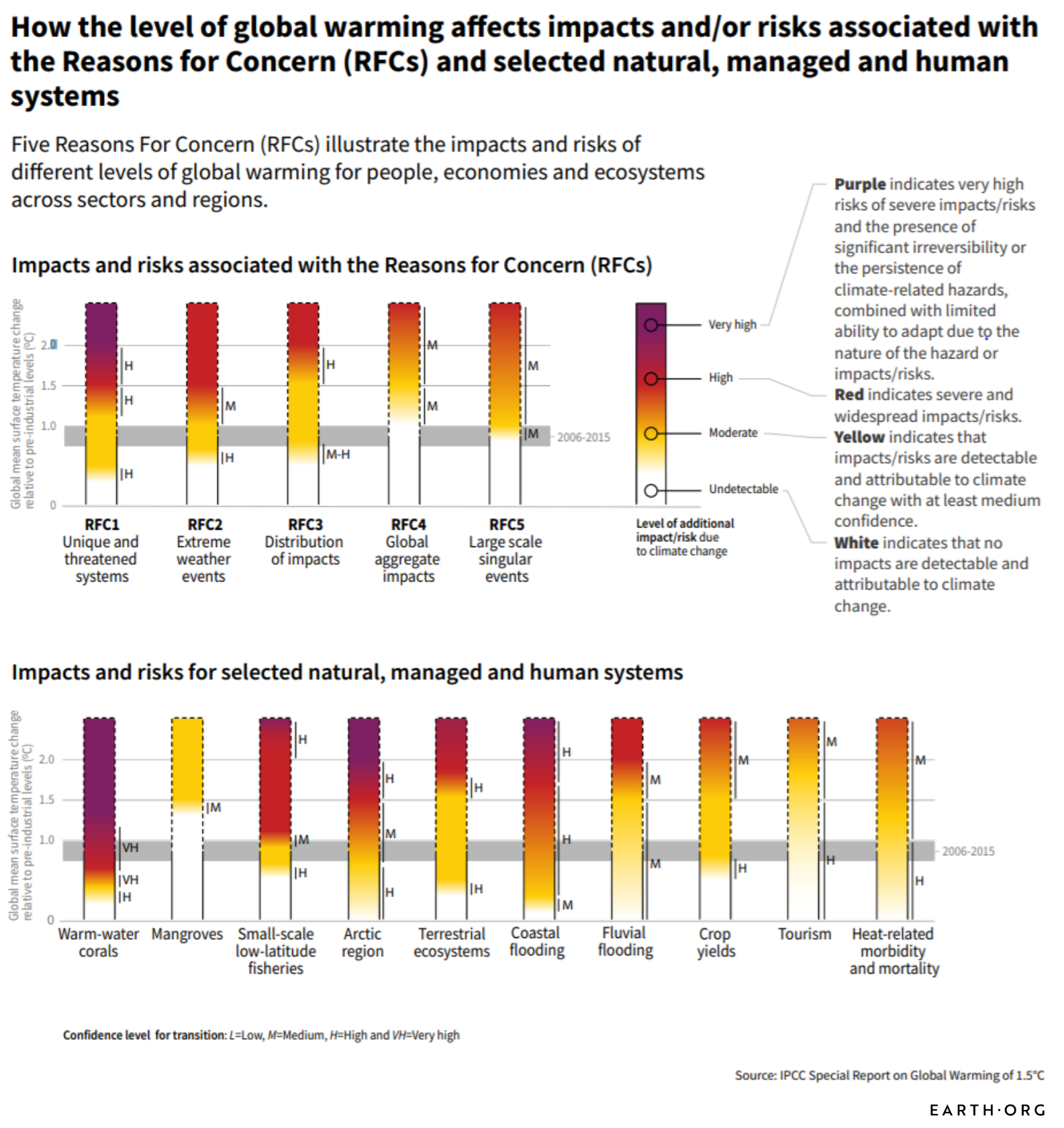 Whether a global picture or a detailed breakdown will work best, it is clear that we are heading toward irreversible changes that will severely affect both the planet and ourselves.