What is an Urban Heat Island?

The urban heat island (UHI) effect is exacerbating the impact of climate change. Increased daytime temperatures, reduced nighttime cooling and higher air pollution are commonly experienced in high-density cities nowadays. Sensitive populations such as children and the elderly are particularly at risk. The abnormally hot and humid weather can lead to respiratory difficulties, heatstroke and exhaustion. 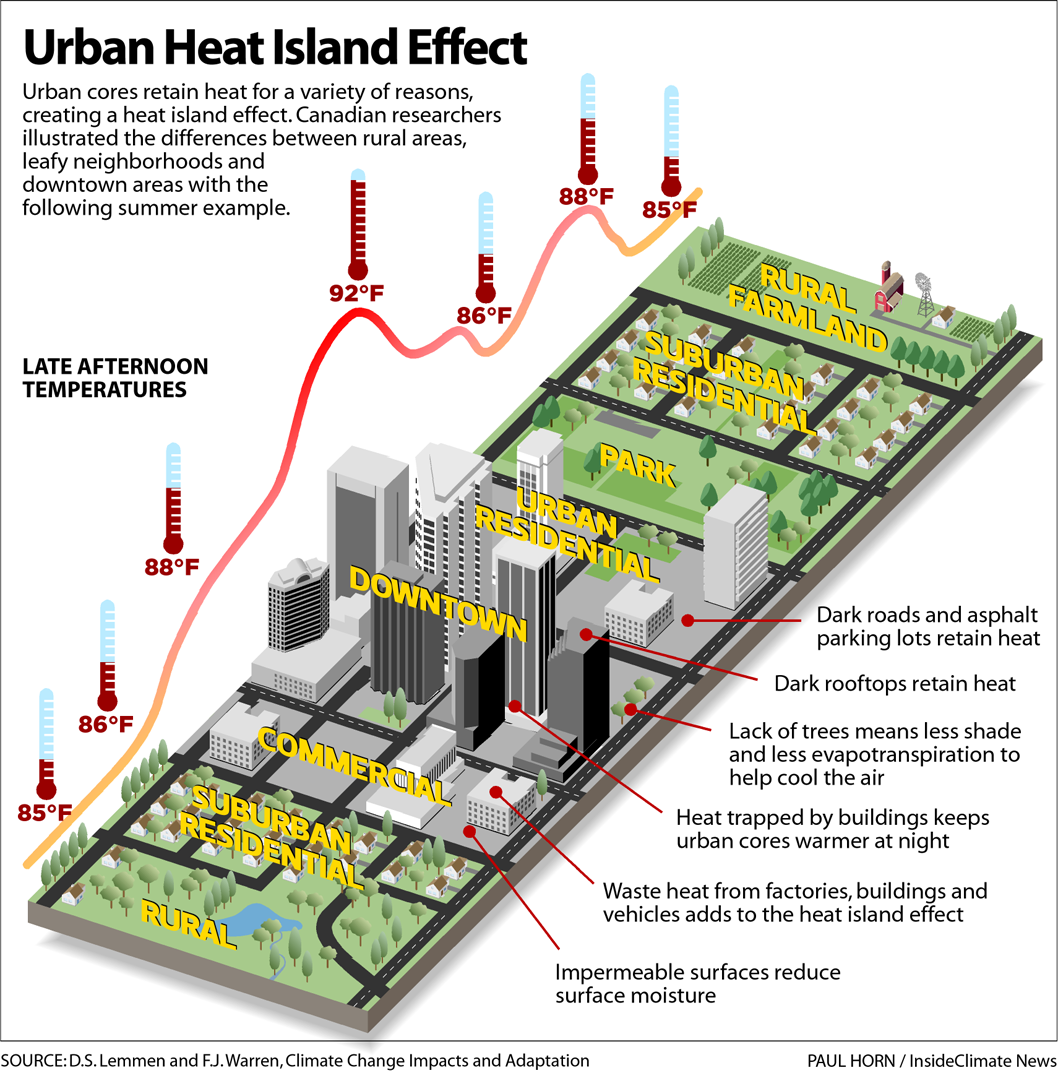 Deforestation and rapid urbanisation cause changes in the natural landscape. In high-density cities like Hong Kong, green open space is gradually replaced by skyscrapers, traffics and infrastructure. Permeable vegetation became impermeable concrete. Scientists have discovered that when compared to rural environments, the modified land surface (such as dark pavement and roofing) in the urban areas affects the storage and transfer of both radiative and turbulent heat. This phenomenon is called the urban heat island (UHI) effect.

NASA has mapped the temperature difference in an area containing Louisville and the suburban and rural areas in the vicinity. A clear contrast is observed, strong enough to make out the city’s shape. 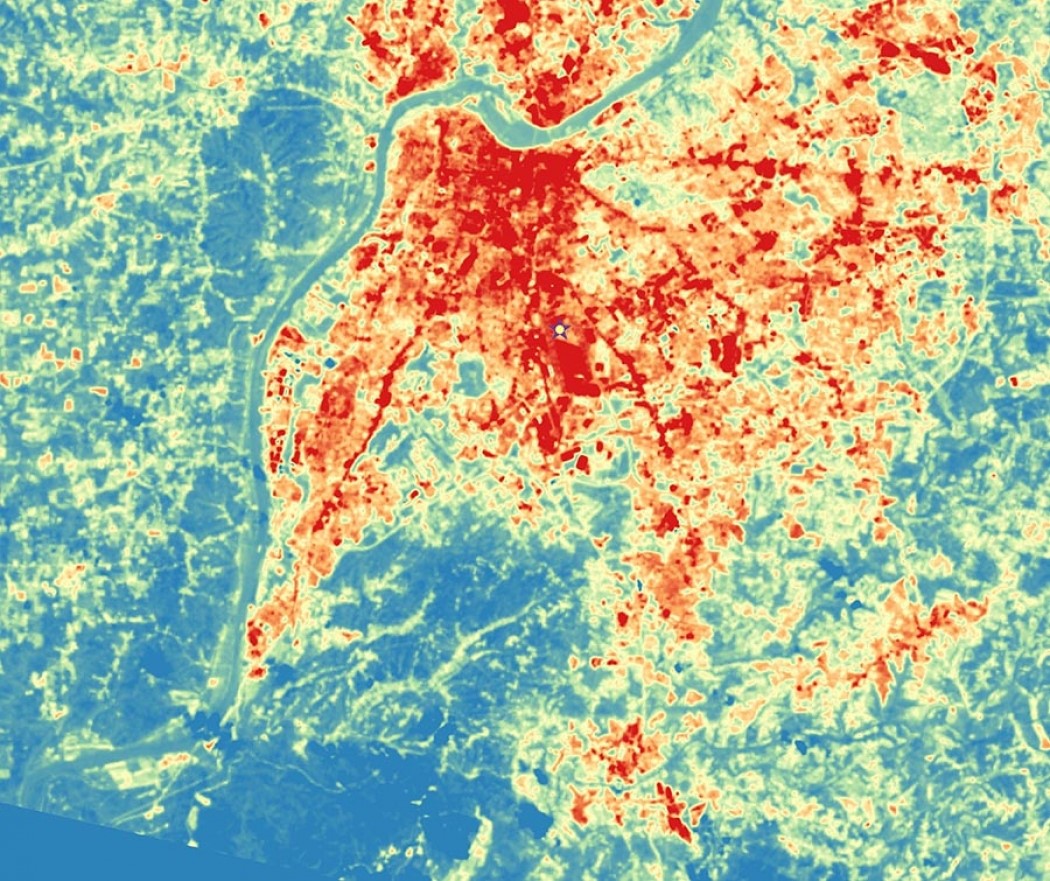 Aside from the negative effect on quality of life and general activity levels in a city, excessive heat can put younger and older people at risks of dehydration, heat stroke and heat-related mortality. Urban heat islands also increase the demand for electrical energy in summer for air conditioning, increasing sulphur dioxide, nitrogen oxide, particulate matter and CO2 emissions.

A look at the US as a whole shows how much of its land area suffers from the UHI effect. 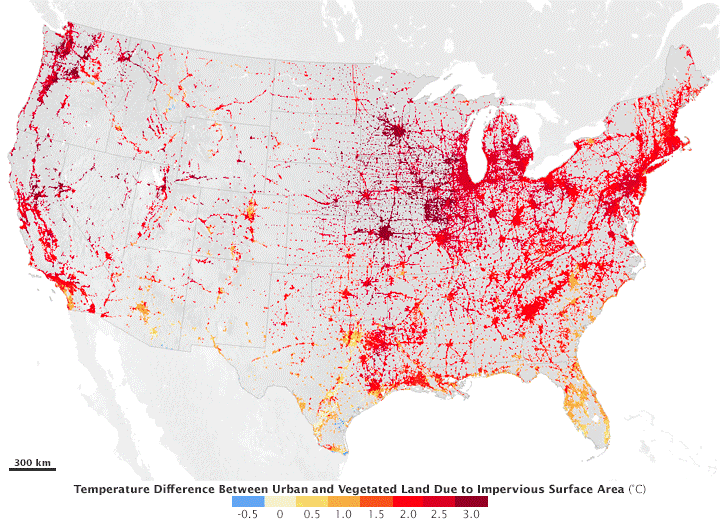 Biomimicry is a proven method for creating breakthrough sustainable solutions for extreme climate. An energy-efficient passive cooling building design is inspired by termites. 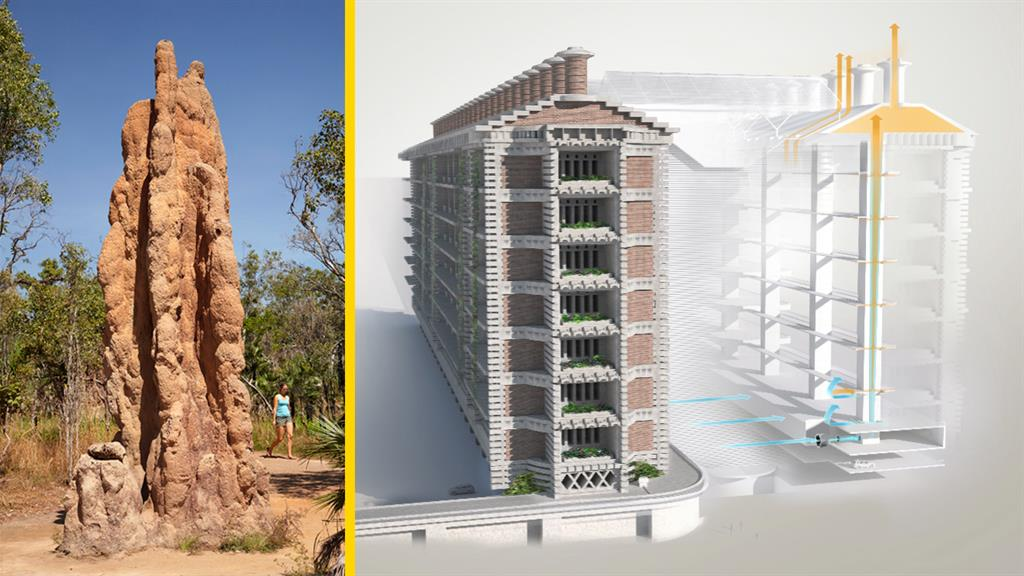 Cool night air is allowed into the bottom of the building and starts the convective flow that vents the hot daytime air through vents in the roof. Cool air is also stored in hollow floors and baseboard vents and then released into offices the next day. If future designs of buildings can cool themselves just like the Eastgate Centre, urban heat island effects induced by carbon emissions and global warming can be alleviated (Video).